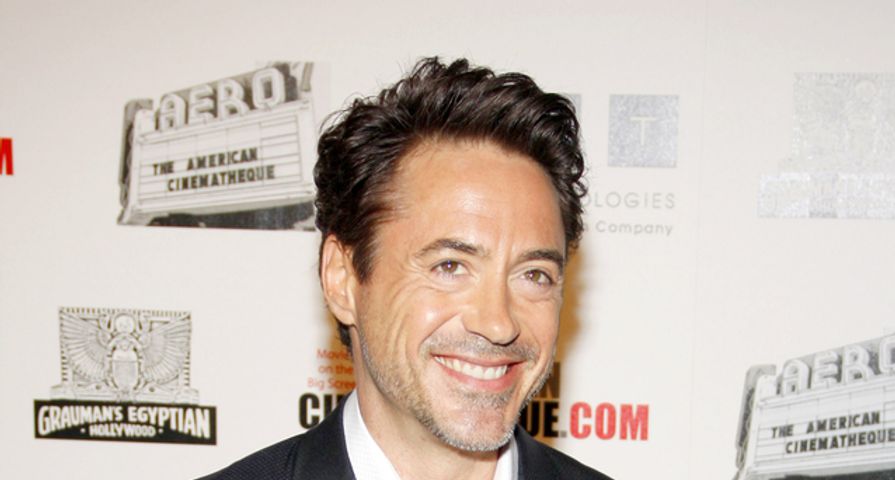 Celebrities aren’t really known for living typical lifestyles, but some stars come from backgrounds that are just that much more unusual than others. Growing up with parents who are a cult leader, a drug baron, and a spy may have contributed to who the stars ended up being as adults, but it certainly hasn’t kept them from overall success. Check out this list of eight celebrities with unconventional parents.

Rose McGowan may spend most of her time in the U.S. nowadays, but she was actually born in Florence, Italy. Her family wasn’t there to enjoy the art of the masters or food of the gods, instead it was more of a cult-like-thing that had them living abroad. And they weren’t just members — Rose’s father ran the Italian chapter of the Children of God. The group is known for its seriously questionable beliefs which could be why the McGowan family decided to leave and allow Rose the opportunity to pursue her acting goals.

Drew Barrymore’s upbringing is no secret. In fact, it was very public. In the spotlight from the time she was a baby, Drew was raised by her fame-chasing mother Jaid Barrymore who seemed more than willing to use her young child as a ticket into events and parties where drugs and alcohol were rampant (and given to the young actress) instead of having Drew home safely in her bed. And her father wasn’t any better. Descended from an iconic Hollywood family, John Drew Barrymore (1932-2004) was absent most of the time and often became violent when he visited Drew and her mother. Luckily she survived her rocky upbringing and now appears to be an awesome doting mom to her own little ones.

Joaquin Phoenix is another actor whose young life was spent in a cult-like environment. His family lived with the Children of God in California. Sound familiar? Yes, it’s the same group that Rose McGowan’s father led in Italy. But just like the McGowan family, Joaquin’s parents decided to leave the group behind. In fact, that is how the family earned their last name. Originally the Bottom family, they changed their last name to Phoenix when they moved on in order to represent their new beginning.

Olivia Newton-John may be well known for her starring role in Grease as the prim-and-proper Sandy who moves to the States when her parents relocate her family from Australia, but in real life, Olivia was raised by a spy. Seriously! Her father, Brinley “Bryn” Newton-John, was a Cambridge educated linguist who was recruited during World War II to interrogate captured Nazis. His unusual tactic of wining and dining the captives was so successful that it “was adopted by Ian Fleming” who famously wrote the James Bond stories. Olivia’s dad eventually worked for MI5 in the code-breaking Bletchley Park headquarters and was involved in deciphering enemy battle plans.

The Arquette family is another one that took a go at an alternative lifestyle…and then eventually ditched it. David Arquette was born at the Skymont Subud commune in Virginia where his parents lived with his siblings. The commune was not religious based, but instead was a “social experiment” that aimed for an ideal utopian-esque lifestyle which would somehow be achieved despite the fact that they had no electricity or running water. Eventually though, like the other commune-living families on this list, the utopian dream didn’t last and the Arquettes left Skymont Subud in the late 70s.

Jackie Chan is another actor whose dad was a spy. Yup, Jackie Chan’s dad was totally a spy. But the story doesn’t end there because Jackie Chan’s mom also happened to be a drug baron. After serving in the Chinese Civil war a teenager, Charles Chan found himself working as a National spy during the Second Sino-Japanese war, but when his own beliefs began to differ from the forces he was working for, he quit and became a port inspector. *HINT: Remember that fact. Jackie’s mom’s path was also altered by the war. After her first husband was killed by a Japanese bomb, she left behind her daughters to find an income in the big city of Shanghai. It was there that she became “Big Sister,” the head of a gambling and opium smuggling operation. She found herself in trouble, though, when they ran into trouble with a port inspector. Yup, Charles Chan. And just like the movies, the former spy and the drug lord fell in love and got married.

Ray Tang/REX
Things You Didn't Know About The Irwin Family

There’s just something about celebrities and communes. Or at least, there’s something about celebrities’ parents and communes because Winona Ryder is another star who spent time during her childhood in such a place. When she was 7 years old, Winona’s parents moved the family to the Rainbow Commune in California. There they lived with a handful of other families on a 300-acre property without electricity. Obviously, the family didn’t stick with the commune living lifestyle forever and Winona was another who went on to embrace Hollywood over Utopia.

Robert Downey Jr. had an unusual relationship with his father, to say the least. The senior Robert Downey had a serious drug addiction and Robert Downey Jr. was exposed to it all from an early age. In fact, at just 6 years old, his dad let Robert Downey Jr. smoke marijuana. “When my dad and I would do drugs together, it was like him trying to express his love for me in the only way he knew how.” Drugs became a regular part of Robert Downey Jr.’s life and he has publicly struggled with his own addictions over the years. Athough these days, he seems to be doing amazingly awesome. Keep it up, Iron Man! We’re behind you all the way!