10 Famous Mothers Who Lost Custody Of Their Kids 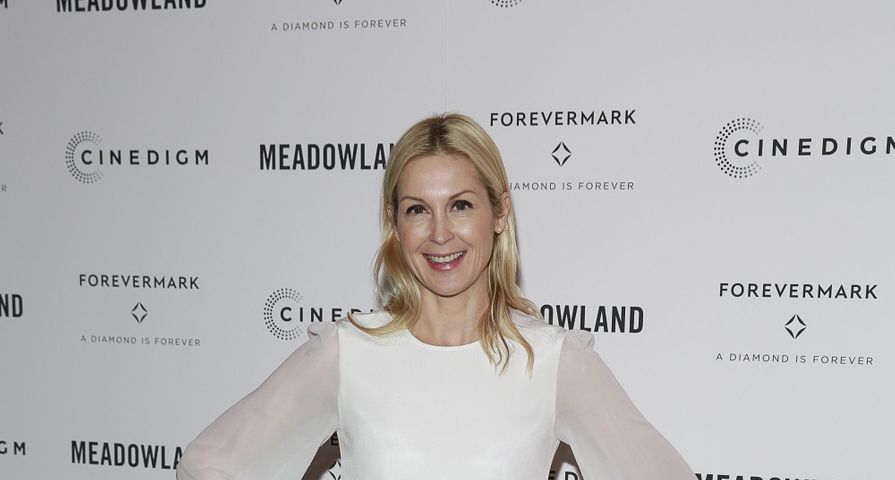 The world of Hollywood is always full of drama and spectacle, but sometimes those A-list divorces go from bad to worse when the kiddies get thrown into the mix. This list looks at the top 10 famous mothers who lost their babies to the exes.

Personal stylist to the stars, Tameka Foster, was married to R&B performer Usher Terry Raymond IV, mononymously known as Usher, from 2007-2009. A heated battle ensued over the custody of the children, Usher Raymond V and Naviyd Eli, when the couple separated after barely two years of marriage. Tameka claimed that Usher’s travel schedule would make it impossible to adequately take care of his children, while Usher’s lawyer claimed that Foster was “incapable of being a proper parent” and that she “does not have the emotional stability to or capacity to bond with them [the children], and therefore she is handicapped.” Them there’s fightin’ words! Tameka realized just how aggressive the lawyer was when threats she uttered in an argument with Usher came back to haunt her. She had to admit that she said “I will f**k you up,” upon which the judge awarded the singer primary custody of the boys.

Oh Britney, we could never get enough of your crazy ways, but our genuine concern grew back in 2007 when you seemed to go off the deep-end! Britney was married to wife-beater-wearing K-Fed from 2004-2007. When the couple decided to end their relationship, they initially agreed to share joint custody of their children, but the amiable arrangement was short-lived. After the divorce was finalized and Britney lost her aunt to ovarian cancer, she stayed in a drug rehabilitation facility for less than a day. The following night she shaved her head at a salon in Los Angeles and admitted herself to other treatment facilities during the following weeks. This was enough to spark action, and Kevin Federline pursued and was granted full custody of their boys. Britney has since been able to regain her stability and the couple have been able to reach a joint custody agreement once again.

Courtney Love has had her shares of ups and downs for the world to see, centering on excessive drug use and problems with alcohol. In spite of this, she raised daughter, Frances Bean on her own after the death of Kurt Cobain until 2009. Bean had made some inflammatory comments against her mother, including blaming her for the death of several pets, and was subsequently placed under temporary guardianship of Cobain’s mother and his sister. Courtney dealt with it the way she deals with everything: badly. She took to Facebook and wrote, “I hate to sound cold but any kid of mine who pulls this s**t has lost her position. She was deceptive, she lied and she’s lying to herself…My daughter is not always honest.” Yikes!

This porn princess had to surrender her daughter over to West Coast Choppers founder Jesse James. The couple were married in 2002, which was documented on the Discovery Channel special Motorcycle Mania 3. The show captured a wide range of their relationship including the marriage ceremony and Lindemulder throwing a vase at James and being arrested for domestic abuse. When the couple divorced in 2004, Lindemulder’s history of violence, arrests, and drug use, eventually led to Jesse James gaining custody in 2011. James’ case may have been helped by his then-wife, Sandra Bullock’s involvement in the hearing, but that happy home didn’t last long either. Wah wah.

Charlie Sheen…what else needs to be said? Charlie Sheen’s ex Brooke Mueller lost custody of their twin boys back in 2013. The kids were removed from the home because of concerns for their safety with Brooke’s long history of drug use and erratic behavior. They were taken by the Los Angeles County Department of Children and Family Services and placed in the care of Denise Richards, Sheen’s other ex, before custody was given to Mueller’s brother, Scott. Mueller did eventually regain custody of her boys, but not until 2014, almost a year later.

The ex-wife of Dwyane Wade became infamous for her wild behavior after the couple split and sole custody was awarded to her ex-hubby. The couple were highschool sweethearts and married in 2002. The marital bliss didn’t last long though and the two divorced in 2007. By 2010, Siohvaughn was only allowed visitation rights for a few weeks per year. In 2013, she almost lost that precious time when she took to the streets outside Chicago’s Daley Center with a sign that read, “NBA Miami Heat star, mother of his children on the streets.” Dwyane filed an emergency motion in response to withhold visitation because he wanted Siohvaughn’s mental state evaluated. No doubt! Dwayne married Gabrielle Union in 2009 and the couple are working on raising the boys along with Dwayne’s nephew, Dahveon.

Actress Lisa Bonet lost custody of her daughter Zoe, when the 11 year-old asked if she could live with her dad, Lenny Kravitz. Kravitz was granted primary custody and Zoe spent time with her mother in the summers. Zoe is 26 now and works as an actress, singer of Lolawolf, and model. She is well known for her role as Angel Salvadore in the Marvel Comics superhero film X-Men: First Class.

In a super awkward situation, Ludacris had a child with Tamika Fuller while dating his now wife, Gabonese model Eudoxie Mbouguiengue. Tamika and Ludacris had been long-time friends when they had daughter Cai Bella Bridges in December 2013, but about a year later, Ludacris pursued and was granted full custody after an acrimonious legal battle. Tamika accused him of trying to bribe her to have an abortion, but I suppose her accusations were too little, too late. Ludacris has three baby mommas; keeping it simple….

The ex-wifey of NFL star Deion Sanders lost custody of their two sons Shilo and Shedeur, but Pilar was initially granted custody of their daughter Shelomi. Only one week later however, a judge awarded custody of Shelomi to Deion, as well. Pilar consistently kept the children beyond her appointed times and the police had to be called on occasion. One violation of the custody agreement even landed her in jail for seven days in 2014.

The actress of the smash hit Gossip Girl lost custody of her children after a horrific custody battle. Rutherford married Daniel Giersch, a German business man, in 2006, and the couple had two children, Hermes and Helena. After their split in 2009 they reached a temporary settlement of joint legal and physical custody. Giersch’s visa was revoked in 2012 after Rutherford’s lawyer gave some information to the State Department of his suspicious business dealings, including drugs and weapons dealing in South America. Due to Giersch’s inability to travel to the US, the judge ruled that the children should live primarily in France, with Rutherford traveling to see them. In May 2015, Rutherford was granted temporary sole custody, but in July 2015, it was revoked due to issues over jurisdiction. Rutherford filed for bankruptcy due to debts relating to legal fees of the divorce and custody battle.