8 Celebrities Who Survived a Plane Crash 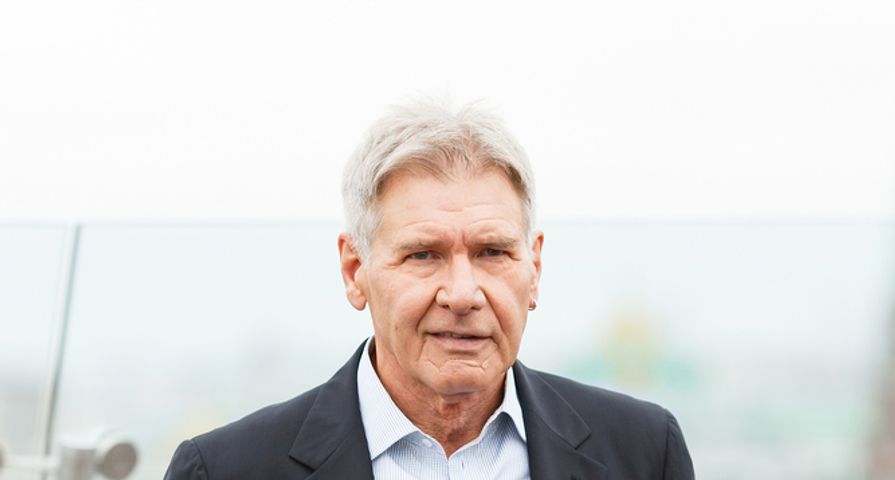 Can you imagine the horror of enduring a plane crash? Unlike most automobile accidents, plane crashes generally come with advanced warning. There are individuals who have survived the initial force of a plane crashes, yet due to the shock and stress put on their bodies from fear and anticipation, they weren’t able to survive. Statistically speaking, being involved in a plane crash is not something that many people will endure, but for those who do, hopefully they can take a page from the following celebrity survivors, and live to tell about it.

Ed Robertson is one of the two lead vocalists for the greatest Canadian band in the history of all its exports: Barenaked Ladies. Ed Robertson is also a pilot, and in 2008, he embarked on a little journey with his wife and a couple friends in his amphibious Cessna 206. Shortly after takeoff, the aircraft experienced a problem, and began to lose altitude. Being an experienced pilot, Robertson was able to guide the craft back to solid ground, and set it down in a wooded area some 300 meters from the shoreline. The crash was unexplained by Robertson, and the investigation that followed also led to inconclusive results. Ultimately, the investigator concluded that “undetected air currents” might have been to blame for the crash, but would have no way of proving or disproving such a theory. All four passengers walked away without serious injury.

In June of 2000, Patrick Swayze was out flying his Cessna 414A, his two dogs his only passengers. During his flight over Arizona soil, he felt the plane had lost its cabin pressure and he began to look for a safe place to land. He spotted a roadway in an undeveloped residential area, and believed it to be a runway. He was able to set the plane down safely, but soon thereafter struck utility pole–shearing part of the right wing from the plane–and a stop sign before ramming a utility box. The story was marred with controversy as some investigators believed Swayze to be drinking during his flight, but he, as well as three witnesses maintained that there was no alcohol on board the plane. Swayze hitched a ride to a local motel, rented a room, then met with police some six hours after the crash.

The name Allen Collins may not ring an immediate bell, but he was involved in one of the most famous celebrity plane crashes in the history of aviation. Allen was a guitarist and founding member of the legendary rock band, Lynyrd Skynyrd. The guitar solo in “Free Bird” … yep… that’s Allen. And he was in the plane crash that killed Lynyrd Skynyrd band members Ronnie Van Zant, Steve Gaines and backing vocalist, Cassie Gaines. The plane was destined for Baton Rouge, Louisiana, from Greenville, South Carolina, but ran out of fuel over Mississippi, crashing in a rural area. Allen, as well as other band members and passengers, were taken to local hospitals to address their injuries. Less than 10 years after the plane crash, Allen was involved in a car accident leaving him paralyzed from the waist down. He died in 1990 of chronic pneumonia–a complication of paralysis.

In the year 2000, Sandra Bullock embarked on a winter’s journey to the popular Wyoming ski and tourist destination, Jackson Hole. The weather conditions were harsh, and the pilot of her twin engine corporate jet slid off the runway, causing extensive damage to the wings and destroying the nose and front landing gear of the aircraft. Fortunately, no one was hurt in the crash. Sandra, her boyfriend at the time, Bob Schneider, and her dog, walked away unscathed, and only mentally and emotionally shaken. The nose of the plane was left thrust into a snow bank as all individuals deplaned, retrieved their personal belonging and went about their business. Sandra was so determined to enjoy her vacation, she refused to do any interviews about the incident until she returned home.

In November of 2014, Bono was en route from Dublin, Ireland, to Berlin, Germany, when the rear hatch tore from his Learjet at 8,000 feet. Officially, this is referred to as an in-air incident, and was never classified as an in-air emergency. The passengers on the jet were never in danger, but it was a scary experience for everyone on board. They heard a “bang,” and didn’t realize what happened until the plane was finally on the ground. At that point, it was obvious that the rear door responsible for holding the luggage in its bay tore away from the plane. The event occurred on pretty slow news day, and the story was blown out of proportion. It could have become a serious incident due to the location of the door being near the engine, but the people on the ground were in more danger from falling debris.

Is it true President Barack Obama once survived a plane crash? Technically speaking, yes. Before Barack Obama was POTUS, he was a United States senator, running for the presidency, and his campaigning got a little extra “jolt,” when his plane collided with another on the ground at Chicago Midway. At the time, Senator Obama laughed off the incident, and made it seem like it was nothing more than a couple planes bumping; however, the audio from the control tower painted a different picture when the pilot of the other plane had reportedly lost control of his aircraft. While the impact was at low speed, the issue with planes coming into contact is no laughing matter. Wings can do damage to fuselage, engines and the high capacity fuel tanks held within them. We’ll guess President Obama doesn’t have these issues with Air Force One.

These two fellas will be listed together after surviving the same plane crash. Seeing the wreckage from this crash, and it’s a wonder anyone survived. It is officially known as the 2008 South Carolina Learjet 60 Crash. There were six individuals on the flight scheduled to fly from South Carolina to the Los Angeles area, Van Nuys Airport. The accident was caused by under-inflated tires, which blew during takeoff, and the subsequent decision of the pilot to abort the flight a high speed. According to the cockpit voice recorder, the co-pilot could be heard saying “Go! Go! Go!” Travis Barker and DJ AM (Adam Goldstein) escaped the wreckage, and reached the first response team, informing them of the others. At that point, the plane was engulfed in flames. DJ AM died less than a year later of an overdose: a combination of cocaine and prescription meds.

Harrison Ford is a Jack of All Trades, and one of the things he enjoys most is flying planes. It was in March of 2015 that Harrison was flying a vintage, military aircraft, Ryan PT-22, and crashed into a Los Angeles area golf course. Ford knew his plane was experiencing problems, and he had no choice but to abandon his flight plan, and find a place to land in emergency fashion. Quick thinking allowed him to avoid several housing developments and residential areas as he lost altitude. He eventually sat it down in the fairway, crushing the landing gear and leaving quite a divot in the turf. Ford was injured in the crash, but none of his injuries were life threatening. He has since recovered completely, and it was discovered that the crash was caused by a loose carburetor attached to the plane’s engine.