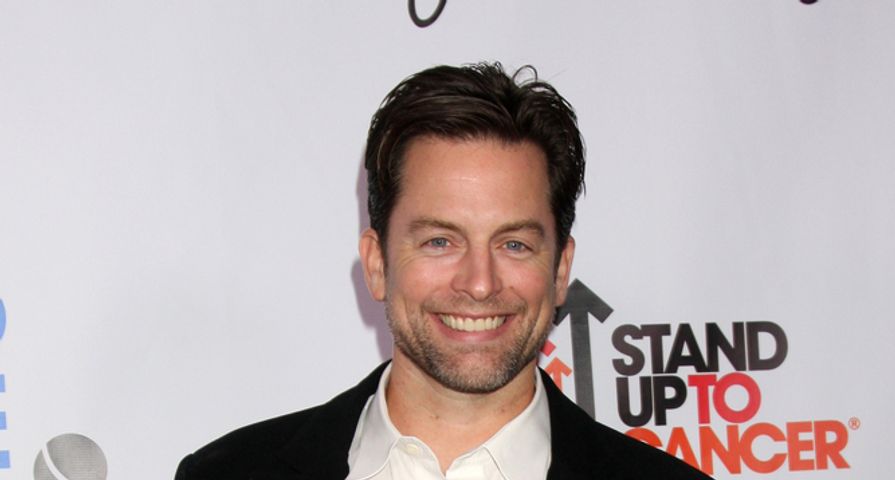 The world of daytime drama can be intense and challenging. Unlike prime time stars who adhere to a ‘one-show per week’ schedule and enjoy some sort of hiatus (usually in the summer), for soap stars it is go, go, go! Five shows a week, no breaks in the summer, and lines that need to be learned quickly, sometimes even on the spot. Since the show is constantly evolving and developing, characters are frequently given the ax (left, right, and center) without a moments’ notice, and there are ever-revolving plot twists and turns that need to be dealt with. It’s no wonder why many actors choose to take a break from soaps, or sometimes leave the business altogether. Check out our list of seven popular soap opera actors who don’t act anymore!

In the early ‘90s, Antonio Sabato Jr. stepped onto the General Hospital (GH) set and wooed fans as Jagger Cates. He also caught the eye of a young Brenda Barrett back then, but she quickly moved onto Sonny Corinthos. As it seems, Sabato moved on as well. Initially an underwear model for Calvin Klein, the second Sabato Jr. hit the daytime screen Hollywood came calling. He moved onto prime time shows like Melrose Place and even some TV movies and films. He did return to daytime for a short stint on the Bold and the Beautiful and even reprised his Jagger role on GH’s Night Shift. However, since 2005 Sabato has been doing the reality TV circuit with shows like Celebrity Circus, Wife Swap, Dancing with the Stars and was a part of a VH-1 show (that mirrored ABC’s The Bachelor) called My Antonio where female contestants vied for his heart. More recently, Sabato has been hosting a remodeling show called Fix It and Finish It.

Starting his career off as a model for Versace and Armani, Driscoll broke into the acting world with roles in Young Americans and the popular teen show, Dawson’s Creek. Still, most fans out there know him from his soap opera roles, including Henry “Coop” Bradshaw from the Guiding Light and Chance Chancellor on The Young and the Restless (Y&R). The Chance character returned to the Army in May 2011 and in real-life, Driscoll joined the Army in 2012 to follow in his dad’s footsteps. It’s no secret, many Y&R fans miss seeing Chance, but his character didn’t pass away so the door is always open for a return.

GH fans were devastated by the passing of Alan Quartermaine, a veteran of the show and a fan favorite. Playing the role of Quartermaine since 1977, the only silver lining was that he did have (very) sporadic appearances on the show playing Alan’s ghost and visiting his sister and wife. However, Damon has not been on the show since 2013 when he returned to celebrate the soap’s 50th Anniversary. An accomplished actor, Damon appeared on Broadway, and was also well known for his role in the cult classic The Champions. In 1999, Damon won a Daytime Emmy for his iconic GH Quartermaine role.

Audiences have not seen Michael Muhney since his tumultuous departure from the Y&R almost three years ago. The talented actor really could jump into any daytime or prime time role, but if you check out his Twitter account, he seems quite content with doing charity events, keeping in shape, and spending much-needed time with his young children. While the role of Adam Newman was recast to Justin Hartley, Hartley recently left the show for NBC’s This Is Us. Not surprising since rumors have begun to spark about Muhney stepping back into the Newman role. In fact, a recent tweet of his, “there’s always another chapter to write,” helped fuel this internet fire. It could happen as many things have changed since Muhney left the popular soap, but then again, there’s a strong possibility it may not. Either way, Muhney has a strong Y&R fan base that misses seeing him on the soap daily.

At the age of 79, accomplished actor John Reilly has done a lot in his career. He’s been in films like What’s Eating Gilbert Grape and Touch and Go. He’s appeared on prime time shows like Cagney and Lacey, Beverly Hills 90210 and Silver Spoons. He’s also won the hearts of many soap opera fans over the years with roles in As The World Turns and Days of Our Lives. Still, he may be best known for his soap characters on GH and Passions. He played Sean Donely on GH from 1984 to 1995, and while Anna Devane and Robert Scorpio have popped up on the soap now and again, their BFF Sean was (for the most part) busy doing other things. The last time the actor was seen on daytime screens was in 2013, reprising the Donely role for GH’s 50th Anniversary.

Daytime drama fans were devastated to learn in late 2015 that the legendary Joseph Mascolo had decided to retire from the world of acting. At 87 years of age, he had spent over forty years building an incredible legacy when it came to his craft. He not only touched soap opera fans with his iconic DOOL character Stefano DiMera (not to mention other incredible roles in Santa Barbara, GH and The Bold & the Beautiful), Mascolo also dabbled in prime time roles and films. He’s been busy for so many years, the actor definitely deserves to enjoy retirement, but his absence certainly left a gap in the hearts of soap opera fans everywhere.

It’s only been just over a year since Anthony Geary bid adieu to GH with plans of re-establishing himself in Holland and having some down time. Originating the legendary Luke Spencer role in 1978, not only has Geary broken Daytime Emmy records (eight statues in total), he and side kick Laura took the soap opera world by storm and shattered ratings when they got married in 1981. Needless to say he is quite missed, and it shows in the fact that while Luke is not physically in Port Charles, his name still consistently gets dropped, and returns are constantly being teased in storylines.