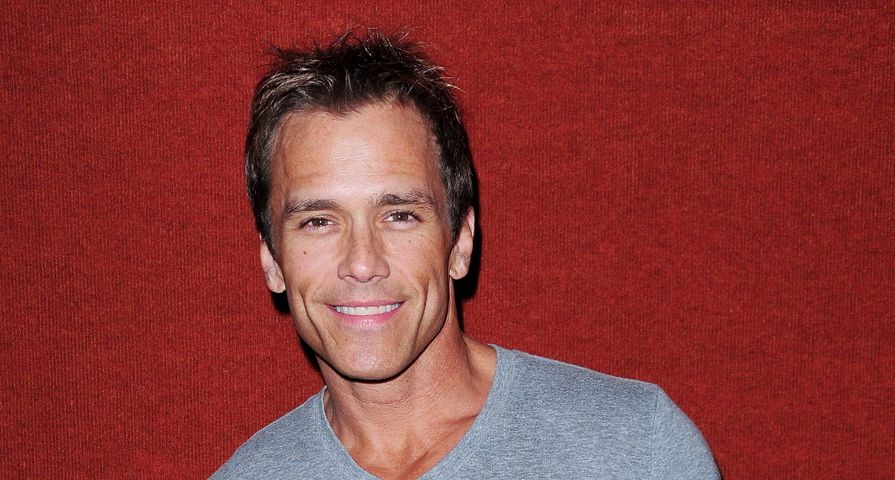 For well over forty years now, The Young and the Restless (Y&R) has been entertaining fans with the trials and tribulations of Genoa City residents. In that time, viewers have fallen in love (or have loved to hate) a variety of leading men. Despite his dastardly ways, Victor rules this little town and his on-again-off-again rival Jack Abbott always seems to have something up his sleeve. Michael Baldwin ensures there is justice, and when it comes to Nick Newman, well he’s the good guy that can’t seem to find a break when it comes to romance. But what about some of the other men who once adorned our small screens? Where did they go? Below are some popular but forgotten Y&R actors.

Dr. Scott Grainger Sr. was a staple within Y&R storylines in the late 1980s and early 1990s, as Lauren Fenmore’s main squeeze and the reason why Sheila Carter made it her life mission to destroy Fenmore. Actor Peter Barton was quite the teen heartthrob in the ‘80s, featured on teen magazines like 16 and Tiger Beat, plus, making guest appearances on the Love Boat, as well as The Fall Guy.

Greg Foster was a prominent Y&R character, almost turning the Reed sisters (Nikki and Casey) against each other in an effort to vie for his attention. While actor Jim Houghton is most well known for his work on the primetime drama Knots Landing, he was a huge part of Genoa City in the early-to-mid ‘70s. Interestingly enough, when the 1990s would hit, Houghton would use his experience in daytime drama and become a soap writer on the Y&R and Bold and the Beautiful.

A soap opera veteran, Irizarry has played on a variety of daytime dramas, from Days of Our Lives to Santa Barbara, One Life to Live, All My Children, and of course, the Y&R. Joining the cast in 2006, Vincent played the slimy David Chow, a man who manipulated Nikki Newman into a relationship.

Playing the role of private investigator Andy Richards, actor Steve Ford was part of the Y&R cast in the 1980s, and briefly in the early 2000s. He romanced Nikki Reed, Jill Fenmore, as well as Diane Jenkins. Interestingly enough, Steven also happens to be the son of former United States President, Gerald Ford.

Dr. Tim Reid popped up in the land of Genoa City in 1996, when Phyllis showed some interest in him in an attempt to make beau Danny Romalotti jealous. Interestingly, as it seemed that the good doctor could not even hold a candle to the rock star. Still, the entire angle proved to be very entertaining, and actor Austin Lustig enjoyed a nice two-year stint on the soap opera, before hopping to the Y&R’s sister show The Bold and the Beautiful.

For those avid daytime drama fans, you may recognize this soap veteran from his roles on Days of Our Lives and General Hospital, but Greg Vaughan was also once wrapped up in some pretty heavy drama on the Y&R as well, playing Diego Guttierez. In the early 2000s, a needy Sharon was smitten with Diego and seduced the handsome coffee server into a one-night stand. As luck would have it, Victoria Newman was also taken by Diego too. What would unravel next was a pretty intense storyline which involved the Newman family’s lack of approval, and poor Sharon and Nick were dragged into it too. Sadly, Guittierez ended up leaving the little town in 2003, which meant fans had to say goodbye to actor Greg Vaughan.

Blade Bladeson sounds a bit like the name of a wrestler, but in the ‘90s he played a huge role within Genoa City. Michael Tylo was the actor behind Blade, a mysterious photographer for Jabot who caught the eye of Ashley Abbott and the two ended up getting married. In typical soap-cheese fashion, Blade had an evil twin Rick, who ended up locking Blade up and running around town, pretending to be him. Despite the fact that people caught on to Rick’s villainous shenanigans, several other twin swapping incidents occurred after the fact, and Blade ended up passing away in a car accident in 1995.

A veteran of both daytime and primetime soap opera, actor J. Eddie Peck has been on All My Children, Days of Our Lives, Dynasty, Dallas and Y&R. Peck played novelist Cole Howard. When he first entered Genoa City in the early ‘90s, he was Nikki’s stable hand, and it didn’t take long for these two to jump in the hay (so to speak), especially since Nikki had thought that Victor had passed on, and Cole offered her a shoulder to cry on. Cole and Nikki’s daughter Victoria would eventually hook up, and even got married at one point. Howard would move to other relationships and affairs, including a marriage to Ashley Abbott. Alas, in late 1999, Cole left Genoa City to accept a job as a professor at Oxford University in England. Would anyone else love to see him return?

Before he was on Baywatch, CSI Miami, Ugly Betty – and well before his romance with LeAnn Rimes – actor Eddie Cibrian played Matt Clark on the Y&R. Yes, he was a handsome senior who seemed to have it all when he was introduced to audiences in 1994, but what viewers all came to learn was that Matt had a nasty streak. Not only was he an arrogant bully, but he was also had a hate-on when it came to Nick (for stealing his then-girlfriend Sharon). This story angle was only the start for Nick and Sharon, as their romance took many ups and downs after Matt Clark came into and left their lives.

Who doesn’t miss the man who was able to keep the Newman Ranch in order 24-7? Miguel Rodriguez was a butler, chauffeur, nanny, confidante, and all-around manservant to Victor and Nikki for over thirty years. While Rodriguez didn’t always have a prominent storyline, actor Anthony Pena was a staple on Y&R for many years, with the character engaging in some flings of his own. He hooked up with Katherine Chancellor’s maid at one point, Ester Valentine, and was also involved with Sarah Lindsey, who was going by the name of Veronica Martin. Alas, Pena simply disappeared in late 2005, never to be heard from again. It wasn’t until 2008 that writers filled in the gap for fans, saying that he had left Genoa City to care for a sick Aunt of his.

Anyone else miss Rex Sterling? The con-artist turned sweetheart was played by actor Quinn Redeker from 1988 to 1994. He stole the hearts of fans, as well as Jill Abbott and her nemesis, the late and great Katherine Chancellor. He certainly had his ups and downs in Genoa City, but the good news is he not only was able to re-establish a bond with his son (Danny Romalotti) and daughter (Gina Roma) but also shared a wonderful relationship with Kay. Interestingly enough, Quinn played Nikki’s abusive dad (Nick Reed) on the show in 1979, well before he stepped into the shoes of Sterling in the late ‘80s.

A young Scott Reeves hopped into the Genoa City scene in 1991 as Ryan McNeil, a young man looking to take the corporate world by storm. He started from the bottom in the Newman’s mailroom and eventually became an executive for the company. He wowed everyone in the Genoa City business world and managed to steal some hearts along the way. There was a serious love affair with Nina Webster, but his true love may have been Victoria Newman. He married Vicky in 1992, but it ended in 1993 due to intimacy issues and an affair. Still, the two gave it a go once again in the early 2000s, and were almost re-wed. Unfortunately, a jealous ex-lover (Tricia Dennison) shot Ryan at the altar right before he and Vicky were supposed to say “I do” for a second time.