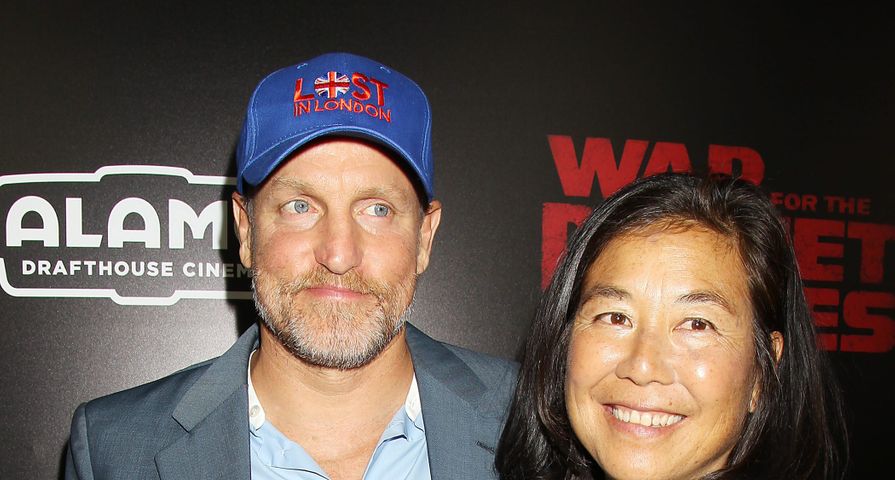 One of the biggest determining factors of whether two people are in a relationship is whether they are exclusive with each other or not. For the most part, infidelity is one of the biggest threats to a relationship. Unfortunately for celebrities, the odds of infidelity seem to be extremely high because of the lifestyle associated with fame. There is an endless cycle of stories and rumors circling in the media of celebrities who’ve been caught cheating. If confirmed, it typically leads to the demise of their relationship, but sometimes their significant other stands by them. Here’s a look at 7 celebrity couples who survived cheating scandals together!

As a popular celebrity couple, Beyonce and Jay Z have been plagued with rumors of infidelity their entire relationship, but they had never acknowledged them until recently. Beyonce’s most recent album Lemonade caused a huge stir because it seemed to addressed the rumors by telling the story of a scorned woman. Less than a year later, Jay-Z released the song “4:44” which seemed to act as an apology to his wife. The song includes lyrics like “And if my children knew/I don’t even know what I would do/ If they ain’t look at me the same/ I would probably die with all the same,” and “You did what with who?/ What good is a menage a trois when you have a soulmate?/ You risked that for Blue?” Despite being a fiercely private couple, these two got pretty candid about their relationship in their latest music ventures, but seem to be doing better than ever. They recently welcomed twins, Rumi and Sir, in June 2017.

Late Show host David Letterman married Regina Lasko in 2009 after 23-years of dating and having a son together named Harry. Oddly enough, the same year that Letterman finally decided to wed his long-time girlfriend, he was caught up in a scandal. He went on his show and publicly confessed to sleeping with women that worked for him at the Late Show in an attempt to stop the $2 million blackmail plot of one of his former assistant’s boyfriends. In an interview with the Rolling Stone, he said: “It was easily the lowest point of my life. I don’t know how else to describe it. I felt like I’d dug a bottomless pit, and I was falling into it.” Not only was Letterman in jeopardy of losing his job, but also his family. Not surprisingly, Regina threatened to file for divorce when she found out about her husband’s infidelities but ended up sticking by his side.

Former professional basketball player Kobe Bryant and his wife Vanessa are no stranger to tabloid headlines. The couple has been married since 2001 and despite all their ups and downs and controversial rumors, the pair remains married and are co-parents to their two daughters, Natalia and Gianna. Six months after the birth of his first daughter, Bryant was charged with sexual assault against a 19-year-old girl in Colorado. Two weeks after he was charged, Vanessa and Kobe gave the impression of a unified front in a joint interview where Bryant said: “I sit here in front of you guys furious at myself, disgusted at myself for making the mistake of adultery. I love my wife with all my heart. She’s my backbone.”

Reality TV stars Shannon and David Beador joined The Real Housewives of Orange County in season 9, and right from the get-go, their marriage was a topic of discussion. It was clear from their demeanor on-screen that something was not right. The truth of the matter was revealed when a rumor began swirling about David’s infidelity. They eventually shared all the nitty-gritty details with the public in an attempt to move past it. It turns out David’s affair began shortly after they started filming and lasted for nearly eight months. To make matters worse, it was with a woman that Shannon knew and had confided in about her marriage troubles! Keeping their family together took a lot of hard work, especially for Shannon, who had to figure out how to move past it. Although they spent a couple of years working things out, in October 2017, they announced that they were pulling the plug on their marriage and two months later Shannon filed for divorce.

In 2010 Bones actor David Boreanaz and his wife, Jaime Bergman, decided to share public details about their marriage, including the fact that Boreanaz cheated on her. The pair got married in 2001 and share two children together, Jaden, 15, and Bella, 8. They had been dealing with the issue privately for about a year before they were forced to go public with the information due to an extortion attempt. “I was associated with a woman who I was involved with and had a relationship with. She asked for money. I felt as though I was being blackmailed or there was some sort of extortion. [The woman] was asking for six figures and would go to the media if we didn’t pay. I felt threatened,” said Boreanaz. Jaime chimed in on the interview to add: “There’s anger. There’s hurt. There’s disgust. But there is a love. For me to walk away from that, I don’t think would be the right thing to do.” The couple is still married to this day!

Paul Balthazar Getty married fashion designer Rosetta Millington in 2000 and together they share three daughters, Grace, Violet, June Catherine, and a son named Cassius. Despite their picture-perfect family, these two had their fair share of marital woes in the past. In 2008 Paul’s affair with British actress Sienna Miller was highly publicized. The news broke after he was photographed kissing a topless Miller. Paul and Rosetta separated in the summer of 2008, and Getty continued his affair with Miller until May 2009. In a 2010 joint interview with Harper’s Bazaar, Paul said he turned back to his family afterward because he missed them and Rosetta allowed him to give it another try because she is “understanding enough and spiritual enough.” Rosetta, on the other hand, could not explain why she allowed him to come back, but rather said, “You can do two things in life when an obstacle comes your way. You can tackle it, or you can allow it to break you down.”

Hollywood actor Woody Harrelson was involved in one of the most bizarre and shocking cases of infidelity. In 2002 Harrelson’s wife found out he’d cheated on her when he had a foursome with three women he’d met at a bar in London. Two women approached him and proposed to “take a walk on the wild side,” and when he left in a cab with them, a third woman got in. In an interview with The Hollywood Reporter, Harrelson recalled: “We went to my place, and one of the girls was a razzi [paparazzi] or worked for them, worked for the rags. And she got a photographer to come out. That one girl manipulated the other two. I was bummed when they all left together ’cause I knew it was going to happen [an article].” What’s arguably the most shocking part of the story is that when his wife Laura found out about the story from a friend, she simply replied: “That must have been really hard for you, to have this sh-t exposed.” Of course, he grovelled for her forgiveness and she gladly gave it to him. They are still together to this day.