Home » Celebrities » Entertainment » 7 Celebrities Whose Careers Skyrocketed After A Breakup

7 Celebrities Whose Careers Skyrocketed After A Breakup 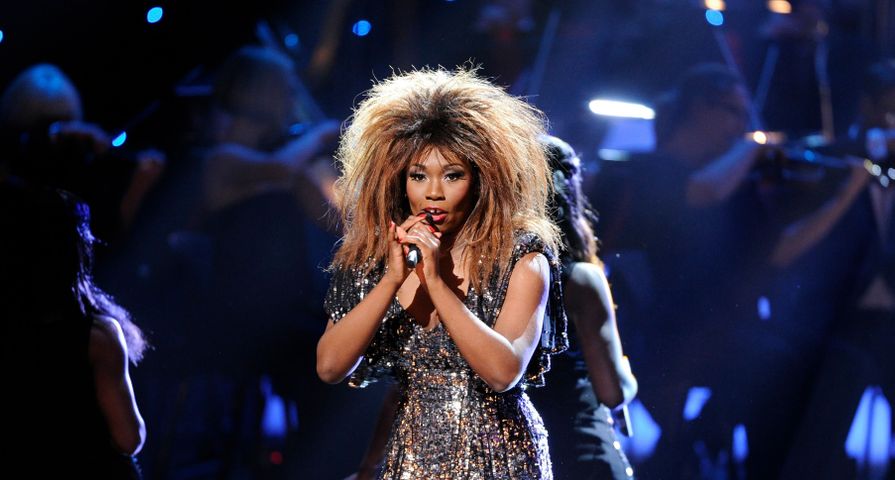 There is an inherent suck to a break up, whether it is a relationship still in the dating stages, an engagement or a marriage — they are all hard to get through. And if there’s anything a celebrity knows, it’s that there’s no immunity to breaking up, or having to do it somewhat publicly. We’ve assembled a list of nine, very well known celebrities, ranging in age from their 20s to their 70s where the story remains the same: a spike in success can be enjoyed after a breakup, and sometimes the breakup may serve as a catalyst to different life success.

Before Ellen offered her grand coming out via Oprah, then to Oprah on her own sitcom, she starred opposite fellas as a love interest, and nobody thought anything of it. After her announcement that she into the ladies, it didn’t take too long before the world was privy to her relationship with Anne Heche, whose relationship with Ellen was odd, because Anne had had only dated men prior to meeting Ellen. You could see that at some point, the ball was going to drop. The loving soul that is Ellen stayed with Anne for three years, and then Anne bailed from the relationship, stating that she wasn’t really a lesbian, but struggled with some issues from her past. Ellen had to have been crushed, but she dusted off the rubble and launched into the beginnings of what now serves as one of the most popular daytime TV talk shows of all time.

Nicole Kidman and Tom Cruise were married for 10 years before they split in 2001. In the following few years, Nicole’s career took off with monumental roles in films like Moulin Rouge, The Hours and The Others. In 2003, she made history being the first Australian to win an Oscar for Best Actress for her role in The Hours. In an interview at the Women in the World summit event Kidman said, “Out of my divorce came work that was applauded so that was an interesting thing for me.” She did admit that it was a lonely time for her, but it clearly ignited a creative fire in her that launched her career into even more fame and success than she had during her marriage with Tom Cruise. Later on in 2006 she married country artist Keith Urban. The Hollywood couple have been incredibly happy together and even share two daughters, Sunday, 7, and Faith, 4.

When we think of Justin Timberlake and Britney Spears together we immediately think of a demin duo walking the red carpet at the 2001 American Music Awards. Those outfits were just wrong, and apparently their relationship was too. It has been awhile hasn’t it? Many of you whipper snappers reading this post may not have even known that the duo were ever a thing, but boy were they a thing. They met as the new generation of Disney’s Mickey Mouse Club–yes, with the likes of Ryan Gosling and Christina Aguilera–and their puppy love eventually blossomed into teenage exploration, and of course, that hot and heavy serious relationship of their early 20s. Eventually, Justin called it quits, and then ventured out on his own to drop a few solo jams. He exploded in popularlity. In 2002 he released the single, “Cry Me a River,” and it featured a girl cheating on her boyfriend and a boy offering a little revenge session. The girl in the video was certainly cut to resemble Britney.

The next two individuals are unique to this list, but they’re not unique in the realm of breakups. A-list couples often enjoy some skyrocketing success after they cut ties with a significant other and move on to new ventures. Whether it’s just the news of the breakup thrusting them into the spotlight or because of career changes — it’s fame nonetheless. Such is definitely the case for Liam Hemsworth. He and Miley Cyrus enjoyed a fast and furious relationship, reaching a fever pitch on the set of The Last Song in 2010. The two fell in love, they became engaged and everything seemed like it was on the up and up. Then Miley went in a “new” direction. Liam pleaded with her to consider the things she was choosing, and the rebranding she promoted as an artist. It came to a head, and Liam called off the engagement. He hasn’t stopped working since, and it’s probably because people see him as someone with such good sense. Most recently he’s been known for a lead role in the huge series Hunger Games and starring beside fan favorite Jennifer Lawrence. Talk about a step up!

On the other side of the coin, there’s Ms. Miley Cyrus. The good girl gone bad…or should we say wrong. Miley, like so many who have legitimate talent, but decide to degrade it to spectacle, is presently living on a path of infamous fame. She’s best known now for causing a scene rather than her actual talent. Some of her songs could be recognized as good, but unfortunately the shows are always such a spectacle it takes away from the actual music. Despite all of this, she’s never been  more popular among the masses. Her break up from fiance, Liam Hemsworth, proved to garner sympathy from some fans, and apparently made me feel more comfortable taking off her clothes. Ultimately, it was less than a 12 month swing where Miley decided she wanted to pursue a different path, and wisely, Liam wouldn’t go along for the ride. Miley has done exceptionally well on the financial front, but she hasn’t gone without facing her fair share of backlash. And she has Liam to thank for her wildest success: the Wrecking Ball video.

Mila Kunis: what a career she has enjoyed to this point. From the hotheaded Jackie Burkhart in That ’70s Show to Lily in Darren Aronofsky’s Black Swan, this actress who started out as a young girl has now grown into a young woman in front of our very eyes and we’ve realized along the way she does possess some serious talent. What many people don’t realize, while she was struggling to bust out of the pigeonhole created by That ’70s Show, she was dating Macaulay Culkin. She and Mac dated for years–eight years to get specific. It was surely a comfortable relationship, but in hindsight it seems like Mila was the stability in Macaulay’s life and that had to take a toll. After the quiet split, her career was moved to the launch pad at Florida’s famed Cape Canaveral. She was destined for great things. How amazing was she in the completely underrated comedy, Forgetting Sarah Marshall or Friends With Benefits? No arguing about Mila–she’s as sharp as a tack, and her talent runs exceptionally deep.

Now it’s time to offer homage and credit where due as we honor a living legend. Tina Turner became the definitive example of the success that could follow a serious, celebrity breakup. For Tina, her breakup was from husband, and fellow band member, Ike Turner. The Hollywood version of Ike and Tina has been told many-a-time, but the real version was steeped in less drama, and a lot more sadness. Yes, their relationship was exceptionally abusive, but Tina remained married to Ike from 1962-1978. The catch: Ike was instrumental–no pun intended–in Tina’s success as a musical talent and entertainer, but she was also his caged bird. When Tina finally left him, she couldn’t be captured from such great heights. She went on to become a worldwide solo sensation, and proved to everyone, including herself, that she was just fine as Tina.