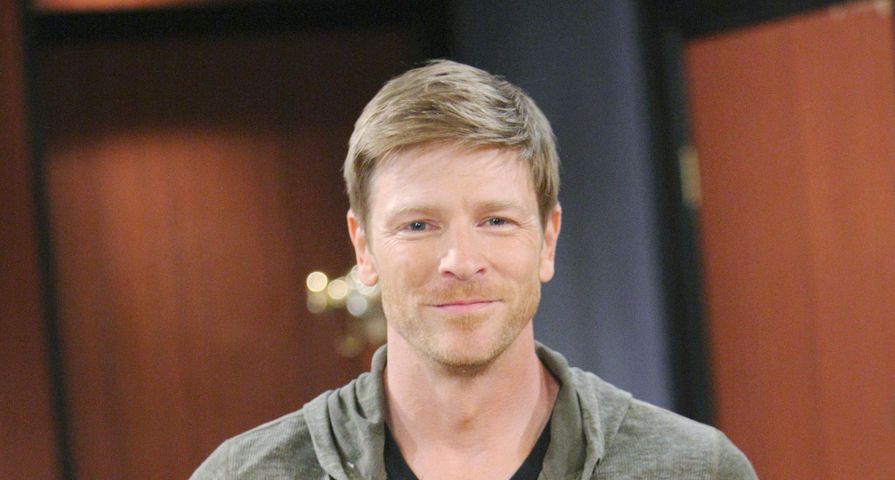 Recasting a soap opera character is never an easy thing to do. It can be especially difficult when an actor/actress has been in a specific role for a long period of time or has established the character from the get-go. Unfortunately, the Young & the Restless (Y&R) has seen its fair share of recasting over the years and, while at times they were able to knock it out of the park (i.e. Adam Newman), there have been other instances that have not been quite as successful. Below are some regrettable recasting decisions as it relates to Y&R.

Between the original Victoria, played by Heather Tom, and recent Vicky (Amelia Heinle), there was an actress who was recast in the role for some months in 1997. Simply put, actress Sarah Aldrich didn’t do the Newman character justice, and had pretty big shoes to fill replacing Heather. Tom would reprise the part shortly after Aldrich’s exit.

Actress Eileen Davidson has played Ashely Abbott (on and off) on the Y&R for decades now, and simply owns the role. There was a period of time when she was off the show, and actress Brenda Epperson stepped in from 1988 to 1995. Epperson did an okay job as Ashley; however, it was a terrible recasting decision on the Y&R’s part to place Shari Shattuck in the part from 1996 to 1999. She’s a good actress, but didn’t fit the character’s true essence in the least. 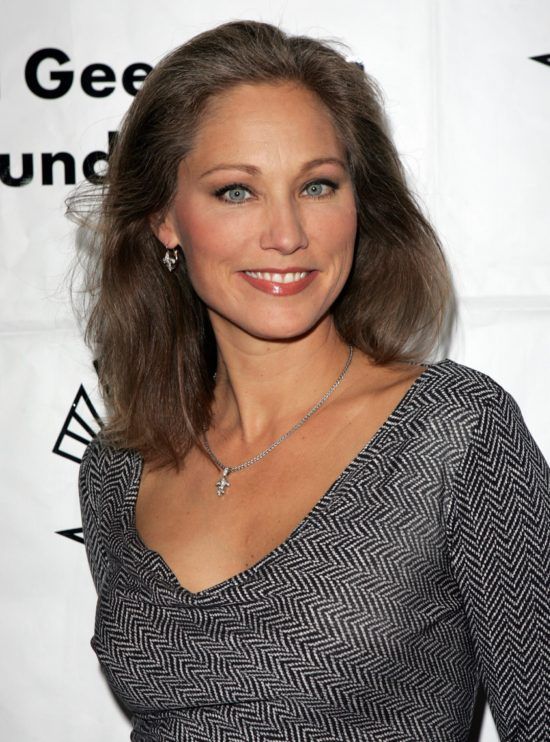 Believe it or not, while Sharon Case has grown with her Sharon Newman character over the years, she’s not the first actress to step into the role. Film and television star Monica Potter was the original Sharon, and only lasted months. Then actress Heidi Mark would step into the part for some episodes, but clearly didn’t cut it and wasn’t a good fit for the character. Case entered Genoa City in 1994, and the rest is history. 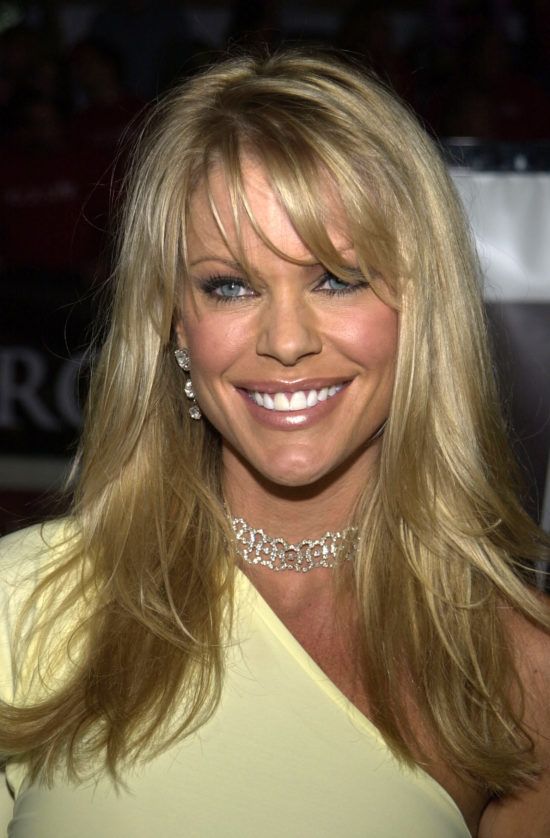 Billy Abbott has always been a unique character on the Y&R. Charming, a bit of screwup, yet extremely loveable. This makes it no surprise that the role has been recast quite a bit. While actors Jason Thompson and Billy Miller have by far been the best to jump into the Billy part, Scott Seymour hits this recast fail list because he was never truly able to nail the role. 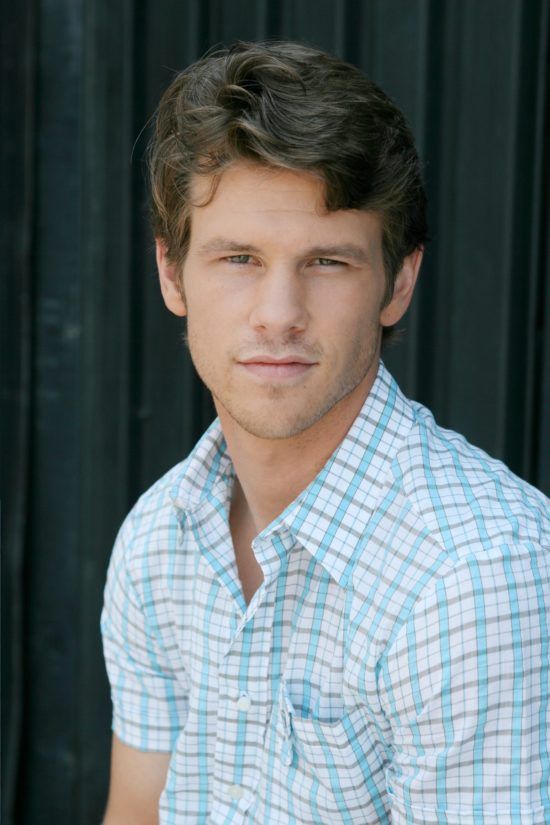 Kyle is a lot like his uncle Billy in the good looks and charms department, which makes current recast Michael Mealor such a good fit. Having said that, the actor who previously played Kyle from 2015 to 2016, Lachlan Buchanan, was a failure. Kyle had a dorky and sleazy edge to him; this Kyle is much more appealing. 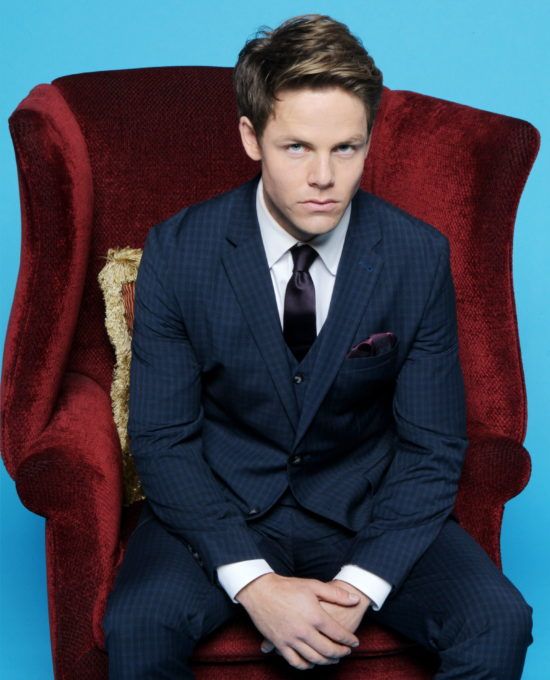 The role of Jill Abbott has been played by many actresses over the years, and most fans can agree that the original Jill (Brenda Dickson) and current Jill (Jess Walton) have led the pack when it comes to this character. One “Jill” recast that didn’t quite shine was Melinda Fee, who jumped into the part for a little while in 1984.

How does one fill the shoes of the original Malcolm, played by actor Shemar Moore? Darius McCrary was recast into the role from 2009 to 2011, and Y&R fans everywhere were devastated. Maybe it was because viewers could shake him from his primetime “Eddie Winslow” Family Matters character, or perhaps he simply didn’t fit the part of Winters in the least. Either way, the recast was a terrible decision. 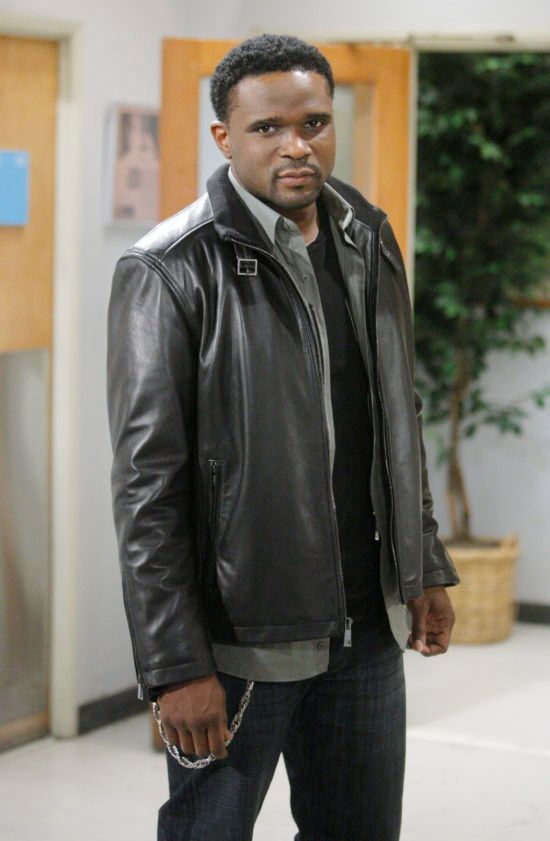 David Tom was the original Billy Abbott, stepping into the role in 1999 by portraying a teenage Billy. Although he left the show in 2002, he reprised the role in 2014, taking over for Billy Miller. He faced a tremendous amount of criticism and backlash from fans as a result. Unfortunately for Tom, Billy Miller was adored by Y&R audiences after he stepped into the role of ‘spoiled rich kid’ Abbott in 2008. He helped to evolve the character from an egotistical screw-up into a charming yet lovable fan favorite.

Only four months after stepping back into the role, Tom was fired. In an interview with CBS Soaps In Depth, Tom was quoted as saying the reason for his departure had to do with his looks: “they said they let me go is that I obviously looked too young when they placed me with [the new] Kelly [Cady McClain].” Alas, David Tom was out, and in came Burgess Jenkins. 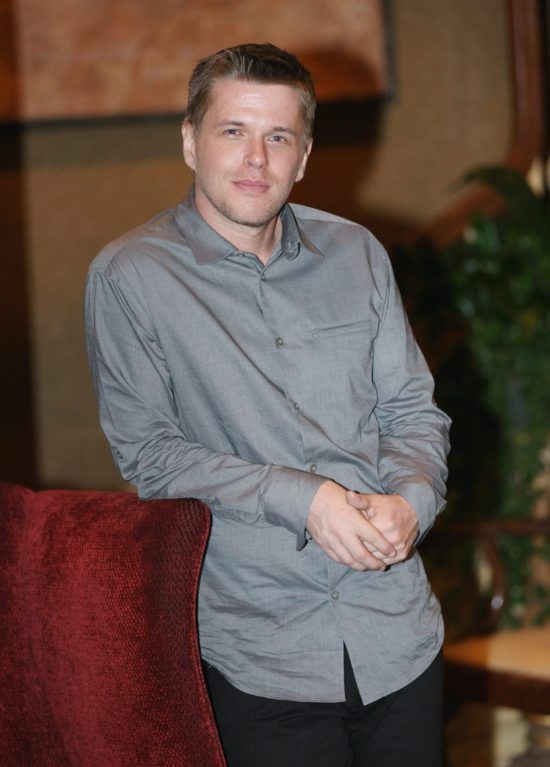 Speaking of Billy Abbott, Burgess Jenkins was placed in the role after David Tom was fired by Y&R. While he survived a little longer than Tom, he still didn’t seem to have the qualities that made Billy Abbott such a strong character within Genoa City. Jenkins lasted from 2014 to 2016, and then actor Jason Thompson was brought it that year. He’s done fairly well as Billy Abbott and has been in the role since. 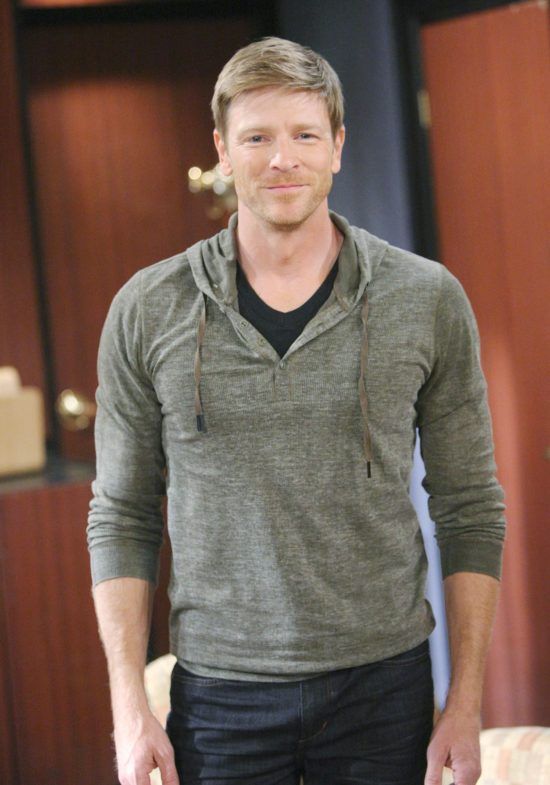 Amelia Heinle can be considered somewhat of a veteran of the Y&R cast, as she has grown into her Vickie Newman character well over the past ten years. However, this wasn’t always the case. Heinle did receive some mixed reviews from fans when she initially stepped into the role. She took on the famous Y&R character in 2005 after popular fan favorite Heather Tom left the show in 2003. It did take some time for the audience to warm up to the new Vickie Newman. Still, through the years, Heinle has worked hard to really make the character her own, and nowadays, most Y&R fans could not imagine anyone else playing the feisty, smart and beautiful daughter of family patriarch Victor Newman. 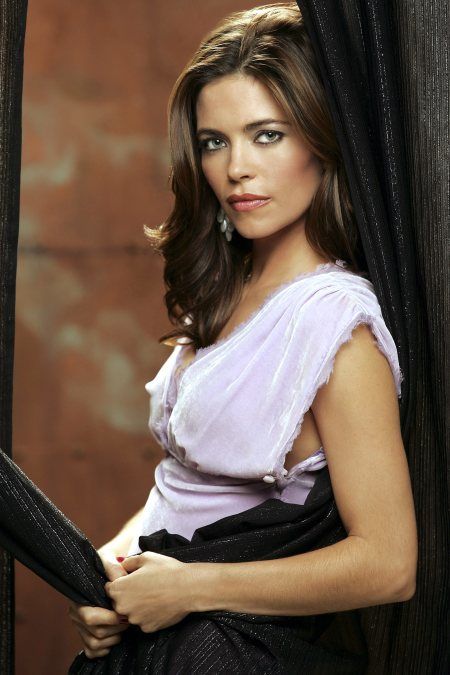 Amongst the many Y&R casting changes that took place between the 2013 to 2014 time period, one major one was another member of the Newman clan: Abby Newman. Replacing Marcy Rylan who played the ditzy, turned somewhat serious Abby between the years of 2010 to 2013, Ordway has seemingly kept the ditzy aspect of Abby alive, which is reminiscent of how Hayley Erin played the role (as a teenage Abby) from 2008 to 2010. The Abby Newman character is a unique one that walks a fine line between narcissistic yet socially responsible, young and carefree. Ordway has evolved the character and some strides over the years, but there are many Y&R fans who still miss Rylan as Abby Newman. 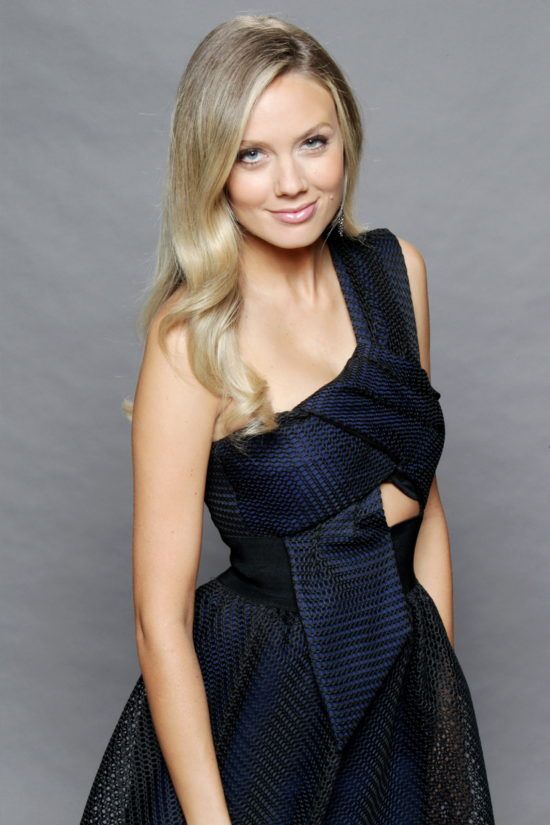 Stepping into the popular shoes of troublemaker (and sometimes heroine) Phyllis Newman must have been incredibly intimidating for two-time Emmy winner Gina Tognoni back in 2014. With Michelle Stafford really making the Phyllis role famous, Y&R fans have grown to love, admire, and respect both the actress and character. While Tognoni wasn’t too well received when she first hit the land of Genoa City, she has made the role her own over the years. 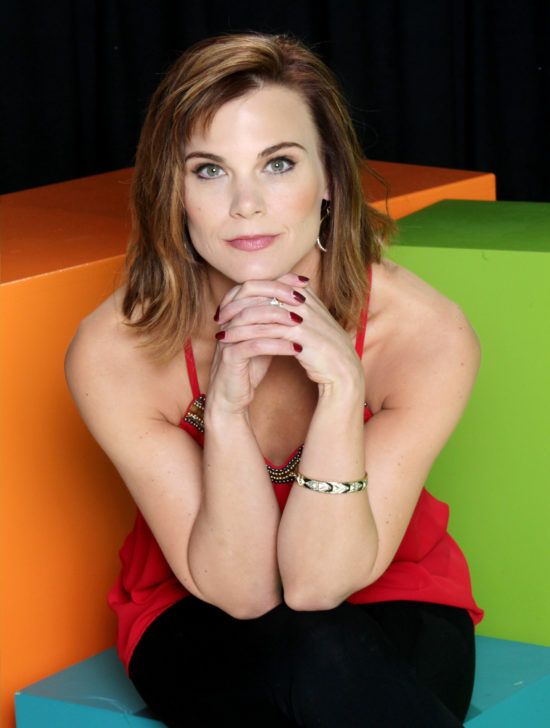