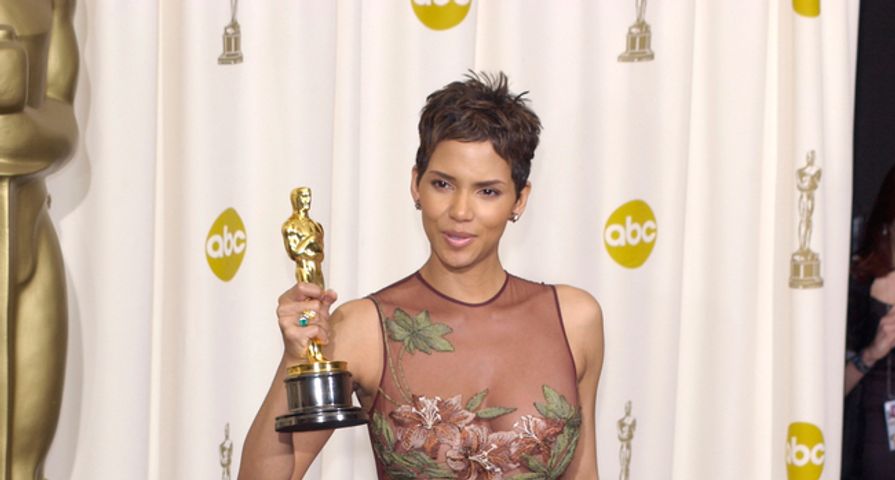 After winning the Academy Award for Best Actress for her performance in “Monster’s Ball,” Halle Berry’s career has done anything but flourish. She received a Razzie Award for her role in the much-hated film “Catwoman” and she has starred in other universally derided films like “Gothika,” “Perfect Stranger” and “New Year’s Eve.”

Hilary Swank has won two Best Actress Academy Awards for her roles in “Boys Don’t Cry” and “Million Dollar Baby,” but she hasn’t been able to escape the Oscar career slump curse. Since her second big win, she has starred in flops “The Reaping,” “P.S. I Love You” and “New Year’s Eve,” all of which challenge her credibility as an actress.

Nicolas Cage won his Academy Award for playing a suicidal alcoholic in “Leaving Las Vegas” and he was nominated for another Oscar for his role in “Adaptation;” however, everything after “Adaptation” has been a disappointment, including “The Wickerman,” “Next,” “Season of the Witch” and “Trespass.”

Kim Basinger won the Best Supporting Oscar for her portrayal of a prostitute in “LA Confidential.” Since her win, she has literally done nothing of note and, for the most part, has disappeared from the limelight. She is best known nowadays for her acrimonious split from Alec Baldwin and for their contentious custody battle over their daughter Ireland.

Adrien Brody was a relatively unknown actor when he won the Best Actor Oscar for “The Pianist.” Since winning this coveted award, Brody’s career has been in decline. He has starred in a number of duds like “The Jacket,” “Predators,” “The Experiment,” “Wrecked” and “Detachment” and “High School.”

Mira Sorvino won the Best Supporting Oscar for her role in “Mighty Aphrodite” and she hasn’t been involved in a critically acclaimed film since. She followed “Mighty Aphrodite” with the comedy “Romy and Michele’s High School Reunion” and the science fiction horror film “Mimic.”

When Cuba Gooding Jr. won the Oscar for his performance in “Jerry Maguire” his career seemed to be on the rise; however, after the win, his career has stagnated. He has made a number of questionable film choices like “Rat Race,” “Snow Dogs” and “Boat Trip,” all which received mixed reviews at best.

Helen Hunt – who won the Oscar for “As Good As It Gets” – starred in a few blockbusters after her win, but then the opportunities seemed to dry up. She has starred in some busts like “What Women Want” and Woody Allen’s “The Curse of the Jade Scorpion.” According to Hunt, winning an Oscar doesn’t do much for an actor or actress’ career: “They say it gives you a little more juice for the first year and that’s it.”

Roberto Benigni won the Best Actor Oscar for his performance in “Life Is Beautiful;” however, his film career has been dormant for years. He directed and starred in “Pinocchio” back in 2002 and, while it performed well in Italy, it bombed in North America with a 0% critics score at Rotten Tomatoes. He also received a Razzie Award for his performance.

Tatum O’Neal is the youngest person ever to win an Academy Award – she was only 10-years-old when she won the Best Supporting Actress Oscar for “Paper Moon.” She was briefly the highest paid child actor; however, she was never able to top her early triumphs in her adult life. Nowadays, her film and television roles are few and far between and the most notable thing that she has done as of late is “Dancing with the Stars.”

Reese Witherspoon’s career completely slumped after she won the Best Actress Oscar for her portrayal of June Carter in “Walk the Line.” Most of the films that she has starred in since like “Just Like Heaven,” “Rendition,” “This Means War” and “Four Christmases” were not well received among critics and failed to find an audience; however, she seems to have made a comeback in recent years thanks to her role in “Wild,” which earned her an Oscar nomination.

Notorious funny man Robin Williams won the Best Supporting Oscar for his role in the critically acclaimed hit “Good Will Hunting.” After winning, Williams had very few interesting or commercially reliable film roles and instead had been saddled with a bunch of misses, including “Jakob the Liar,” “Bicentennial Man” and “Old Dog.”

Oscar-winner Catherine Zeta-Jones has experienced a career slump since receiving the Best Supporting Actress for her role in “Chicago.” None of her films since her big win have been critically acclaimed and instead she has chosen to be involved in films like “The Rebound,” “Playing for Keeps” and “Rock of Ages,” all of which are questionable at best.

In the later ‘90s and early 2000s, Renee Zellweger was unstoppable. She garnered critical acclaim for her roles in “Bridget Jones’s Diary” and “Chicago,” receiving Oscar nods for both and she received her first Best Supporting Oscar for her performance in “Cold Mountain.” However, her career post-Oscar has been less than impressive, with few commercial or critically acclaimed film roles to date.

Since winning Best Actress for “Shakespeare in Love,” Gwyneth Paltrow’s biggest claim to fame has been her role as Pepper Pott’s in the “Iron Man” series and her lifestyle website GOOP. She has done a number of forgettable – and embarrassing – movies since her win, including “Shallow Hal,” “View from the Top” and “Mordecai.”