8 Oscar Winners Who Weren’t There To Accept Their Awards 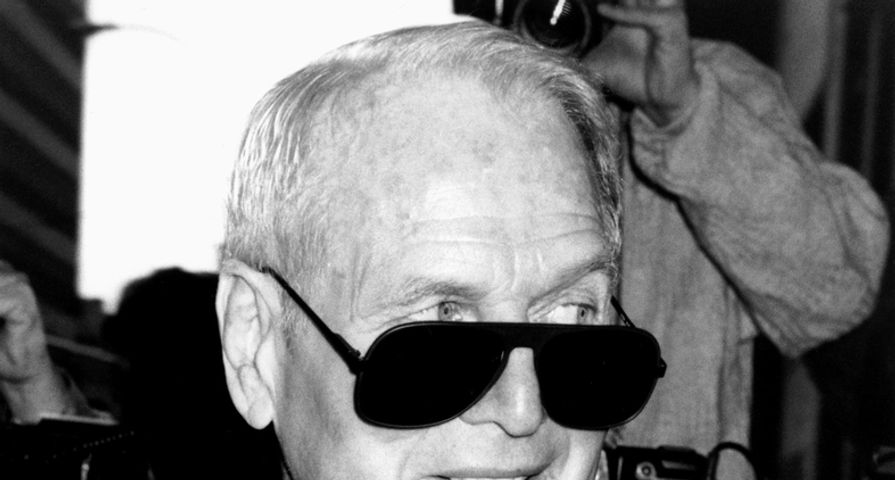 Actors and actresses are fragile creatures. Their egos aren’t always especially strong, which makes rejection really hard for many of them. For this very reason, award season can be a difficult time in Hollywood. Getting nominated is sometimes not enough – they need to win, otherwise they won’t even go. Since the Academy Awards are coming up, we thought that we would take a look at some actors and actresses who skipped the ceremony, only to end up winning. Here are 8 Oscar winners who weren’t there to accept their awards!

In 2002, Eminem won the Oscar for Best Original Song for “Lose Yourself,” which was in the movie “8 Mile.” He was the first rapper to ever win the award; however, he wasn’t there to accept it himself. He was also asked to perform the song at the ceremony, but he declined. He’s given a couple of different reasons for not attending. He said that he was taking time off and he also said that he didn’t go because he would have felt out of his element.

“I’m thankful for it, I’m not ungrateful. I’m very grateful. I just don’t choose to rub elbows with the whole Hollywood scene. It’s not me. If there is just one award show you don’t go to you gonna look ungrateful. Period. But me, I just don’t like to go to places where I feel outta my element. And me sitting there with a bunch of movie stars and actors, I don’t belong. I rap and do hip-hop, the music that I love. I’m about the music. The Grammy’s are about as far as I’m goin’ go outside my element. It’s still cool that I got it,” he said.

Katharine Hepburn is another star who won four Academy Awards, but never showed up to receive any of them. She was nominated a total of 12 times and she won for her performances in “Morning Glory,” “Guess Who’s Coming to Dinner,” “The Lion and the Winter” and “On Golden Pond.” She reportedly never attended the ceremony as a nominee because she didn’t believe in awards. “As for me, prizes are nothing,” she once said. “My prize is my work.”

Hepburn had also said that she never showed up when she was nominated because she was scared that she would lose. “Too gutless. Afraid I wouldn’t win it. It must be that. It couldn’t be anything else! Or that I have no dress. I have no dress. My father said about his children, ‘My children are very shy. When they go to a party (and this would include that [the Oscars]), they’re afraid they’re going to be neither the bride nor the corpse,’” she said.

In his career, Marlon Brando was nominated for eight Academy Awards. He won twice, once for “On the Waterfront” and the other time for “The Godfather.” When he won his second Oscar in 1973, he wasn’t even at the ceremony – he was boycotting it! He sent a Native American civil rights activist by the name of Sacheen Littlefeather to reject the Oscar on his behalf.

“I’m representing Marlon Brando this evening and he has asked me to tell you…that he very regretfully cannot accept this very generous award. And the reasons for this being are the treatment of American Indians today by the film industry,” Littlefeather said, before she was abruptly cut off by loud boos. Some people did clap to cheer her; however, having her attend the Academy Awards in his place earned Brando a lot of criticism in Hollywood. We’re pretty sure the Academy thought twice about letting him win again.

Joan Crawford reportedly feigned illness before the 1946 Academy Awards. She was nominated for the Best Actress Oscar for her role in “Mildred Pierce” and she believed that she didn’t have a shot at winning. She thought Ingrid Bergman was going to win for her role in “The Bells at St. Mary’s.” She ended up being dead wrong. When she found out that she won, she quickly put some makeup on and invited members of the press into her hotel bedroom so that they could document her receiving her award in bed.

Before winning the Oscar, the legendary actress’ career was in the dumps. She was considered “box office poison” and no one wanted to work with her. The director of “Mildred Pierce” Michael Curtiz didn’t even want to cast her in the film; however, Warner Brothers gave her the role anyway. He was quoted as saying, “She comes over here with her high-hat airs and her goddamn shoulder pads… why should I waste my time directing a has-been?” She may have been a has-been; however, the success of the film revived Crawford’s career.

When Henry Fonda won his first Academy Award for Best Actor for his role in “On Golden Pond,” he was unable to even attend the ceremony because he was so ill with heart trouble. He was 76 when he won the Oscar, which made him the oldest actor to ever receive the award. Several months after winning it, he died.

Henry’s daughter Jane, who was his co-star in the film, accepted it on his behalf and then brought it to him afterwards. When she brought the award to her father, he didn’t seem at all shocked that he won. “It was in the wind,” he reportedly said. Jane wasn’t just his co-star – her company had bought the film rights in the hope that he would star in it and her company also produced the film. According to her, elements in the film mimicked her and her father’s real-life relationship, which helped them to repair it before his death.

Woody Allen is notorious for not attending the Academy Awards even when he is nominated. He’s been nominated for a total of 24 Oscars and he’s won four times – three times for Best Original Screenplay and once for Best Director. Even though he’s won, he’s never actually been there to accept the awards.

According to him, he’s a big basketball fan and the awards are always on the same night as one of the games, so he chooses to stay in and watch the game and then go to bed. Even though he has said this, he’s also said other things, which indicate that he just doesn’t go because he doesn’t care for them. “The whole concept of awards is silly,” Allen said. “I cannot abide by the judgment of other people, because if you accept it when they say you deserve an award, then you have to accept it when they say you don’t.”

Several years later, the stunning and talented actress was nominated for “Who’s Afraid of Virginia Woolf.” It was reportedly obvious that she was going to win, but she refused to attend. Instead, she stayed in Paris, France, with her husband-at-the-time Richard Burton, who was also nominated but was obviously going to lose. When she did win, she refused to even issue a statement thanking the Academy for her win. It took another 30 years for them to make amends. In 1993, all was forgiven when she was given the Jean Hersholt Humanitarian Award.

Paul Newman was considered one of the best actors of his generation. He had been nominated for a total of 10 Academy Awards since 1959; however, he didn’t end up winning until 1986 for his role in “The Color of Money.” He didn’t even attend the ceremony that year. He stayed home with his wife Joanne Woodward and watched television. When he was asked why he didn’t attend, he claimed to not care about the Oscars. “It’s like chasing a beautiful woman for 80 years,” he said. “Finally she relents and you say, ‘I am terribly sorry. I’m tired.’”

Some looked at Newman’s Academy Award win as a consolation prize for him not winning for his earlier work; however, Martin Scorsese, who directed him in “The Color of Money,” doesn’t see it that way at all. “Paul gave a special performance that was controlled yet emotional. His Oscar was no consolation prize,” he said.