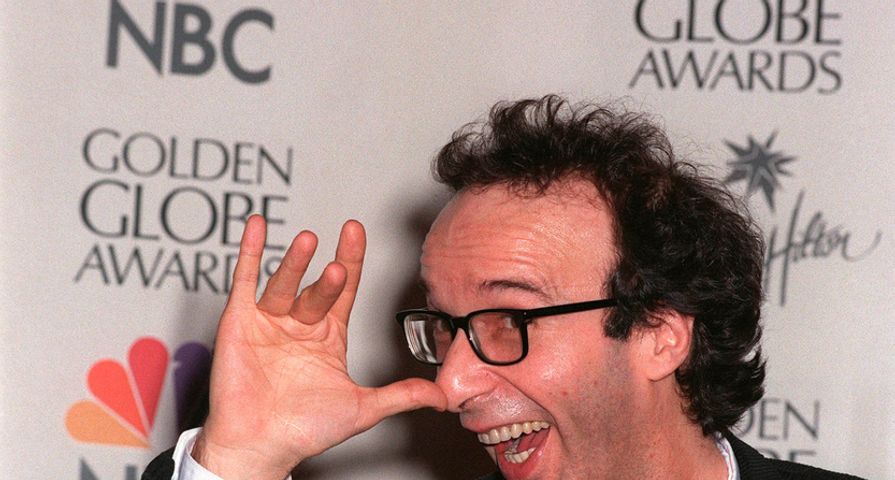 “I want to thank the Academy!” is one of the most recognizable lines in the world and it’s usually accompanied by a shaky voice and possibly a few tears. When actors and actresses win an Oscar for their performance in one of their latest films, it’s pretty much the be all and end all of their career – this is what they work so hard for. Unfortunately, some of those Oscars should have been placed in more deserving hands. Here are ten actors (and actresses) who, in our opinion, really shouldn’t have had the chance to give their acceptance speech.

In 1992, Anthony Hopkins won Best Actor for his role as Hannibal “The Cannibal” Lecter in “Silence of the Lambs.” While Hopkins is adored, his performance in “Silence…” was a bit over-the-top, according to critics, not to mention that he was only in the film for mere minutes. He beat both Robert De Niro and Robin Williams that year.

In 1981, Katharine Hepburn won Best Actress for “The Loons, the Loons!” She beat Diane Keaton, Marsha Mason, Meryl Streep and Susan Sarandon. Hepburn won the Oscar thanks to sentimental votes and not much else.

In 1993, Al Pacino won Best Actor for his performance in “Scent of a Woman,” a role that many felt was simplistic and over-acted. Pacino beat Clint Eastwood and Denzel Washington that year.

In 2003, Renee Zellweger won Best Supporting Actress for her performance in “Cold Mountain,” beating Patricia Clarkson in “Pieces of April” as well as Shohreh Agdashloo in “House of Sand and Fog.” In truth, Zellweger was kind of responsible for breaking this film, not making it.

In 2005, Philip Seymour Hoffman won Best Actor for his performance in “Capote,” beating out Heath Ledger for “Brokeback Mountain,” David Strathairn for “Good Night and Good Luck,” Terrence Howard for “Hustle and Flow” and Joaquin Phoenix for “Walk the Line.” It’s not that Hoffman didn’t deserve a win – his Truman Capote was practically spot on – but in all honestly, Ledger should have won this one because he wasn’t impersonating someone.

In 2002, Nicole Kidman won Best Actress for her role in “The Hours,” beating Diane Lane in “Unfaithful,” Renee Zellweger in “Chicago,” Julianna Moore in “Far From Heaven” and Salma Hayek in “Frida.” Kidman’s performance in “The Hours” was slightly comical (thanks to the nose) and certainly more uninspired that the other actresses in the film. Moore should have won for her remarkable performance as a Connecticut housewife in the 50s.

In 1990, Best Supporting Actress nominees were Whoopi Goldberg for “Ghost,” Mary McDonnell for “Dances With Wolves,” Lorraine Bracco for “Goodfellas,” Annette Bening for “The Grifters” and Diane Ladd for “Wild at Heart. Goldberg won, but Bening should have. Sure, Goldberg was entertaining, but not spectacular – basic Whoopi, if you ask most.

In 1974, Ingrid Bergman won Best Supporting Actress for her role in “Murder On the Orient Express.” Other nominees included Diane Ladd for “Alice Doesn’t Live Here Anymore,” Madeline Kahn for “Blazing Saddles,” Valentina Cortese for “Day for Night” and Talia Shire for “The Godfather Part 2.” Many say that Bergman’s performance in “Murder…” was the weakest of her career.

In 1992, Gene Hackman won Best Supporting Actor for his performance in “Unforgiven,” beating Jack Nicholson for “One Good Speech,” Shouty McShoutsalot for “Glengarry Glen Ross,” Jaye Davidson for “The Crying Game” and David Paymer for “Mr. Saturday Night.” To many, Hackman’s performance in “Unforgiven” is also unmemorable. On the flip side, many call Davidson’s role in “The Crying Game” the best of his career, especially since his character was so difficult to pull off.

In 1998, Roberto Benigni won Best Actor for his role in “Life is Beautiful.” The other nominees that year were Ian McKellen in “Gods and Monsters,” Edward Norton in “American History X,” Nick Nolte in “Affliction” and Tom Hanks in “Saving Private Ryan.” This win is one of the most notorious Oscar faux pas – Ian McKellen should have won; Norton should have been a close second.