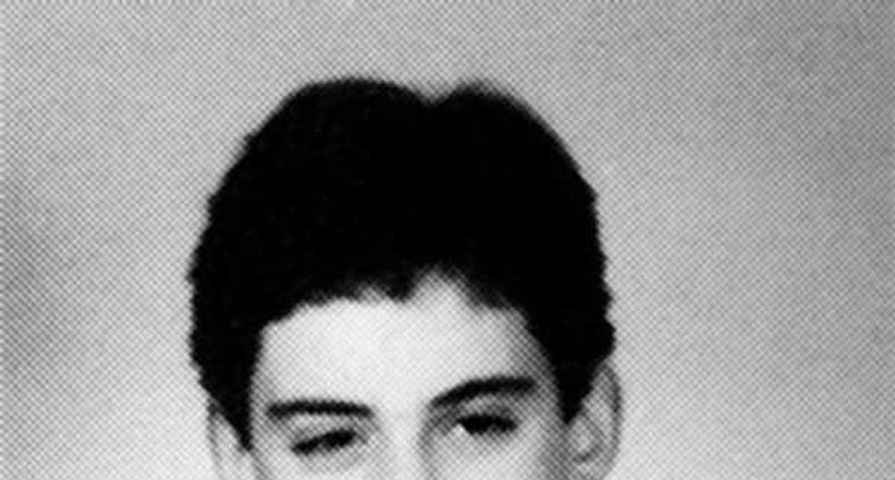 It’s hard to picture our favorite stars pre-fame because most of us didn’t know who they were until they were somebody. It can be especially hard to imagine that country musics biggest and hottest stars were ever awkward teenagers in high school, but they were and we’ve got the proof! We did some digging around and found some hilarious yearbook photos of country music’s 15 most popular stars!

Kenny Chesney has been making country music since the mid-90s and now has an impressive 20 studio albums under his belt. The biggest hits of his career were songs like “She Thinks My Tractor’s Sexy,” “Don’t Happen Twice,” “Out Last Night,” and “You and Tequila.” Before all the fame and success he was known around Knoxville, Tennessee, as Kenneth Arnold Chesney. He attended Gibbs High School where he played football and basketball and graduated in 1986.

This New Zealand born Australian country singer moved to Australia when he was 17 and attended Queensland’s Caboolture State High between 1980 and 1982. He didn’t move to Nashville until 1992 with the hope of establishing a career as a country artist. He’s since married Hollywood actress Nicole Kidman, was a celebrity judge on American Idol and released seven studio albums!

Jason Aldean is known for his slew of chart topping hits like “She’s Country,” “Big Green Tractor,” “Dirt Road Anthem,” “Night Train” and “Fly Over States.” Before all of that he was just an ordinary teenager, raised by his mother who lived in Macon. He lived with his father in the summer in Homestead, Florida. He attended Windsor Academy, a small high school in Macon where he played baseball.

She’s now an iconic female country singer who’s been releasing hits since the mid-80s. Reba McEntire began her career as a country artist while she was still a high school student! She sang in the Kiowa High School Cowboy Band with her brother and sister and even recorded a single called “The Ballad of John McEntire.” They later formed their own band called The Singing McEntires and performed at local rodeos, clubs and dance halls. After high school, she went to Southeastern Oklahoma State University to become an elementary school teacher and graduated in 1976.

She’s one of the most successful country artists of all time and married to fellow country singer, Tim McGraw, but she was once just a small town kid in Mississippi. Faith Hill showcased her singing talents at a young age, and by the time she was a teenager she was regularly performing in local churches and local rodeos after she formed a band at the age of 17. In 1986 she graduated from the McLaurin Attendance Center and briefly attended Hinds Junior College. She quit college at the age of 19 and moved to Nashville to chase her dream of becoming a country singer.

Eric Church was born in Granite Falls, North Carolina. He began writing songs and playing guitar at the age of 13 and by the time he was a senior in high school he was playing a regular gig at a local bar. He attended South Caldwell High School before moving on to Appalachian State University and eventually Nashville. In his yearbook, Church’s quote of choice was: “Basketball: Never give up. Always push yourself no matter how bad or good you are. There is always room for improvement.”

Zachry Alexander, also known as Zac Brown, is the front man of Zac Brown Band. Born in Atlanta, Georgia, Brown attended Mashburn Elementary School in Cumming, before he moved onto South Forsyth High School. He relocated to Dahlonega when he was 17 and graduated from Lumpkin County High School. He began playing solo gigs in high school and took vocal lessons in his mid-teens. He continued to play music while attending the University of West Georgia, and started to tour around the Southeastern states at the age of 19 with a drummer. This was the beginning of what would later become the Zac Brown Band.

Carrie Underwood hails from a small town. She was born in Muskogee, Oklahoma, and raised on her parents’ farm in the rural town of Checotah. As a high school student at Checotah High School, Underwood was already pursuing a musical career. At the age of 14, she would travel to Nashville to audition to record labels, but she also described herself as just a “normal student.” She was an Honor Society member, a cheerleader, and played softball and basketball. She graduated in 2001 and moved onto Northeastern State University in Tahlequah, Oklahoma. She gave up her dream of becoming a singer for a while after high school, but revisited it in 2004 when she auditioned for American Idol.

Luke Bryan has some pretty famous friends from his high school days like Travis Tritt and Billy Currington! He was born and raised in Leesburg, Georgia. The “Country Girl (Shake It For Me)” singer developed an interest in performing at a young age. At the age of 14, his parents’ bought him a guitar and in high school he joined any musical production he could. He knew at the end of high school he wanted to move to Nashville to pursue a career in country music, but the unexpected death of his brother caused him to put those dreams on hold. After attending Georgia Southern University, he finally moved to Nashville in 2001.

Co-lead singer of the popular country music band Lady Antebellum, Hillary Scott is a well known face in country music. Born in the heart of it all in Nashville, Tennessee, to country artist Linda Davis and Lang Scott, she attended Donelson Christian Academy for elementary and high school. She graduated in 2004 and lived with her grandparents while her parents toured the country for their own music careers.

The “Dime Store Cowgirl” singer was born in Golden, Texas. She began writing songs at the age of 8. Her first song was called “Notice Me” which she performed for her elementary school graduation. When she was 12, she began learning to play music on the mandolin and taking guitar lessons. Kacey Musgraves attended Mineola High School as a teenager and graduated in 2006. After that it didn’t take long for her music career to start. She began recording demos at the age of 18 and was discovered in 2008.

Born and raised in Glen Dale, West Virginia, Brad Paisley was the only child of his parents, Douglas and Sandra Paisley. In junior high, Paisley began making waves as an upcoming artist after being discovered while performing “Born on Christmas Day.” He was asked to become a regular guest on Jamboree USA and began opening for established singers like The Judds, Ricky Skaggs and George Jones. He attended John Marshall High School and graduated in 1991.

One of country’s biggest female artists Miranda Lambert grew up in Lindale, Texas. She started dabbling in music while she was a high school student at Lindale High School when she joined the house band at Reo Palm Isle in Longview, Texas. In an interview with Seventeen magazine, Lambert said she barely made it through school because her grades were bad and her fashion sense was even worse! “Bad, real bad. I didn’t get style until I got on ‘Nashville Star.’ I didn’t wear any makeup. I would wear wind pants and T-shirts to school. Hideous,” she said. She graduated high school early so she could pursue a career in music and eventually got her big break when she was chosen to appear on the reality show, Nashville Star.

Country music wasn’t Sam Hunts first career choice! Back in high school and college he pursued professional football. Born in Cedartown, Georgia, Hunt attended Cedartown High School which is where he began playing football. In 2002 he was named Co-Offensive Player of the Year and picked for the Georgia Sportswriters Association All-State Class AAA first-team. He was also a Wendy’s High School Heisman nominee. He was a quarterback for the Middle Tennessee State University and University of Alabama for another two years. It was during his university career that he taught himself how to play guitar and eventually detoured into a career in music.

Before he became one of the most popular country stars, Voice coach and boyfriend of superstar Gwen Stefani, he was a Oklahoma boy born in the city of Ada. As a high school student, Shelton had already started dipping into his musical talent as a singer and guitar player. He wrote his first song when he was 15 and by 16 he’d received a Denbo Diamond Award. He graduated high school when he was 17 and moved to Nashville to pursue a career in music.