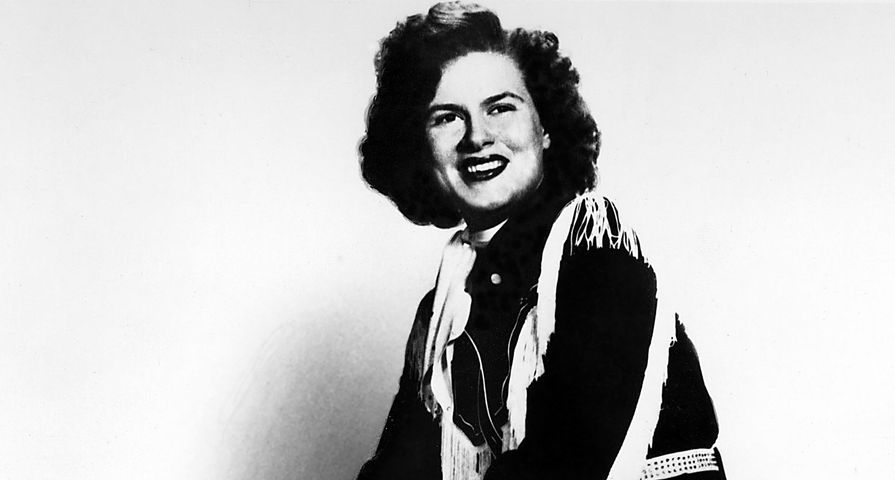 There are many, many tales in the music industry of artists passing away prematurely and country music is no different. There have been many terrible tragedies in country music in the form of artists leaving us far too soon, but whether they died young, or lived a fruitful life with a successful career, there is a never-ending list of singers we’d like to bring back. Whether it be because they left us too soon, or we feel like they had more to offer, here’s a list of 10 country singers we wish were still alive!

The story of Mindy McCready’s untimely death is truly tragic. She left this world far too soon after she passed away from what was reported to be a self-inflicted gun wound in 2013. During the peak of her career she’d recorded country hits like “Ten Thousand Angels,” “You’ll Never Know,” and “A Girl’s Gotta Do (What A Girl’s Gotta Do).” She made many brave attempts to tackle her issues head on by sharing them with her fans and even going so far as joining the cast of VH1’s Celebrity Rehab with Dr. Drew, but the weight of her personal troubles became too much. Even though she hadn’t charted a single for over 10 years prior to her death in 2013, we’re confident she could have staged a comeback in her career and turned her life around.

Conway Twitty has one of the most memorable voices in country music and it was made even better when he teamed up with Loretta Lynn for their famous duet “After The Fire Is Gone.” Twitty started out as a rock n’ roll artist, but moved to country music in the mid-’60s and released a string of popular hits like “Next in Line,” “Hello Darlin'” and “You’ve Never Been This Far Before.” He had 50 singles earn a No. 1 ranking throughout his career and would’ve had even more had he not died in the ’90s. In 1993 he was rushed to the hospital after falling ill during a performance and died from an abdominal aortic aneurysm at the age of 59. His death came only two months before the release of his last album, Final Touches.

One of the most recent tragedies in the country music industry involves one half of the popular duo Joey + Rory. Joey Feek was an amazing singer and songwriter who was cherished by her fans, who all followed her closely throughout her career, relationship with Rory and finally through her terminal cervical cancer diagnosis in 2015. There is no doubt that this artist had more to offer not only to her family, but also musically.

No one should be surprised to see the Grammy Award winning artist Johnny Cash on this list. While his career was sometimes overshadowed with personal controversy, he’s also known for being one of the best selling musicians of all time and became a country music icon. Some of his signature songs include “I Walk the Line,” “Ring of Fire,” and “Man in Black.” Sadly his career was cut short when he was diagnosed with autonomic neuropathy which forced him to stop touring, but he continued to record and release albums up until his death in 2003. While he lived a fruitful life and created a ton of music up until his death at the age of 71, we know he would have continued to record even more had he lived longer.

In 2016 country singer Craig Strickland was found dead near an Oklahoma lake a week after he and his friend were reported missing. The “Backroad Anthem” singer had gone out hunting with a friend when their boat capsized during a storm. He was only 29 when he passed away and had only just begun making waves in his career. He hadn’t come close to being the star he probably would have been and we’re more than positive he would’ve gone far!

Hank Williams is regarded as one of the most influential singers of the 20th century. The American country singer had 35 top 10 singles, 11 of which were No. 1 hits like “Lovesick Blues,” “Long Gone Lonesome Blues,” “Why Don’t You Love Me,” “Moanin’ the Blues” and “Cold, Cold Heart.” His career was riddled with controversy as he struggled with alcoholism. He was even banned from the Grand Ole Opry in 1952 due to his habitual drunkenness and missing shows. He passed away in 1952 at the age of 29 while hitching a ride to Canton, Ohio. He’d been ill from chloral hydrate and alcohol, but was treated by a doctor. He passed away sometime between Bristol, Virginia, and West Virginia, the driver didn’t notice he was dead until they stopped for fuel in Oak Hill.

June Carter was an incredible musician who played the guitar, banjo, harmonica, and autoharp. Not only was she famous for her singing and songwriting skills, but she is also widely recognized as the second wife of Johnny Cash. Together June and Johnny became one of the best country duos of all time, especially with the release of their Grammy Award winning hit “Jackson.” While Carter only released three solo albums throughout her career, she won a Grammy for her 1999 album Press On and two more for Wildwood Flower. Thankfully, Carter was able to live long enough to make many accomplishments in her career, but passed away unexpectedly at the age of 73 from complications following a heart-valve replacement surgery in 2003.

This female country artist was in the ranks with other popular artists of her time like Patsy Cline and Loretta Lynn. They were all close friends. Dottie West is considered one of the most influential and groundbreaking female artists of all time. Her career started in the 1960s when she released the Grammy Award winning single “Here Comes My Baby Back Again.” She continued to gain fame into the ’70s with the help of a Coca-Cola commercial, collaborations with Kenny Rogers and a Platinum selling album. Her popularity began to slip in the ’80s, but she was planning a comeback when she unexpectedly died in a car accident. She was on her way to the Grand Ole Opry for a performance when she got into a car accident after she’d urged the driver to speed. The car flew off the Opryland exit, went airborne and struck the central division. She died from her injuries after several surgeries.

Merle Haggard is another iconic country musician who’s best known for his 38 No. 1 hits between the mid-’60s, all the way up until 2010 including “It’s All in the Game,” “Keep Movin’ On,” “Hag,” “Same Train, a Different Time,” and “Sing Me Back Home.” He also received many awards and honors for his music including a Grammy Lifetime Achievement Award, BMI Icon Award, and induction into Nashville, Country and Oklahoma Musical Hall of Fame. It’s clear Haggard had an amazing career, but had he not died at the age of 79, he’d definitely still be playing music! He toured and recorded up until about a month before he passed away of complications from pneumonia in April 2016.

Like many other great artists, Patsy Cline’s life was cut short after she died in a tragic plane crash at the age of 30. She’d made her mark on country music by then with hits like “I Fall to Pieces” and “Nashville Sound,” but she still had so much more to offer. This iconic singer still has such a strong fan base over 50 years later! She’s been cited as the inspiration behind some of our favorite female artists today like Reba McEntire and LeAnn Rimes!