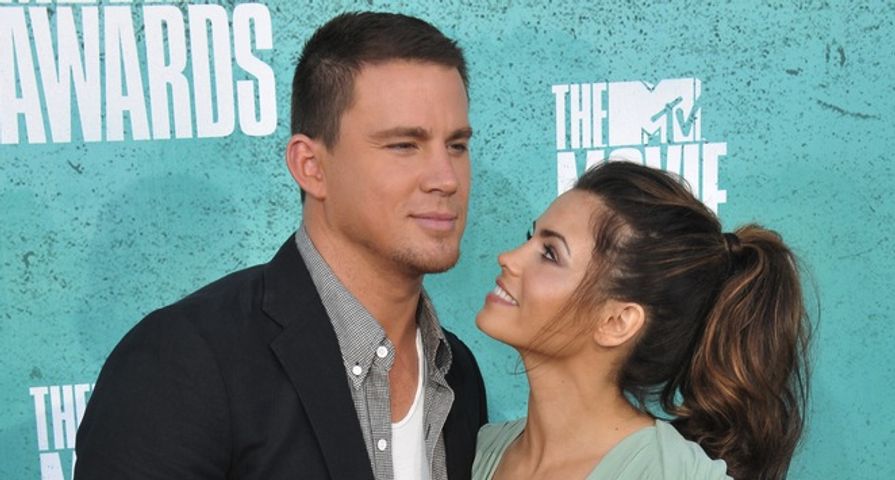 Actors may be hired to portray fake emotions, but sometimes these emotions can become real. Here are 15 movies that sparked off-screen, real life romances.

Channing Tatum and Jenna Dewan started dating in 2006, shortly after staring as Tyler and Nora in Step Up. The couple wed on July 11, 2009 at a private estate in Malibu. On May 31, 2013, Jenna gave birth to their first child, a daughter named Everly.

Ben Affleck and Jennifer Garner got to know each other as costars in the 2002 film, Daredevil. Though they were rumored to be dating at the movie’s premiere, it wasn’t official until 2004. They were married and had their first child in 2005. Since then, they have become a family of five and are still happily together.

Though they first met in 2006 filming Rendition, Jake Gyllenhall and Reese Witherspoon did not start dating until she ended her marriage with Ryan Phillippe in 2007. The pair stayed together for two years before going their separate ways.

After co-staring in The Words, Bradley Cooper and Zoe Saldana dated for a year before calling it quits.

This Hollywood power couple met when playing married spies in Mr. and Mrs. Smith. Brangelina started dating in 2005 after Brad Pit and Jennifer Aniston divorced. They are engaged and have six children.

Kristen Bell and Dax Shepard have been together since 2007. The got engaged in 2010, shortly before starring together in When in Rome. Their daughter, Lincoln Bell Shepard, was born in March 2013.

After meeting on the set of Brokeback Mountain, Heath Ledger and Michelle Williams began dating in 2004. Their daughter, Matilda Rose Ledger, was born in 2005. In 2007, the couple broke up.

After working together in Northern Lights, Eddie Cibrian and Leann Rimes had an affair with each other. After their other marriages had ended, the pair got engaged in 2010 and were married on April 22, 2011 in California.

Matt Damon and Minnie Driver fell in love shooting Good Will Hunting in 1997. All seemed well until Matt Damon called it quits on the Oprah Winfrey Show. Just a few weeks later, Damon was in a relationship with singer Winona Ryder.

After filming The Notebook, costars Ryan Gosling and Rachel McAdams dated for two years. In 2008, they rekindled their relationship, before calling things off for the second time.

Though the couple was reluctant to acknowledge their relationship, Kristen Stewart and Robert Pattinson dated for four years after starring in the hit film, Twilight. Their relationship came to an abrupt halt when Stewart was caught cheating on Pattinson with Rupert Sanders, the director of her new film, Snow White and the Huntsman.

12. I Know What You Did Last Summer

Freddie Prinze Jr. and Sarah Michelle Gellar started dating in 2000, three years after meeting while filming the teen horror flick, I Know What You Did Last Summer. They were engaged in 2001 and married a year later by Adam Shankman. They couple has also starred together in the live action Scooby Doo film and sequel. They have a son and daughter together.

While filming The Last Song, Liam Hemsworth and Miley Cyrus started dating. Miley said that Liam was her first serious boyfriend. They broke up shortly after the film’s release, but later reconnected. Miley flashed her engagement ring on Twitter in March 2012. Though the couple broke up again, they say their wedding is still on.

It was love at first site for Ryan Reynolds and Blake Lively on the set of The Green Lantern. The couple wed in 2012, about one year after meeting.

Reese Witherspoon met Ryan Phillippe at her 21st birthday party. They talked all night long with Reese claiming Ryan was her birthday present. The couple got engaged in 1998 just before costarring in Cruel Intentions. They were married on June 5, 1999. Reese gave birth to their first daughter just three months later. The couple had two more children before divorcing in 2008.