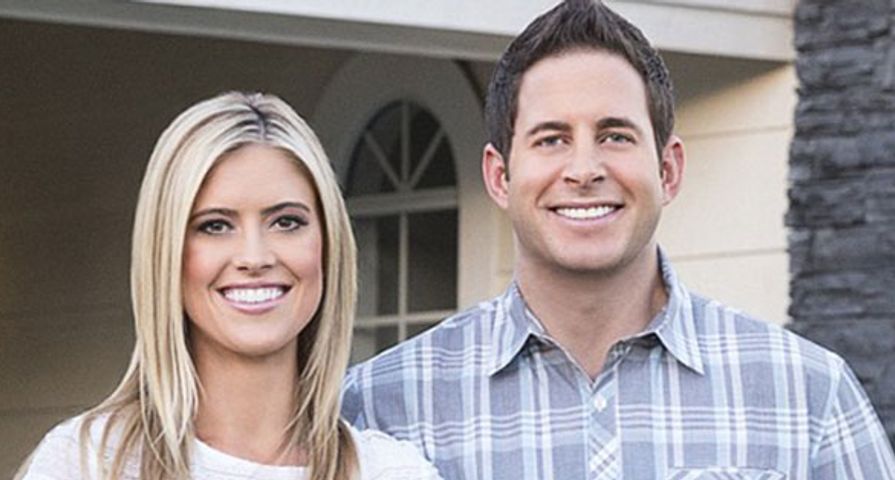 Tarek and Christina El Moussa have made careers out of buying distressed property at discount prices, renovating it and then selling it at a profit, which you can see on their show Flip or Flop. The couple – who have their own thriving real estate business in Orange County, California – have become stars thanks to their hit HGTV show and now many of us are dying to know more about them. We’ve done some digging and we have 10 things you probably didn’t know about the real estate duo:

She was born in Anaheim, California and grew up in Anaheim Hills. She got her start in real estate after graduating college.

He got his real estate license when he was 21.

Christina’s real estate expertise is in design. She handles the designs of the new spaces and keeps everything on schedule.

The photogenic duo were working in real estate in the Southern California area when housing market crashed in 2008. They went from living in a $6,000 a month house to a $700 per month apartment. This is when they got into flipping houses.

Tarek and Christina were married in 2009 and have two children together, Taylor and Brayden. Conceiving their second child Brayden was more complicated. Christina underwent in vitro treatments and, after one failed attempt and a miscarriage, they were finally pregnant with Brayden. The birth turned out to be just as complicated with Christina requiring an emergency C-section. In late 2016 it was revealed that the pair got into an explosive fight inside their Orange County home and when cops arrived, Tarek fled down a trail with a gun from his safe. Five guns were seized from their home, and the two made the decision to separate but vowed to co-parent their two children.

He was diagnosed with thyroid cancer after a viewer emailed the show’s production company about a suspicious lump on his throat, which prompted Tarek to get it checked out. After discovering that it was stage 2 thyroid cancer, he had his thyroid and lymph nodes removed and underwent iodine radiation. Tarek’s now cancer free but, according to him, he doesn’t have the energy that he used to.

The two former real estate agents landed their own show after a friend helped them make an audition tape for HGTV in 2011. The friend filmed the entire process of them flipping a house from start to finish. The tape was sent to HGTV and they were interested in talking the couple. In 2012, the network signed them to a regular weekly program that shows the process of buying distressed homes, renovating them and then reselling them.

Tarek and Christina make a reported $10,000 appearance fee per episode of their show and can receive up to $40,000 to speak at an event.

Because they are so busy, they have turned to meal prep. They have the company All Purpose Meal Prep make meals for them. They order lunch and dinner four days a week for when they’re filming Flip or Flop.

The couple started the flipping business in 2008 with the help of an investor who now receives half of the profits from each property they flip. “I didn’t start with a lot of money, I proved myself and grew a business based on my business plan and track record,” Tarek said. “All the profits you see on show are real but I split that with my partner. They don’t show that on the show because it’s confusing for the audience to understand.”