‘Trading Spaces’: 8 Behind The Scenes Secrets 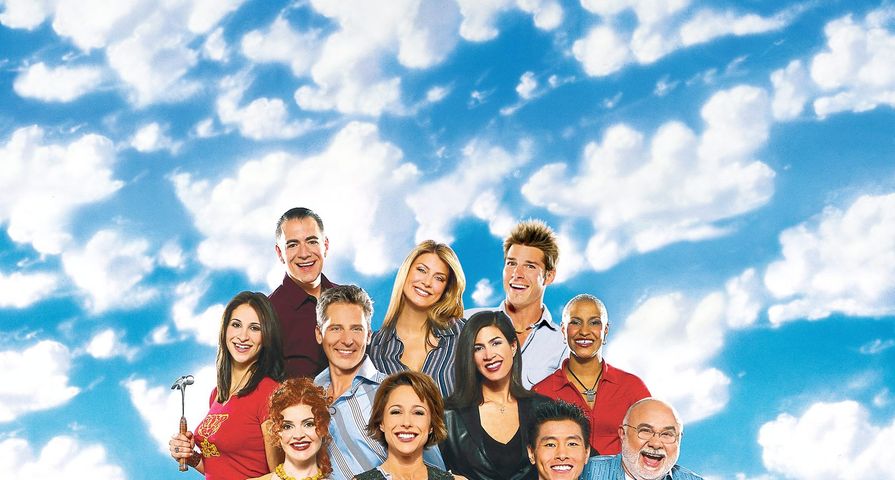 The home renovation show on TLC known as Trading Spaces was a huge hit during the early 2000s. The reality program ran for eight season from 2000 to 20008 and was based directly on the BBC series Changing Rooms. This show laid the groundwork for many other reality home improvement shows and reality television in general. The success of Trading Spaces allowed for many spin-off series like Trading Spaces: Family, Trading Spaces: Boys vs. Girls, Trading Spaces: Home Free, and many more. The premise of the show was around two neighbors who swapped homes for 48 hours, each worked with a designer to redesign a room in each other’s home on a budget of only $1,000! One of the most intriguing parts of the show was that nothing was off limits — so there was a huge element of shock and surprise. Since the show is getting a revival, here’s a look at 8 behind the scenes secrets from Trading Spaces!

Susan Leaderman, a former contestant on Trading Spaces, said everything about what is happening in their home is kept top secret and the individuals are almost on house arrest to keep them from seeing what’s going on at their house. “I didn’t even know who my designer would be until the morning of filming. During the two-day makeover, I had to live at my neighbor’s house — and felt like I was under house arrest! I was completely banished from my home, and the show’s producers went to great lengths to make sure I didn’t see any projects being done. They hung sheets on the windows and other shielding mechanisms around our homes. In fact, when the producer from my home makeover went to my neighbors’, even the paint splotches on her clothing were covered with duct tape so I couldn’t see the colors being used.” All of this ensures that the reveal at the end of the show is genuine and not at all staged.

7. Qualifications to be on the Show

An article in Good Housekeeping outlines what would cause an individual to be automatically disqualified from participating in the show and a lot of them have to do with accessible location. The first listed qualification is that their must be room on the property for a tractor trailer to park out front and there must also be space to set up “carpentry world” which requires room for construction and heavy-duty tools. Also, the two houses cannot be more than a two-minute walk from each other because the designers and film crew need to constantly shuttle back and forth. Lastly, one of the most important qualifications for being on the show is that a homeowner has to give up control of their home. They must allow designers to alter any household items like curtains, cabinets, flooring and furniture.

Shows that are considered reality television always have certain expectations of authenticity and it’s the belief that they are shot almost like a documentary, but at the end of the day the final product still has to be perfect, or close to it, and most importantly, it must be entertaining for their viewers. Journalist Andy Dehnart followed around designer Doug Wilson during the 39th episode of the second season and wrote about what she saw behind the scenes. Dehnart said the show is filmed more like a movie than a reality show because things aren’t shot chronologically. The entire episode is broken down into individual scenes that aren’t necessarily filmed in the order they take place. The production team has to manipulate the setting in order to get the perfect lighting, sound and cast members who are being filmed need to be prepped. For example, Doug asks carpenter Amy Wynn Pastor to make him a bench, meanwhile the bench is already made and sitting only a few feet away. It’s not necessarily lying because at one point he did have to ask for the bench, it’s just reenacting. Dehnart writes, “the crew will spend maybe 30 hours working on the rooms. From that, only eight or nine 30-minute Beta tapes will be recorded in each house providing roughly eight to 10 hours of footage that will be edited down to 44 minutes.”

Many viewers might have already figured this out, but the homeowners, designers and even the on-site carpenter get a lot of help outside of what we see on camera. This is where the real staging and on-camera lying happens. Dehnart describes one situation where the homeowner goes outside to help carpenter Amy Wynn work on a shelving unit for the bedroom, and on camera they’ll act as if this particular homeowner helped her build the whole thing, but in reality she didn’t. When Dehnart asks Wynn whether she finds it hard to share the credit when it’s not deserved, she said she’s used to it. “I’ve gotten a lot more comfortable with it. It’s fine with me; it’s all part of the game.” She said it’s the same as when she takes credit for the other on-site carpenter Eddie Barnard who is never actually shown on camera. The only way viewers would know of his existence on the show is when the credits roll at the end he’s referred to as the Prop Master. In reality, Barnard does all of the more intensive work to ease the workload for Wynn because it’s impossible for her to do it all on her own. She used to feel guilty, “Every single day at the end of the show, I’d say, ‘I’m sorry.'”

There were many instances throughout the seasons when homeowners did not like the changes done to their space. According to an interview with former contestant Pam Herrick and her husband, John, who absolutely hated what the designers on the show did to their house, the show was not obligated to pay for changing the room back to its prior state or taking part in any renovations. After filming wrapped up, the crew had barely packed up their things before the Herricks began ripping apart the contemporary changes made to their cute country family room. Not only did the designers change one thing in the room that the homeowners asked them not to, which was the fireplace, they went against city codes by covering up the gas-shutoff valve. Unfortunately for the Herrick family, the contract they signed with Trading Spaces is airtight and so they aren’t required to pay for the changes if the homeowners are unhappy. According to the communications director of TLC, the number of homeowners who hate the final product is a very small percentage. “Most of the people know they could get something outrageous.” Also, according to Kim Riggles, a former contestant and freelance writer for Trading Spaces said that the percentage of people who hate what they end up with is only about 25 percent. The designers aren’t there to give the homeowners what they want — they are there to make good television.

3. The Reactions are Authentic

Despite staging a few things along the way and not filming scenes in chronological order, the one thing that is genuinely and undoubtedly authentic on Trading Spaces is the reveal and the homeowners reaction. The production team goes to many lengths to keep what is going on in the next house a secret. This way the reaction they film at the end is a true surprise. One sneaky thing the producer will do if they are having trouble getting participants to let their guard down in front of the camera, they will yell “cut” but still keep the cameras rolling. If the producer feels like the homeowners are too aware of the cameras and that they are filtering themselves a little too much they’ll use a technique that they call a “fake cut” which is only used for the reveal. This way we find out what they really think! This is sometimes necessary because the producers want people to say what is truly on their mind, which means telling them when they don’t like something or don’t agree. It makes for better television! But sometimes individuals will come on the show and be very aware of how they are being represented on camera which makes things seem like they are staged or not “real.”

2. Applying to be on the Show

Once Trading Spaces was into the second and third season, things were really taking off and it was becoming extremely popular. TLC was receiving applications from individuals all over North America at the rate of about 200 to 300 a day, sometimes upwards of 500! Homeowners who were applying had to include measurements of the room they were intending on changing, what they hoped the makeover would achieve, describe what the problem is and in a preshow interview, they can outline what they are looking for, but that doesn’t always matter to the designer. Individuals who apply will know whether they were chosen after a few weeks of submitting their application. TLC will send a location scout to check out their home and interview them. Former contestant, Paul Hogan, said, “First they let you know they’re interested, and they talk to you on the phone to make sure you have a personality and aren’t like Sheetrock.” Once candidates have been chosen, the ball starts rolling and about a month or two later the episode will be filmed.

Fans of the show are well aware that time constraints and money constraints are both an aspect of the show. This means that things aren’t always done to their full potential and designers are forced to use cheap products to complete a project. Kim Riggles was a homeowner on the show who swapped rooms with Nelson, her neighbor, talked about her experience with Trading Spaces in the Chicago Tribune. She admitted that she actually loved what they did with her kitchen, but the seat-cushions that were used “pretty much disintegrated” immediately.” The only good thing about building on a cheap budget is that if the homeowners don’t like it, they can usually dismantle it fairly quickly. Many participants have undone the damage in under 48 hours. After appearing on the show, Riggles became a freelance writer who wrote follow-up interviews for Trading Spaces. She admitted that many of the complaints from homeowners had to do with quality. “The designers are working with cheaper products, cheaper fabrics to stay within budgets. I hear the word cheap a lot; I’ve heard cheesy. A lot of people are fussing about paint jobs that are not finished and about inferior carpentry,” said Riggles.