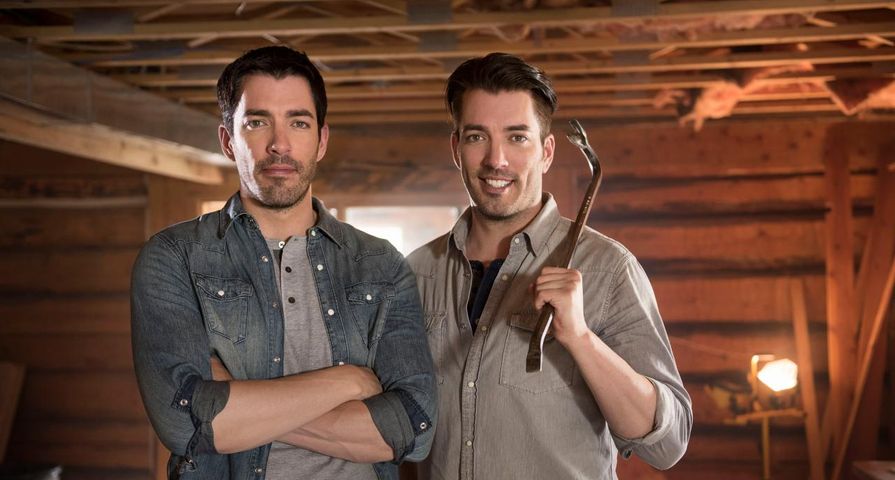 HGTV has been around a long time, but the audience seems to be growing due to some seriously successful reality shows like Fixer Upper, Flip or Flop and Property Brothers. The driving force behind the success is the extremely well-liked and popular reality stars who act as the host, or in some cases, co-host of the show. In many cases, these are just ordinary people who have a knack for either design, real estate or renovation and were lucky enough to be given the opportunity to do their job on-screen. Because they all need a little credit for their popularity — here’s a list of the 9 best HGTV hosts!

Mike Holmes is arguably one of the most widely known stars from HGTV. He first appeared as an HGTV host back in 2001 when he landed his own show called Holmes on Homes. The show was incredibly successful and it was clear that not only did Holmes have a knack for renovation, he also had a great personality that transpired perfectly on-screen. The success of his first show spawned numerous spin-offs like Holmes in New Orleans, Holmes Inspection, Best of Holmes on Homes, Holmes Makes It Right, etc. His most recent show,  features a co-star, his son Mike Holmes Jr.! Fans love to watch the father-son duo on TV and it’s pretty clear, there’s another Holmes star in the making here.

This real estate savvy star has been deemed “America’s most beloved real estate agent,” so it’s no surprise she’s considered one of HGTV’s best hosts. She’s best known for hosting one of the networks highest rated programs, Property Virgins, which focuses on first time home buyers. She took over the role in 2011 and has since become a staple on the network. Her background in radio hosting and public speaking gives her the confidence to be really relaxed and comfortable on-screen. Sherrod has been credited as being super energetic with her clients and for really spending the time to get to know them. In 2015 Sherrod developed the idea for a spin-off series called Flipping Virgins which focuses more on helping buyers with property investments and is already onto its second season!

Audiences were first introduced to this Canadian interior designer on The Bachelor and then The Bachelorette, but we grew to love her even more when she was given a co-hosting gig on Love It or List It Vancouver, a spin off from the original Love It or List It. Harris hosts alongside real estate agent Todd Talbot, but her affectionate personality and fun loving sense of humor makes her a fan favorite. Plus, the girl has good style! More often than not, Jillian Harris wins over the contestants when she revamps their current living situation to beat out Talbot as he tries to sell them on a new home. Her Bachelorette days are definitely behind her because, in August 2016, Harris welcomed her first child with fiance, Justin Pasutto.

The Property Brothers are by far HGTV’s most popular hosts! The handsome twin brothers, Jonathan and Drew Scott, enjoyed a fast climb to fame as viewers fell in love with their hilarious sibling banter, good looks and, of course, crazy talent. Drew is an expert in real estate, while Jonathan is a licensed contractor who has a knack for renovation. Their combined expertise makes them the perfect team and their show reflects that — The Property Brothers has consistently been the highest rated show on HGTV since it premiered back in 2011. What many people might not know is that both Drew and Jonathan were working actors before they fell into the world of construction and design which is probably why these two are so comfortable in front of the camera!

Before she landed her own HGTV show, Genevieve Gorder rose to fame as one of the original designers on TLC’s widely popular reality series called, Trading Spaces. She was well liked by audiences during that time as she became known as the soulful designer who walked around barefoot. She even starred in a few Swifer commercials! Gorder later appeared on a few spin offs like Trading Spaces: Family and Town Haul before she was gifted with her own HGTV show called Dear Genevieve in 2009. The beloved TV host and interior designer later became one of the judges on Design Star, and hosted HGTV White House Christmas and Genevieve’s Renovation, a series dedicated to her personal life as a designer living in Manhattan.

Chip and Joanna Gaines are not only HGTV’s most loved couple, but America’s favorite couple. They rose to fame quickly through their reality series, Fixer Upper, which features the couple working with clients to buy a remodel homes. Viewers fell in love with their down-to-earth personalities and the fact that both Chip and Joanna are extremely hardworking and family oriented. The couple live on a 40-acre farm in Waco, Texas, with their four adorable children. Living proof of the “American dream,” Chip and Joanna went from being struggling newlyweds to running an ever-growing business empire that includes many projects like a construction and real estate company, Magnolia Market store, restaurant and bakery, and paint, rug, wallpaper and furniture line. We can’t wait to see what they do next!

Bryan Baeumler has been the host of several HGTV shows and even introduced his wife, Sarah Baeumler, to audiences on his newest show, Bryan Inc. On this show, Bryan and Sarah work together to buy, renovate and rebuild properties to sell them for a profit. Even though we’re used to seeing Bryan work on his own, it’s awesome to see a new side of him as he works alongside his wife, and now business partner Sarah! She was first introduced to audiences on House of Bryan as the two built their dream house together and the show became the highest rated series ever on HGTV Canada. Fans love to see this adorable couple interact on screen, especially their fun loving banter! The laid back contractor originally rose to fame in 2007 as the host of Disaster DIY, which later spawned spin offs like Disaster DIY: Cottage Edition and Leave it to Bryan.

Bromstad’s big break came when he won season the first season of HGTV Design Star back in 2006. Ever since his big win he’s become one of the biggest faces of HGTV and successful designer with his own line of home furniture and accessories. Immediately after winning the competitive design show, he went on to host Color Splash in 2007 and it’s spin off, Color Splash Miami, in 2010. Today he contributes a weekly blog on HGTV and acts as the host of several design shows including HGTV Design Star, HGTV’s Beach Flip and HGTV’s My Lottery Dream Home.

Scott McGillivray is another popular family man who’s credited as an award winning host and executive producer of HGTV’s hit series, Income Property. McGillivray rose to fame on the show in 2009 and continues to star on the show to this day. His success has also gained him several other spin offs like Moving the McGillivrays which gave viewers a more personal look into his family life — something HGTV viewers love, as he designed a dream home for his family and Buyers’ Boot Camp with Scott McGillivray. In addition to this, he can also be seen as a judge on HGTV’s All American Handyman and Canada’s Handyman Challenge. Basically, McGillivray does it all!