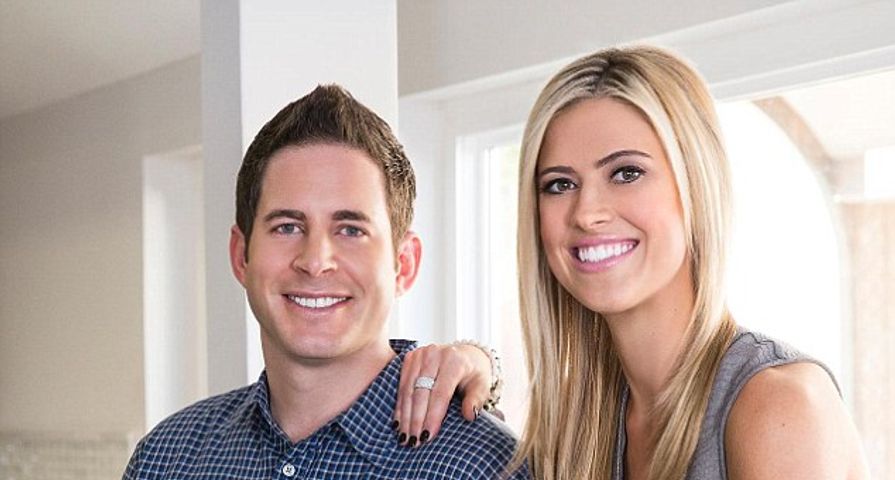 It was recently revealed that popular stars of the HGTV show Flip or Flop, Tarek, 35, and Christina El Moussa, 33, have split after an explosive fight and what sounds like an extremely scary incident. The seemingly happy couple split very quietly back in May and managed to keep it a secret up until a few days ago. Tarek and Christina have been married for seven years since 2009 and have starred on their own show together since 2013. Since news broke of their split, little details have trickled out informing fans what the future holds for their show and their family — check out our list of 9 shocking revelations about Tarek and Christina El Moussa’s split:

After news broke of their split, Tarek and Christina El Moussa released a statement to People that cited an “unfortunate misunderstanding about six months ago and the police were called to [their] house in an abundance of caution.” They added that no charges were filed and there was no violence involved. According to officials, 11 police officers showed up in response to a possible “suicidal male with a gun.” Witnesses said they saw Christina run from the house “crying and shaking” and Tarek grab a handgun from the safe, put it in his back pocket and flee onto some trails behind their house. Christina was the one who placed the call to 911 and when officers learned Tarek was on public hiking trails with a gun, they called in for helicopter assistance. When he was located and brought back in, he said he was not suicidal and had no intent of hurting someone, but simply wanted to blow off some steam.

Immediately following the incident at their home in May, officers seized all five of Tarek’s firearms as a precaution for 30 days for safekeeping. Tarek himself signed the property release form. Since then he’s deleted a video of himself on his Instagram account of him firing off guns at a shooting range.

It’s now been widely reported that Tarek and Christina were involved in an extremely explosive fight which led to a scary incident between the two, so it’s not surprising they have decided to live apart. In a joint statement they said, “We decided to separate while we reevaluated the next steps in our married life. We believed this was in the best interests of the children and the best way to determine a path forward. ” Christina left their shared home to go live with their nanny and took the two children with her while Tarek stayed at the house.

Despite living separately and dating other people, Christina and Tarek have made it clear that they plan to co-parent together while separated. The children have been living with Christina, but it’s clear through Tarek’s social media that he’s been seeing his kids a lot in the past six months and by the sounds of things — that’s how they plan on keeping it.

5. No Plans to Divorce

While it is evident the Flip or Flop stars have split, there has been no mention of a divorce, so it’s unclear whether they will try to work it out for their two children, Taylor, 6, and Brayden, who is only 16-months. Instead of battling it out in court, the couple are focused on raising their children. “The most difficult part of the decision to separate was the kids. We want the best for them, and we’re doing everything we can to ensure that.”

Even though it hasn’t been that long since the two real estate agents split, they’ve already admitted they are dating other people. In their joint statement they said: “We have both dated other people following the separation, but neither of us are ready to announce anything in terms of another relationship.”

Christina and Tarek are stars of a hugely popular HGTV show, so many fans are curious as to what will happen to their show. They addressed this issue in their joint statement and said they plan to continue working together. “We plan to continue our professional life together by being professional, by doing our jobs well, by being prepared and by working hard.” HGTV has also made it clear they would like the couple to continue on with the show.

According to a source close to the couple that spoke to People magazine, Christina and Tarek have always had some problems in their relationship because they are incompatible. “She has champagne tastes, and he’s a beer-from-a-can kind of guy. That was okay for a while when all they could afford was canned beer — they were on the same page, working together to make it and to do the best with what they had. But the stardom from the show, and the money from the show, meant that she started to feel like she could finally have some of the finer things in life,” said the source. Supposedly, he “couldn’t or didn’t want to keep up.”

1. Spotted Out and About

Many fans were shocked to hear about the split because although the couple haven’t been seen out together since or posted any personal pictures together, they’ve still been very active on social media with photos of them with their children. Two days before news broke about their split, Christina posted a photo of their two children sitting on Santa’s lap, looking happier than ever.