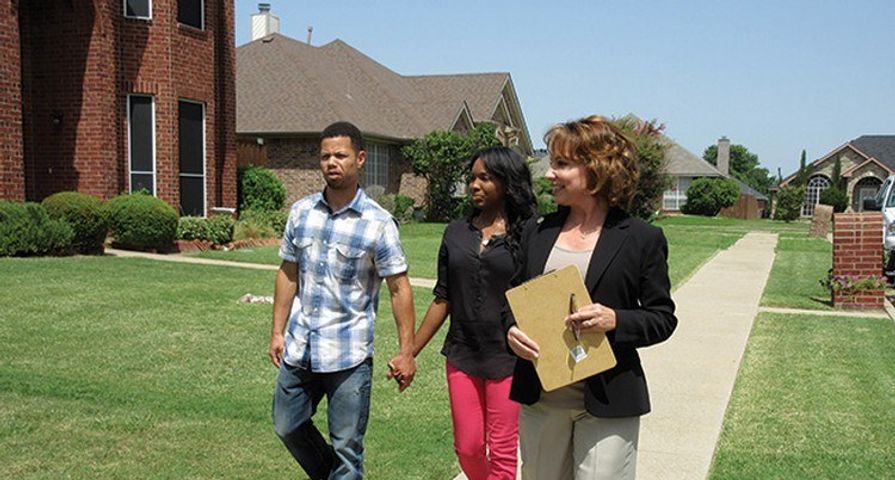 House Hunters is one of HGTV’s most popular and longest standing shows. You’re bound to come across at least one version of the show when tuning into the network at any given moment. The reality series draws in roughly 25 million viewers on a monthly basis and because of its huge success it’s since created 20 spin-offs like House Hunters International, Houseboat Hunters, Island Hunters, House Hunters on Vacation and Tiny House Hunters — just to name a few. Here’s a look at 10 things you didn’t know about HGTV’s House Hunters!

10. Creators of the Show

House Hunters was created by the real life couple Tara Sandler and Jennifer Davidson. In an interview with Cosmopolitan, they explained how the idea of House Hunters came to be. They’d already started their own production company called Pie Town Productions and began producing some shows, but it wasn’t until they went looking for a home that they came up with the idea for a new show. “One day we went to this house and it was a mid-century modern, which we love, and was this very small house with a very big pool…We were like, ‘it’s not perfect, but it could be if we did this and that to it.’ We both looked at each other and said, ‘Wow, this is really stressful. This could be a really good idea for a show.’ So we decided, let’s go back to the office, and we’ll put in an offer in on the house, and we’ll write up a pitch and send it off. That’s how we created House Hunters,” said Sandler.

Similar to many other shows, it took a while for House Hunters to catch on, but once it did it had a snowball effect. It’s now one of HGTV’s biggest series with several spin-offs. They went from producing 13 to 26 episodes per year to up to 200 (that’s not including all the spin-offs)! Also back in 1998 reality TV was still a relatively new concept and they had to convince real estate agents to allow them to film their properties for five days for a 30-minute show. Today that’s never a problem because according to Sandler, people want to be on the show. They receive hundreds of applicants every week.

People who participate in the show receive a payment of $500, but those who appear on House Hunters International will make $1,500.

Since the show is filmed as “reality-TV” their crew is small. There are only three people behind the scenes during filming — a camera person, an audio engineer and a director. On Pie Town Productions website they admit that while they film events as they happen, many things are staged in order to create the best production. For example, touring a house in 15 minutes might take several hours in order for them to get the best quality shots. Participants might have to re-shoot scenes several times or answer specifically designed questions in order to get the answer they want.

The time needed to shoot one episode usually takes up to five days, the buyers only have to be present for two of the five days. What’s interesting is although it’s a “reality show” they don’t necessarily need to film five days in a row. Different parts of the episodes can be filmed on different days, and sometimes even weeks apart!

5. Most Episodes Make it to Air

Almost every episode that is taped goes to air, although there have been some circumstances where the episode is scrapped. According to Housely, of the hundreds of episodes that are produced, there are only a handful of episodes that never went to air due circumstances like divorce, death or even natural disasters like Hurricane Katrina.

Each episode costs about $45,000 to $50,000 to make which is a huge difference from the $28,000 it used to be back in 1998. The total includes labor costs, equipment, permits, food, salaries and the $500 payout to buyers who participate in the show. According to Housely, the local realtors who work with the show to offer their properties are not paid, but rather work on a volunteer basis under the basis that they’ll receive commission on the sale of whatever house the buyers choose to purchase. It’s also free publicity for their company.

3. Participants Must Have Already Chosen a House

There’s been a lot of talk about House Hunters being a staged show because in order for a home buyer to be eligible to come on the show, they must have already chosen a house. This means when they are touring around looking at different options the buyers already know which house they’ve chosen, when in fact they’ve probably already bought the house! Viewers have argued that this makes the show fake, but in their defense, HGTV released a statement that read: “We’re making a television show, so we manage certain production and time constraints, while honoring the home buying process. To maximize production time, we seek out families who are pretty far along in the process…” Basically because buying a home is typically a lengthy process, they have to skip (or stage) a few steps in order to create the show in a reasonable time frame.

The original House Hunters films up to 200 episodes per year, but when counting all the spin-offs there’s a staggering 447 brand new episodes each year which is an average of 1.22 new episodes every day! This is because the show runs continuously throughout the year without any mid or post season breaks. To ensure diversity there’s 25 international film crews filming simultaneously around the world.

Due to their enormous success, it’s become increasingly hard to get on the show. The production team receives hundreds of applicants per week and producers are looking for the quirkiest people they can find who are looking for something unique in their home in order to make their show interesting. The process to apply is to first fill out an online application. Then the casting director will follow-up with a phone call or email, then a phone interview with the producer. After that there is lots of paperwork and a 10-minute audition video. If selected, the applicant will receive a call.