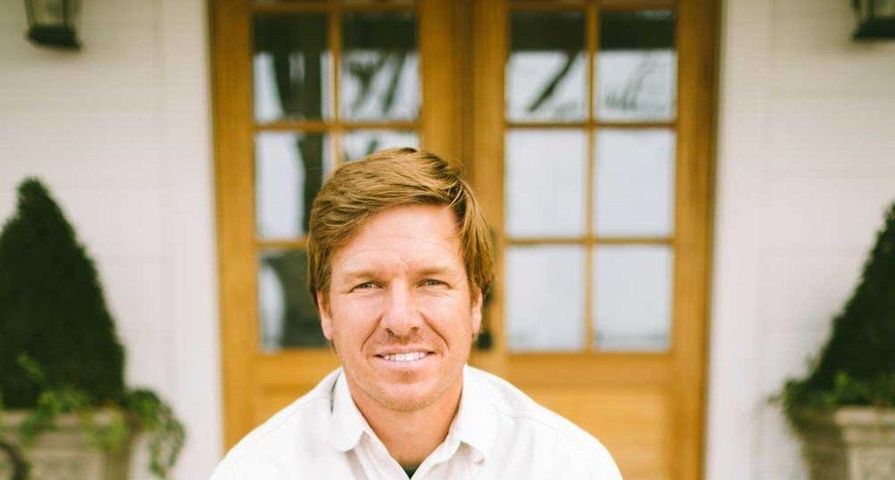 Fixer Upper has become one of the most popular shows on HGTV and it’s all thanks to Chip and Joanna Gaines! These two are the perfect duo, both as business partners and a married couple. Their show started airing back in 2013 and is now onto its fourth season. Chip and Joanna are quickly becoming two of HGTV’s most well-known stars. We love watching these two work together, but they are actually quite impressive on their own too. Here’s a look at 10 things you probably didn’t know about HGTV star, Chip Gaines!

We all make mistakes sometimes — even someone as successful as Chip Gaines! In an interview with HGTV, he opened up about his first big design mistake. “I wanted to surprise JoJo with a bold backsplash at a flip property. It took me all day to install this beautiful tumbled-stone backsplash, but when I went to grout it…it soaked up the color and turned maroon. It was horrible, and JoJo was surprised, to say the least,” he joked.

9. Chip’s Favorite Room in the House

Both Chip and Joanna have their own favorite rooms in their 100-year-old farmhouse that sits on 40 acres of land. Joanna’s favorite room is their newly renovated laundry room while Chip’s is a little more on the fun side. He loves to hang out in the boys’ room which has four custom-made bunk beds, a unique “Adventure” sign and a basketball hoop! No wonder he likes this room….

8. When He Started Flipping Houses

Chip has been flipping houses long before the cameras ever showed up. In fact, he started doing it before he even met his now co-star and wife, Joanna! He partnered up with his parents while he was still a college student to do his first flip. “After that I was hooked. I started buying and selling homes and commercial properties,” he said. Once he met Joanna, she saw what he was doing and became curious about it. The two quickly realized she had a natural gift for design and picking colors so their careers eventually evolved together as partners. Now they have multiple businesses and star on their own reality show!

Like any kid, Chip had some pretty awesome career aspirations. He didn’t know as a kid that he wanted to become a professional “fixer upper” and he certainly never expected to one day have his own reality show. According to Dallas News, he grew up wanting to become a professional baseball star, but when he didn’t make the college team he changed gears. In an interview with Today, Joanna said he’s always been a bit of an entrepreneur. When they first started dating he had a few other businesses on the go like landscaping and a wash-and-fold.

Chip and Joanna have been open about the fact that they didn’t have a lot of money when they were first married. The success of their growing Magnolia empire and television show only happened in the past few years, so it’s been a long time in the making. When they first got married back in 2003, they were broke. Joanna told People magazine that Chip used to carry around a wad of cash in his pocket and that was basically all the money they had to spend. Her parents used to show a lot of concern about the newlyweds and what their future would look like. “Her dad spent the first two years of our marriage asking me if I was going to get a job,” joked Chip.

Joanna has credited her husband as the reason behind all her success. She is naturally more of a worrier while Chip is the one who pushes her to go after her dreams, even if it means taking a bit of a risk. He is the reason she opened up her own shop way back in the day! In an interview with Today, he said: “Everybody’s scared of something, but I have a very high fear tolerance. So when I think about starting a business, I would literally call that on a scale of 1 to 10, 10 being the most fearful you can be, like a one…so you lose a couple bucks, so your friends think you’re a loser…So I told Jo, ‘Babe, what are you scared of?'”

A lot of fans might wonder how Chip and Joanna got to be so successful — was it pure luck or natural talent? Chip maintains it’s actually just from hard work. It’s true they are extremely talented, but they also work hard. “Hard work is the key ingredient. If you’re talented and hardworking, great, good for you, you’re gonna make it, your’e gonna go places. But if you’re talented and don’t have the work element behind it, the guy that works harder is going to eventually outpace you and outrun you,” he said. “Jo and I are believers in that. We wake up every morning, we get after it, and we spend good quality time with our kids, but that’s usually with some sweat dripping off our brow.”

Chip Gaines is known on the show for being a bit of a goofball, but he wasn’t always like that! When they first started filming he wouldn’t speak and kept walking behind the cameras. “I was awful…terrible. I got all jazzed about the equipment itself,” he said. This all changed when Chip bought a houseboat for the family to live in while their house was under renovation and Joanna was not happy! They had to come up with a solution to get rid of the houseboat which also became the solution to Chip being comfortable in front of the cameras. They were so focused on the issue at hand that he forgot they were around. “As we’re walking off towards, basically, defeat and misery, the camera guy put down his camera down, and he was like, ‘If I do my job, you’ve just got yourself a reality television show.’ So it was a special moment,” said Chip.

Not only is Chip into flipping houses, construction and renovations, he’s also interested in running a restaurant! He and Joanna recently opened up a bakery across the street from their Magnolia Market, and now they’ve got their hands on a restaurant that was recently shut down in Waco, Texas. “I’ve always been a breakfast connoisseur. I always do a heavy, bigger breakfast, but Jo is the exact opposite. She was kind enough to come with me on this one, and we are going to do up a breakfast joint here in town,” he said in an interview with Southern Living. The restaurant is set to open in the summer of 2017.

In case you were wondering #Waco #elitecafe #gaines

1. He Loves his Wife

A lot of people tune in to Chip and Joanna’s HGTV reality show, Fixer Upper, not only to see all the amazing projects they do but also because they are just so adorable to watch! The couple got married in 2003 and now have four kids together. It’s pretty clear from the way Chip talks about Joanna that these two are in it for the long haul! “For me, I do everything all the way. When I love my wife, I love her all the way. This isn’t a sales pitch, this isn’t a tagline. You’ll see us in our 80s and we’ll be sitting together on a rocking chair. That’s how it is. That’s how it ends for us. I can tell you even 13 years into it, you can put that in the bank,” said Chip in an interview with House Beautiful.