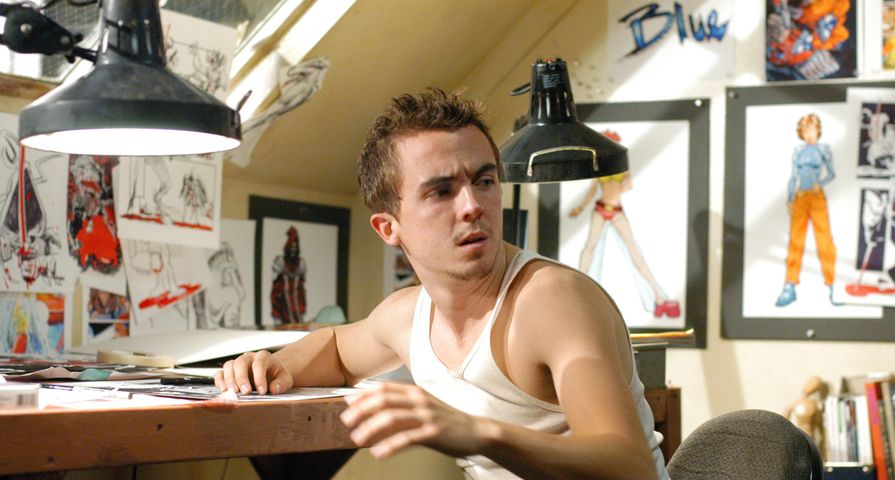 On September 22, 2005, Criminal Minds aired its very first episode, and no one knew just how popular it was going to become. More than a decade later the series is still going strong with millions of fans around the world. As is common with immensely successful and popular shows, a lot of celebrities are also fans of the series and end up getting a guest spot on the series or making an appearance for one episode while others were on the show before they were really famous, making them easily forgettable. With so many seasons already concluded, there have been countless well known stars who have made their way on the show, many of which fans probably don’t even remember seeing! Here are some celebrities you forgot made an appearance on Criminal Minds:

Criminal Minds isn’t a slasher/horror series, but there is no denying that it is often scary and thrilling, so it isn’t surprising that one of the most iconic horror movie actors of all time made an appearance on the show — even if he wasn’t recognizable! In season seven, Robert Englund, who is of course best known as Freddy Kreuger in the infamous Nightmare on Elm Street film franchise, appeared in the episode “Heathridge Manor” as Detective Gassner. It wasn’t a big role, but with the episode focusing on a creepy/ritualistic murder, it was the perfect one for “Freddy Kreuger” to appear in.

Michelle Trachtenberg has landed some amazing roles in her career including the part of Dawn Summers in 66 episodes of Buffy the Vampire Slayer and Georgina Sparks in Gossip Girl, and back in 2013 she had another fantastic, but smaller guest starring role. The actress appeared on Criminal Minds in season eight’s “Zugzwang” as Diane Turner, the stalker of Reid’s girlfriend. Trachtenberg was terrifying as a stalker/killer and the reason for one of Criminal Minds’ most haunting episode conclusions.

Through his career, the only role Ben Savage has ever been associated with is as Cory Matthews on Boy Meets World and the later spin-off Girl Meets World, so it isn’t surprising his appearance on Criminal Minds has been forgotten. The actor guest starred in season 10’s “Nelson’s Sparrow” in the role of a young Jason Gideon in flashback scenes. While the role was small, it was important because Criminal Minds doesn’t often do flashbacks to tell the backstories of its main characters, but it also connected with Gideon’s exit from the series.

Following his iconic role as Luke Skywalker in the original Star Wars films, Mark Hamill stayed largely out of the spotlight and instead turned to voice acting for the most part. In 2013, however, he guest starred in Criminal Minds‘ eighth season as John Curtis aka The Replicator in two episodes. Although it was only a short role on the series, he definitely made his mark by killing Chief Strauss, proving to be one of the BAU’s most formidable foes. At the time, many didn’t realize that it was Hamill in the role and The Replicator has been replaced by even more terrifying and shocking killers and villains.

Criminal Minds has brought in many stars from former films and series with their own passionate fanbase for guest appearances or recurring roles, including Nicholas Brendon. The beloved Buffy the Vampire Slayer actor appeared in 21 episodes of Criminal Minds as Kevin Lynch, an FBI analyst and boyfriend to Penelope Garcia. Of course, he looked a lot different from his days on Buffy, meaning many forget he was even on the series at all!

Back in 2005, Criminal Minds launched its inaugural season and at the time actor Aaron Paul was building up his career with many single episode roles in series such as Beverly Hills, 90210; Suddenly Susan; CSI; and many more. In season one of Criminal Minds, Paul appeared in the tenth episode “The Popular Kids” as Michael Zizzo, a high school “goth” student complete with eyeliner and a leather jacket. After gaining more traction in his career, it would be only three years later when he became one of TV’s biggest stars as Jesse Pinkman on Breaking Bad, and his Criminal Minds appearance was long forgotten.

Jason Alexander’s character may be one of the most memorable serial killers on Criminal Minds, but it is often forgotten that it was the beloved Seinfeld actor in the role because he looks so incredibly different. Alexander appeared as Professor Rothchild in the season four episode “Masterpiece.” He was by far one of the creepiest villains on the show and his rivalry with Rossi made Rossi the focus of the episode and in turn made the entire episode that much more intriguing.

Aubrey Plaza has become well known as one of the best young and sarcastic comedic actresses in the industry right now, but Criminal Minds offered her a very different role which makes many forget it was even her. In season 11’s “Entropy” and season 12’s “Green Light,” and “Red Light” episodes, Plaza guest starred as Cat Adams, a murderess hitwoman who is tricked by the BAU by being set up with Spencer Reid. Plaza was happy to take on the role in the popular show because it was so different than most of her other light-hearted parts on TV and in films. She was surprisingly convincing in the darker role and was a great guest star through the three episodes.

Following his naive and innocent role as Dawson Leery on Dawson’s Creek, James Van Der Beek retreated from the spotlight and instead appeared in much smaller and often very different roles on TV. In 2007, the actor appeared in season two of Criminal Minds in a role that spanned two episodes. Van Der Beek portrayed Tobias Hankel/ Raphael, a serial killer with a split personality disorder, who might be forgotten now after the many other unsubs the team has had to deal with in the seasons since, but he was one of the most memorable at the time.

After Malcolm in the Middle came to an end in 2006, Frankie Muniz didn’t give up on acting immediately and one of his first roles afterwards was on Criminal Minds in 2007. In the season three episode “True Night” Muniz appeared as Johnny McHale in a role that was the polar opposite from his family sitcom one. Muniz’s character was forced to watch his girlfriend get sexually assaulted and then killed before being left for dead himself. In a Criminal Minds twist, however, the traumatic event caused a psychotic break and McHale became a serial killer as well, and while it was truly surprising for audiences to see Muniz in such a dark role, it is now forgotten he was even on the series at all.