Soap Opera Characters Who Never Got A Proper Send-Off 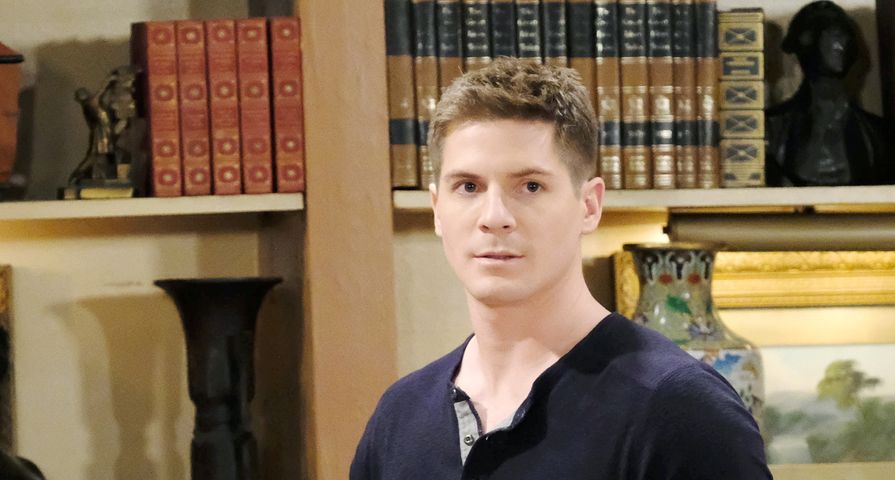 Soap opera fans can get overly attached to the characters they see on their favorite daytime dramas. After all, they follow their fictitious lives daily and can become quite invested in what they do and where they go. When characters leave a show, fans can get upset; however, what is even more frustrating to audiences is when a character favorite leaves without a goodbye, merely fading into the shadows of the small town they live in with no explanation as to what is going on with them. Below are 14 soap opera characters that never got a proper send-off.

Days of Our Lives’ (DOOL) Neil Curtis was a doctor that had a terrible gambling problem. He was onscreen from 1974 to 1991 and was last seen talking to Victor Kirikias about Carly Manning. He walked away from that conversation to go visit with patients within the hospital and was never seen again in the land of Salem, with zero explanation.

Maggie Sullivan served on Genoa City’s police department and appeared on the Young and the Restless (Y&R) from 2006 to 2008. She had an incredible romance with Paul Williams, and the two had quite the chemistry together. Sadly, Maggie faded into Genoa City oblivion in 2008, never to be mentioned again. Did she and Paul even break up onscreen? 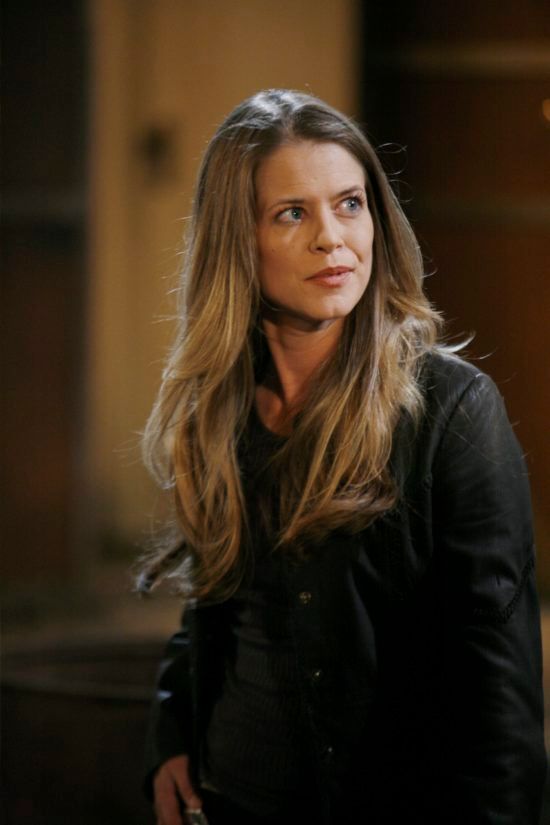 Thankfully General Hospital (GH) fans get to see Lucy Coe now and again on the show, as she was once a pivotal character on the soap in the 1990s. Interestingly enough, she was never given a proper send-off back in 2003. When the soap’s spin-off Port Charles emerged in 1997, many popular GH characters were sent to the new daytime drama to help launch the show’s storylines, and Lucy was one of them. When the spin-off was canceled in 2003, Lucy was never brought back to GH and never mentioned on the show again until Coe came back for the revived Nurse’s Ball in 2012. 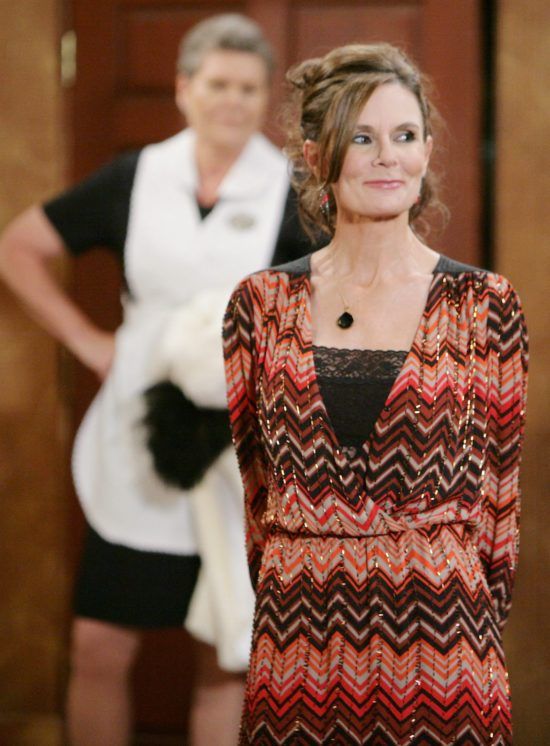 Anyone else miss Santa Barbara? While the soap opera has long been canceled, the show was guilty of not giving character Pearl Bradford a proper send-off. Actor Robert Thaler played the role from 1985 to 1988, and Bradford was an eccentric waiter who worked at Buzz’s Place. While he initially had some huge storylines on the show, after a major arc completed in early 1987, he simply was fazed out of storylines and last seen on the show in the spring of 1988.

Soap opera icons Bill and Susan Hayes have been staples on Days for decades now. As the first official super couple of the soap opera world, their relationship between Julie and Doug Williams spilled into their real-life. While they can be seen on the show today, their departure back in 1984 wasn’t a pretty one, as these iconic characters were simply faded from DOOL storylines without any explanation. 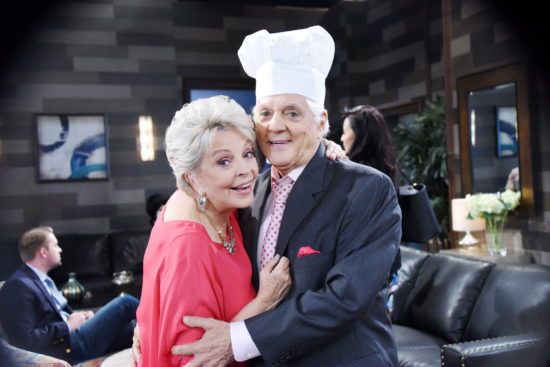 Who else would like to see Ronan Malloy back in Genoa City? Nina Webber’s illegitimate son, who was sold on the black market in the 1980s, was finally found in 2010, and as a cop, thrown into many different Y&R storylines during the character’s two-year onscreen tenure. After wrapping up a little fling with Phyllis Summers and the Diane Jenkins murder case, Ronan played a minor role on the show and then simply stopped showing up onscreen. His name was mentioned once in 2014 when Michael Baldwin called the station about information surrounding a medical autopsy on Carmine Basco. 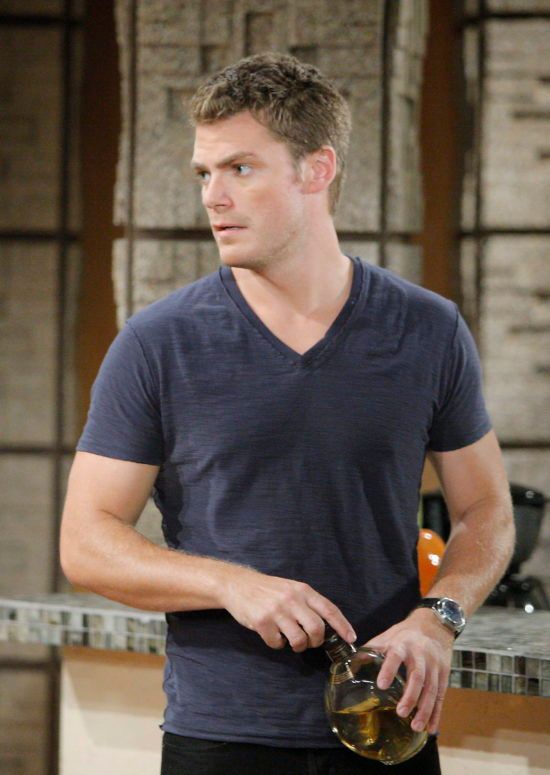 Jessie Brewer was one of the original characters on GH, uttering the first words on the show’s inaugural episode. She would remain on the show for decades, with storylines centered around her and Dr. Steve Hardy’s personal lives, as well as their jobs on GH. As the 1980s hit, her role on the show began dwindling and by 1988, her appearances were far more scattered. Sadly, the last viewers saw of Jessie was as a wedding guest in early 1991, weeks before the death of the actress that played her, Emily McLaughlin. Her death was not addressed on the show until years later when a tribute was played after an episode, and Steve Hardy mentioned to one of Jessie’s former patients onscreen that she had passed away years earlier.

Cassie Brady had a strange, yet brief, run in Salem. She came to town with twin brother Rex in 2002, and at first people thought the two were aliens. It was then revealed they were the children of Marlena Evans and Tony DiMera, and then the truth came out that the twins were actually Kate Robert and Roman Brady’s kids. After the Melaswen Island debacle, a once-thought-dead Cassie turned out to be alive and returned home to Salem; however, she disappeared onscreen shortly after that. While brother Rex got somewhat of a proper send-off, Cass just faded. It was mentioned in a later episode that she headed to Chicago with Rex. 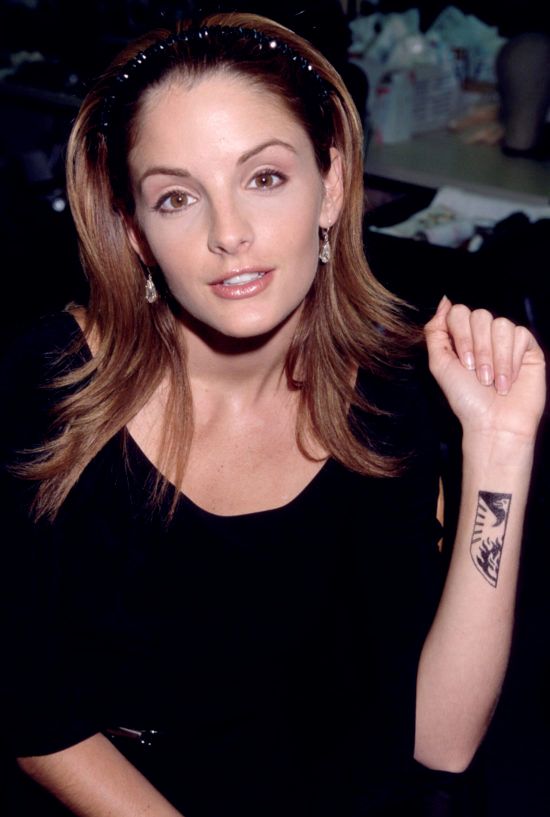 How the Bold and the Beautiful (B&B) managed to simply drop Nick Marone off the canvas without even an explanation is still a sore spot to many fans. The legendary Jack Wagner played the part from 2003 to 2012 with Marone being a huge part of the show until right before he faded into oblivion. 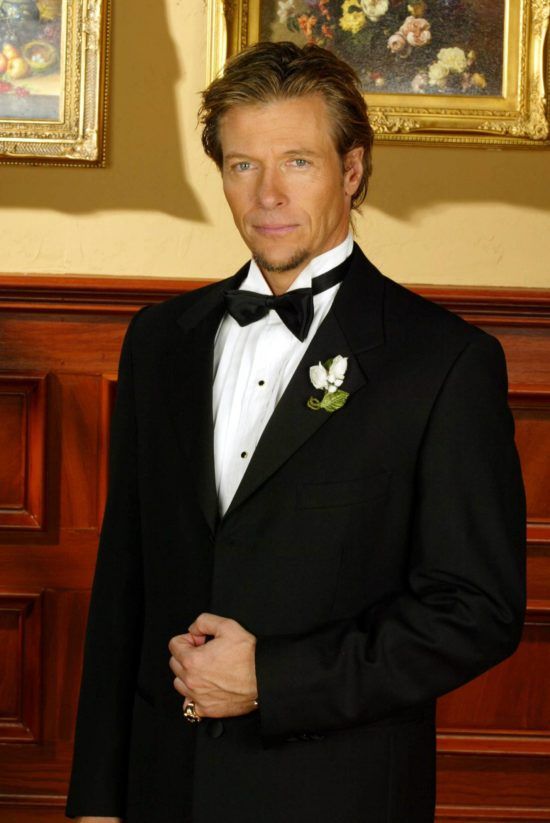 In 1985, long-time Salem citizen Don Craig headed out to mail a letter … and hasn’t been heard from since. Craig was on DOOL from 1971 to 1985, and has some epic romances, including a marriage to Marlena Evans. The fact that a character (and fans) can invest over a decade on a television show without a proper send-off is criminal!

Has anyone seen Dillon Quartermaine lately? We saw him say goodbye to his mom Tracey, as she left Port Charles last year, and he was also the best man at Olivia and Ned’s wedding, but other than that, Dillon has been missing in action. This is largely due to the actor who plays Dillon, Robert Palmer Walkins, being let go in mid-2017. 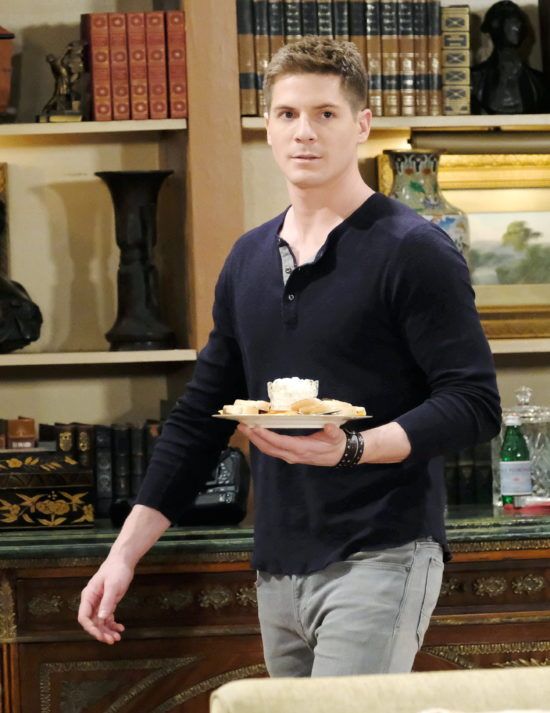 The offspring to super couple Patch and Kayla Johnson was a huge part of DOOL storylines from 2007 to 2011. Sadly, her last appearance on the show was in April of 2011, and while she apparently was still living in Salem, she was written out of storylines and simply faded from the show. It did turn out she had moved to Chicago, but the good news for fans of Stephanie was that the prodigal daughter returned in February 2017 to attend her mom and dad’s wedding. 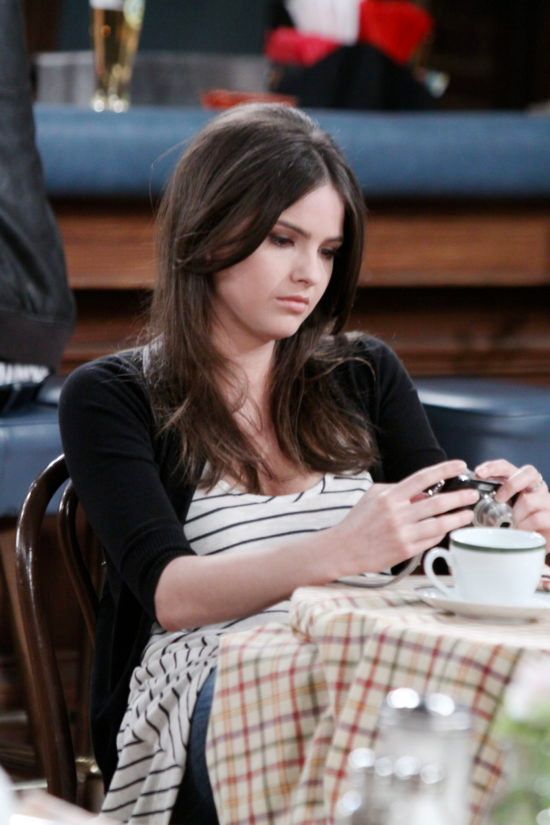 In May 2017, GH fans realized that Anna Devane wasn’t acting funny; in fact, it was her evil twin sister Alex parading around as her with Anna held in London as a hostage. While she was taken into WSB custody by the first week of June that year, Alex finagled a deal and was ironically a free woman despite the crazy crimes she committed. Where is Alex now? Anyone’s guess, but this does open up a door for an evil twin return. 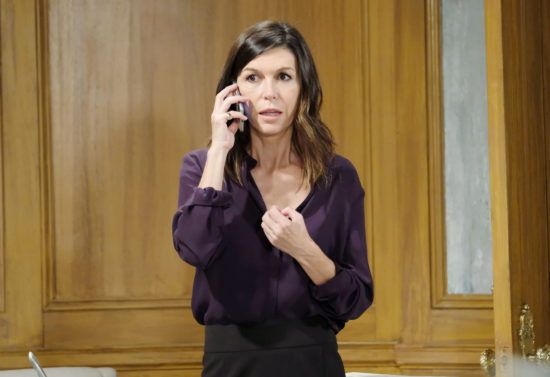 Iconic soap opera character Bo Brady, who was played by the legendary Peter Reckell for decades on the soap, faded into oblivion without any rhyme or reason in 2012. During the Christmas of 2012, Hope, Ciara and Bo went on a boat trip to visit Shawn-Douglas, Belle, and Claire, with Hope and Ciara returning and no Bo. Years later, John Black would offer Hope a note stating Bo was undercover, but many Days’ fans were outraged at the very idea that Bo Brady didn’t get a proper send-off. As it turned out, Bo did return in November 2015 as a part of DOOL’s 50th anniversary celebrations. He reunited with Hope and would sadly die mere weeks after his return. The silver lining in all this? Days fans finally got the closure and send-off for Bo that they had wanted for years. 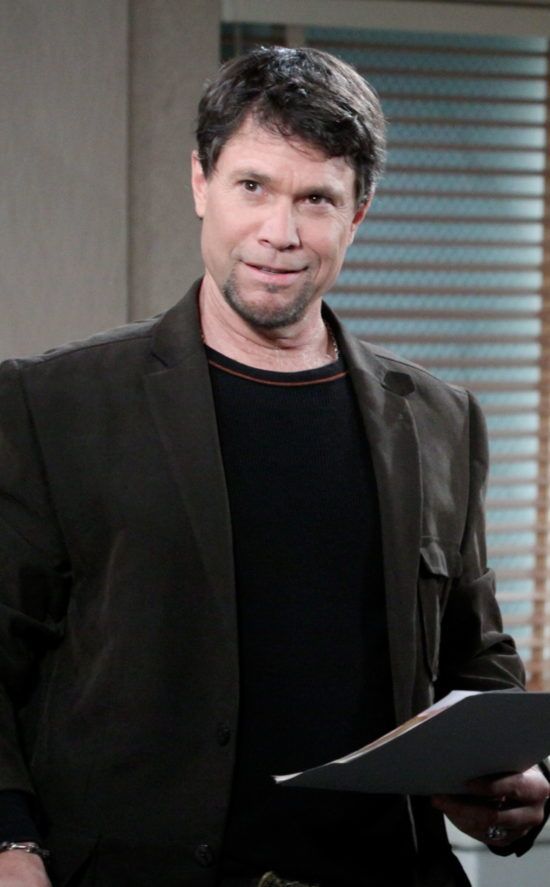