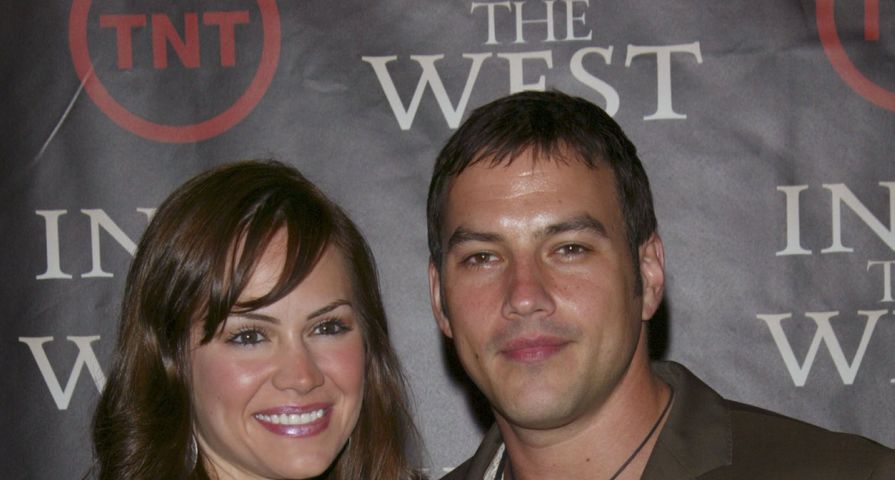 Romance rules when it comes to daytime dramas, and often a little love can trickle from one’s television screen onto the set. It’s natural for colleagues to feel a spark when at the workplace, and the land of soap operas is no exception to this rule. Below are 13 soap star couples you didn’t know dated.

Amelia Heinle is best known for her work on the Young and the Restless (Y&R) playing billion-dollar princess Victoria Newman, while Dax has dabbled with roles on the Bold and the Beautiful (B&B) as well as Sunset Beach. The two were once linked together, and it seems that Dax likes to get around when it comes to dating the ladies of daytime, as he’s also be linked to B&B (and Y&R) actress Jennifer Gareis.

These two young actors found love on the General Hospital (GH) set while their characters Kiki Jerome and Michael Corinthos were romantically linked as well. The pair dated from 2012 to 2015; however, their relationship ended when Kristen decided against renewing her GH contract, and chose to move back to the east coast.

While their onscreen Days of Our Lives’ (DOOL) characters Chloe Lane and Shawn-Douglas Brady were never romantically linked together, Nadia Bjorlin and Brandon Beemer had quite the relationship back in the day. The two were colleagues on the DOOL set and dated for seven years, ending their relationship in 2013.

Cricket Blair and Danny Romalotti had quite the relationship in Genoa City in the 1980s and 1990s. Interestingly enough, some of that tremendous onscreen chemistry between Christine and her rocker boyfriend spilled off-screen when Lauralee and Michael got romantically involved in real-life. Bell and Damian had a relationship that lasted for three years, starting in 1992 and ending in 1995.

These two met on the set, and while Brenda Barrett and Nikolas Cassadine were pre-occupied with other relationships in Port Charles, Marcil and Christopher were quite smitten with each other. The two soap opera actors hooked up after Vanessa’s divorce from child actor Corey Feldman. Marcil and Christopher were so serious that they were engaged at one point in their relationship. Sadly, the two ended up breaking up before they made it to the altar.

Farah Fath and John-Paul Lavoisier met on the One Life to Live (OLTL) set in 2008 and the two dated for five years. Interestingly enough, the two would also land on a little soap that is still on the air known as Days of Our Lives; however, they never appeared on that show together at the same time.

Jack Wagner seems to have a thing when it comes to romance on the set. He dated and married GH co-star Kristina Wagner, and after they filed for divorce in 2006, he began dating Melrose Place co-worker Heather Locklear in 2007. Then, in the spring of 2013, Wagner would announce his relationship to fellow B&B colleague Ashley Jones; however, the two didn’t last, breaking up sometime in 2015.

Speaking of men who find love on the set of where they work, Tyler Christopher had another love interest during his tenure on GH. His onscreen character Nikolas Cassadine had an epic romance with Emily Quartermaine, played by Natalia Livingston. The actors would begin dating in 2004, and it was reported that Tyler purchased a puppy for Livingston as a Christmas gift one year. Their relationship was a bit rocky with them splitting up and getting back together between their two-year relationship, but the two officially called it quits in 2006.

While both actors are no longer on the show, Molly Burnett once played Melanie Jonas on DOOL, while Casey Deidrick played Chad DiMera. The two characters had a bit of a fling back in the day, while Molly and Casey dabbled in a relationship themselves. They met while working on Days in 2009 and dated until about 2010.

There’s got to be something in the water at GH! Yet another couple to find love on the set was Kelly Thiebaud and Bryan Craig. Their characters, Britt Westbourne and Morgan Corinthos, never hooked up in Port Chuckles; however, these two had quite the relationship off-screen. They began dating in 2013 and were even engaged at one point in time. Sadly, the couple broke up sometime in 2016.

Who knew that soap opera veterans Marcy Walker and Michael E. Knight were once an item?  Walker appeared on soaps like the Guiding Light, Santa Barbara, and All My Children (AMC), and worked with Knight on AMC in the early 1980s. Meanwhile, including her part on AMC, Knight has also had roles on OLTL and the Y&R.

While many know that Kirsten Storms (GH’s Maxie Jones) was once married to fellow colleague Brandon Barash (the two are now divorced, but co-parent their daughter Harper Rose well), some may not know about her fling with co-star Ben Hogestyn. GH fans may recall that Ben played Lucas Jones for a brief time on the soap in 2006. Fans may also recognize Ben’s last name, and yes, he is related to DOOL’s Drake Hogestyn (John Black). Ben is Drake’s stepson.

While Yasmine Bleeth is best known for her primetime role on Baywatch, when she first broke into the business, she was a shining soap opera starlet, appearing on shows like Ryan’s Hope and OLTL. Many fans will remember Goldin’s roles on a variety of soap operas including Another World, Y&R, Guiding Light, AMC, as well as B&B. Well, these two were once a thing in the late 1980s, dating for six years. They almost got married, getting engaged in early 1995; however, this relationship ended later that year when Bleeth and Goldin went their separate ways.