Home » Entertainment » Celebrities » 13 Most Popular American Idol Alum: How Much Are They Worth Now? 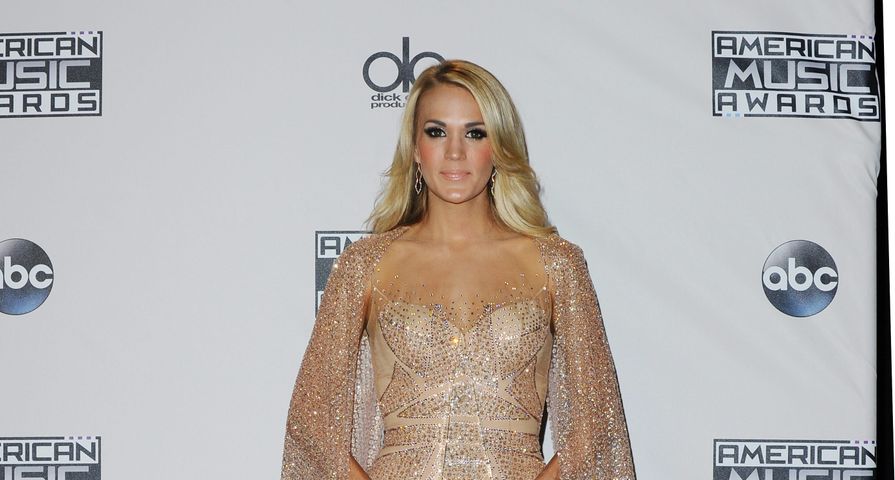 Over the many seasons of American Idol, there has been endless pools of talent debuted on the stage, and while some have reached mega success, a lot are less heard of. While it seems winning such a largely watched show would mean nothing but success afterwards, as fans know that isn’t always the case even though their favorite contestants and winners have continued to make music. With the final and 15th season underway, now is a good time to look back on many of American Idol‘s fan favorites and see how much they are worth now!

Estimated Net Worth: $1 Million. Jordin Sparks became a fan favorite early on in season six of American Idol, and the fans helped her all the way to the end where she became the youngest winner ever at 17. Now the 26-year-old has released three studio albums, three EPs/mix tapes and earned herself $1 million. 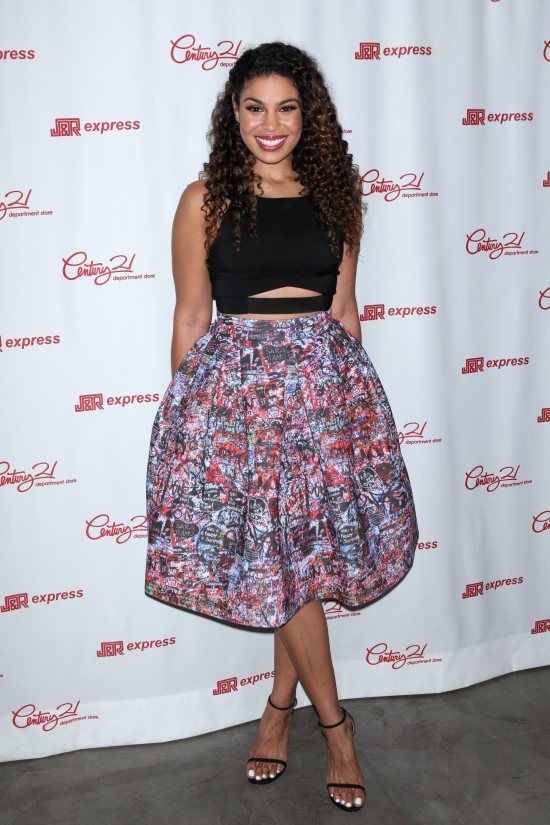 Estimated Net Worth: $5 Million. After Jordin Sparks, David Cook swept through season seven of American Idol with his rocker charm resulting in a huge win and an album that went platinum. He has since released three more albums and went on three headlining tours supported by his legion of fans. Along with his successful music career, Cook also had an endorsement deal with Sketchers, and has amassed a net worth of $5 million. 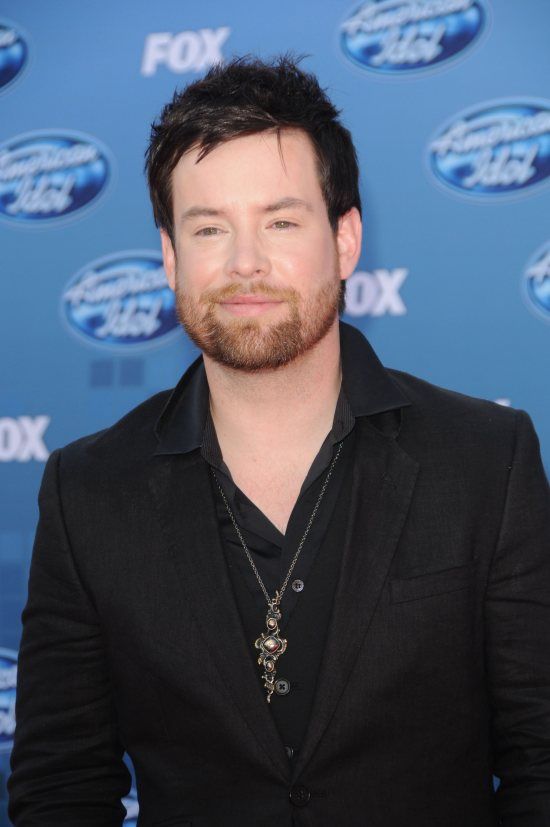 Estimated Net Worth: $3 Million. Scotty McCreery was one of a handful of country artists to become fan favorites over the many seasons of American Idol. McCreery ended up winning the tenth season and became the second youngest winner behind Jordin Sparks. He has released three albums and headlined two tours, and made history with his first album “Clear as Day.” McCreery’s singles are consistently played on country radio and have earned the young star an estimated net worth of $3 million. 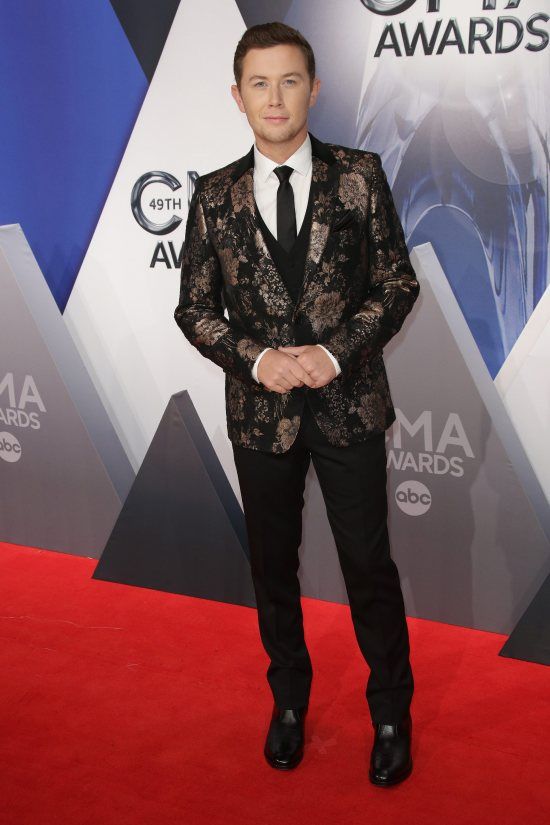 Estimated Net Worth: $3 Million. Fantasia rose to fame early as the season three winner, and has since taken her talents to Broadway in The Color Purple, and has earned six Grammy nominations. Her first single following her win, “I Believe,” debuted at number one on the Billboard Hot 100, giving her the distinction of the first artist in history to reach number one with their first single, and the single went on to become certified double platinum. Fantasia ended up releasing four albums and in 2011 won a Grammy for Best Female R&B Vocal Performance. Although since her win, Fantasia has had some serious personal issues including foreclosure of her home, she still has an estimated net worth of $3 million. 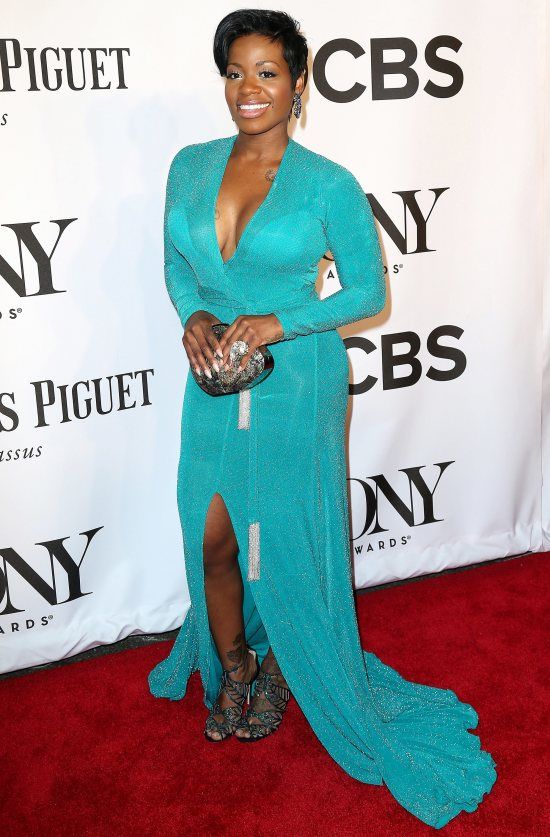 Estimated Net Worth: $1.5 Million. Kellie Pickler is perhaps one of the most succesful non-winners of the show, and in fact only came in sixth place on the fifth season of American Idol, but that did not stop her from being very popular with fans. Her first album after landing a contract was certified gold and included her hit “Red High Heels.” She has remained popular in the country music scene and once again gained notoriety when she won the 16th season of Dancing With the Stars alongside Derek Hough. In 2015 she also landed a reality show with her husband Kyle Jacobs entitled I Love Kellie Pickler, and seems to be adding to her respectable net worth of $1.5 million. 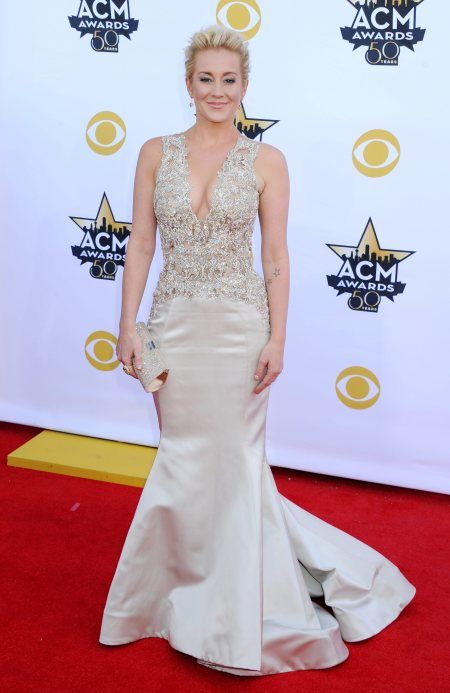 Estimated Net Worth: $6 Million. Elliott Yamin may not have won American Idol but he came close, coming in third on season five and stealing the hearts of fans from the moment they met him. His self-titled album Elliott Yamin debuted at number three on the Billboard 200 and was the highest new artist debut on an independent label in SoundScan history. He has released several more albums including holiday albums and has made himself a very impressive $6 million. 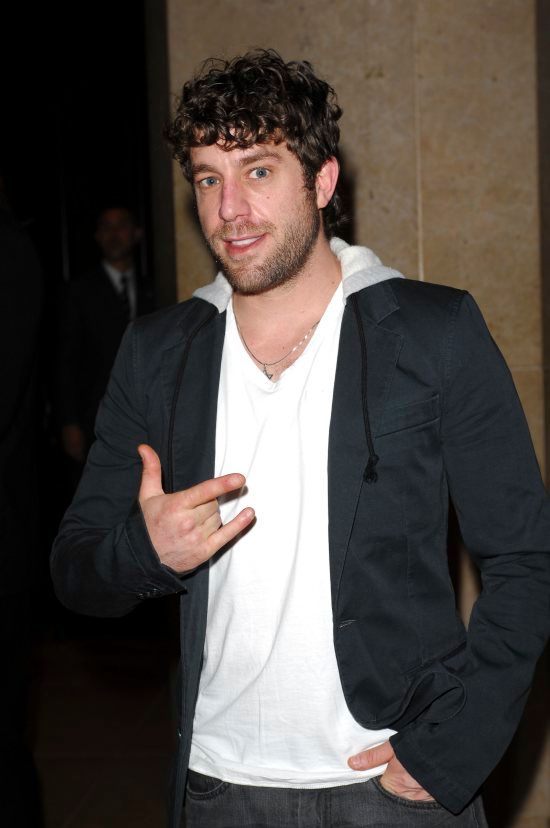 Estimated Net Worth: $5 Million. Season seven of American Idol was a battle of the David’s and one of the closest finales in the show’s history. David Cook may have ultimately won, but David Archuleta had a huge portion of fans in his corner after receiving 44 percent of the 97 million votes to be edged out by Cook. Archuleta ended up releasing six albums and has won six Teen Choice Awards. Although he continues to release music and perform, Archuleta has taken breaks to travel to India to work with non-profit charities to help children, and has done well for himself with an estimated net worth of $5 million. 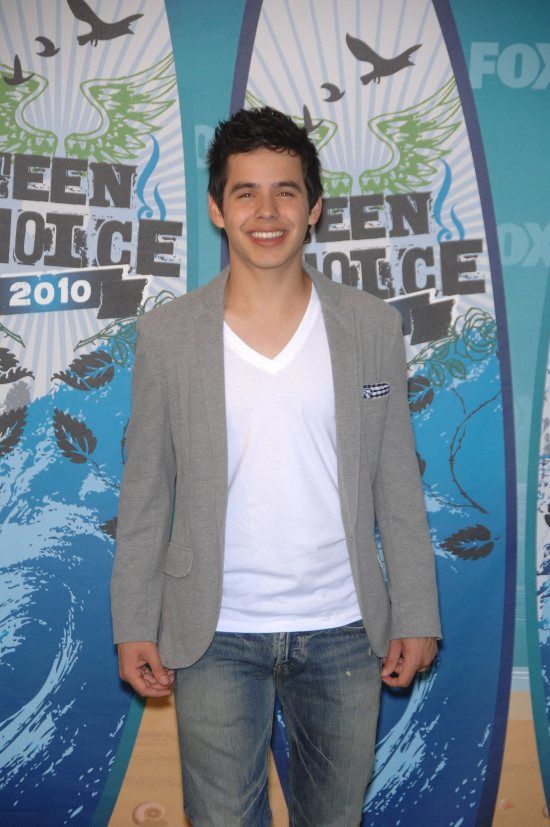 Estimated Net Worth: $2 Million.��Bucky Covington became the heartthrob of season five, and although many fans loved him, he only made it to eighth place before being voted off. Fans loved his rocker looks and sound, but after his departure Bucky turned to country music and his debut self-titled album debuted at number four on the Billboard 200. He ended up with three top-20 singles from that album and has only had three moderate hits since; however, he still has an estimated net worth of $2 million. 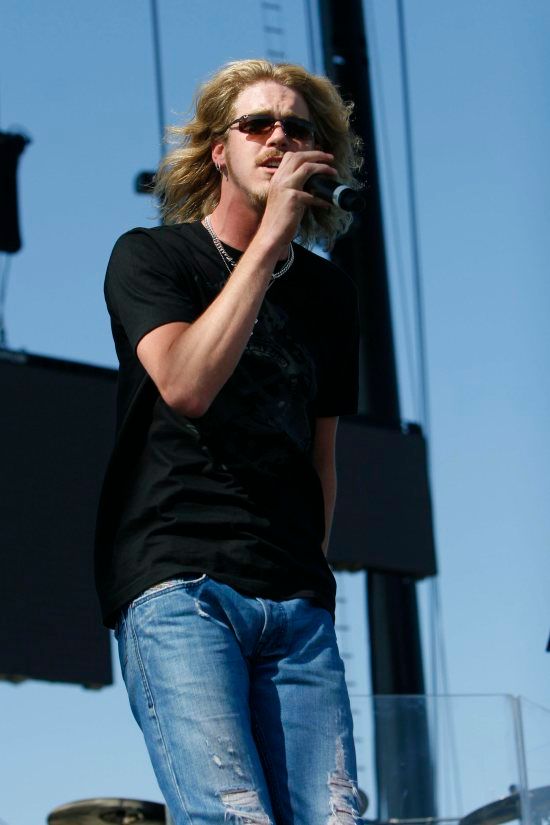 Estimated Net Worth: $20 Million. It’s incredible to remember that singer, actress and Grammy-winner Jennifer Hudson only came in seventh place on the show’s third season. Only two years later she made her big-screen debut in Dreamgirls which earned her an Academy Award for Best Supporting Actress as well as a Golden Globe award. Her very first self-titled album also earned a Grammy and expanded her acting career. She’s also been the spokesperson for Weight Watchers and has catapulted to the A-list with a net worth of $20 million. 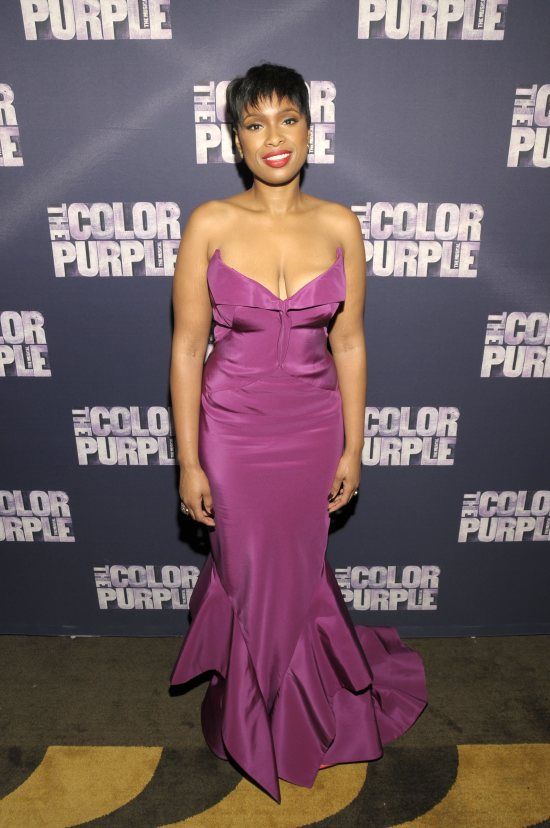 Estimated Net Worth: $8.5 Million. Chris Daughtry’s fourth place elimination on American Idol‘s fifth season was one of the show’s most controversial moments and caused an uproar of the show being fixed or the votes being inaccurately counted because people loved him so much. Although he didn’t win, Chris has gone on to have a successful career after forming the band Daughtry. Like other Idol alum, Daughtry made history when their self-titled debut alum made history as the fastest selling debut rock album in Nielsen Soundscan history. In terms of record sales, Daughtry falls only behind Kelly Clarkson and Carrie Underwood for American Idol contestants. Not bad for a fourth place finisher. 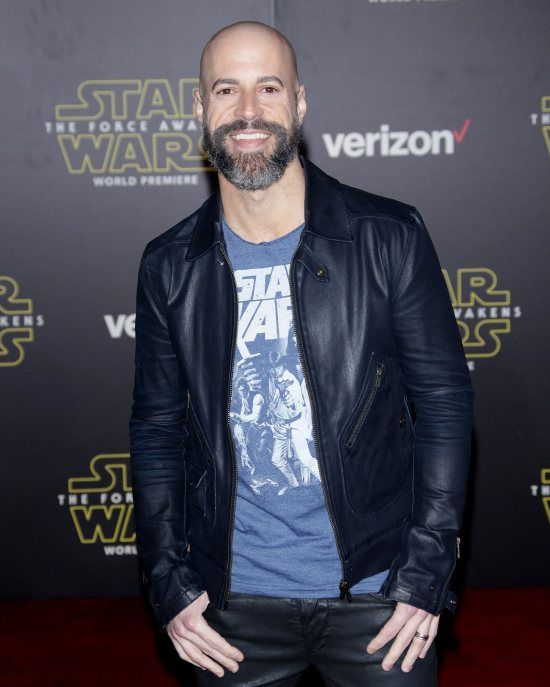 Estimated Net Worth: $12 Million. When it comes to close finishes, it doesn’t get much closer than season eight of American Idol where fan favorite Adam Lambert came in as runner-up to Kris Allen. Without the win, Lambert has still done very well with all three of his albums reaching within the top three on the Billboard 200 charts at their debut. While his personal music has done well, Lambert hit it big when he became the lead vocalist for the classic rock band Queen and embarked on a world-wide tour with the band. In 2015, he even made more money than all other American Idol alum for that year including Carrie Underwood and Kelly Clarkson, and seems to only be adding to his $12 million net worth. 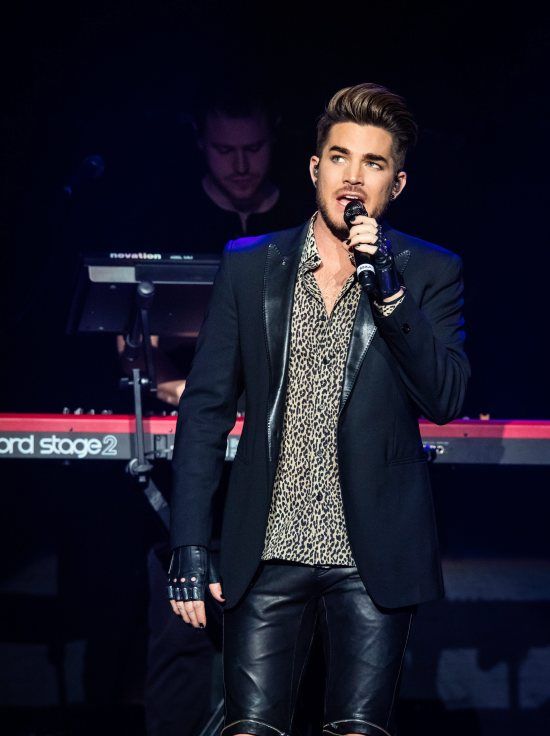 Estimated Net Worth: $28 Million. Although not all American Idol winners have achieved success, as the very first winner Kelly Clarkson has never looked back and has established herself at the top of the music industry. Her first single post-Idol “A Moment Like This” was the best-selling single of 2002, while her hit “Miss Independent” dominated airwaves worldwide. Her second album went sextuple-platinum and earned the singer two Grammy Awards. Overall she has released six albums since her big American Idol win and has made herself an incredible $28 million. 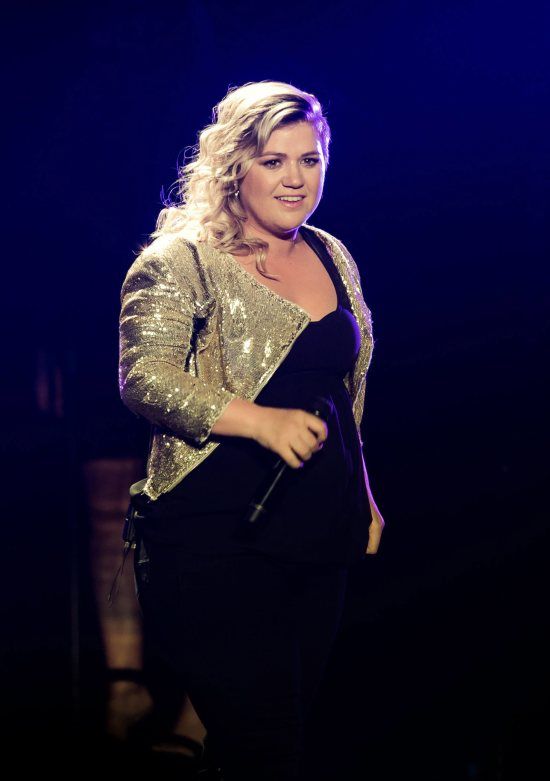 Estimated Net Worth: $75 Million. Last but certainly not least is one of country music’s biggest stars, Carrie Underwood. After winning the fourth season of America Idol in 2005, Underwood has released five albums, won seven Grammys, seventeen Billboard Music Awards and eleven Academy of Country Music awards. It is hard to document all the success she has had in both music and other facets of the industry including numerous endorsement deals and is now the performer of the Sunday Night Football theme song, taking over for Faith Hill. While her success would be too long to list out, it is summed up quite nicely in her whopping estimated net worth of $75 million, and it all began on American Idol. 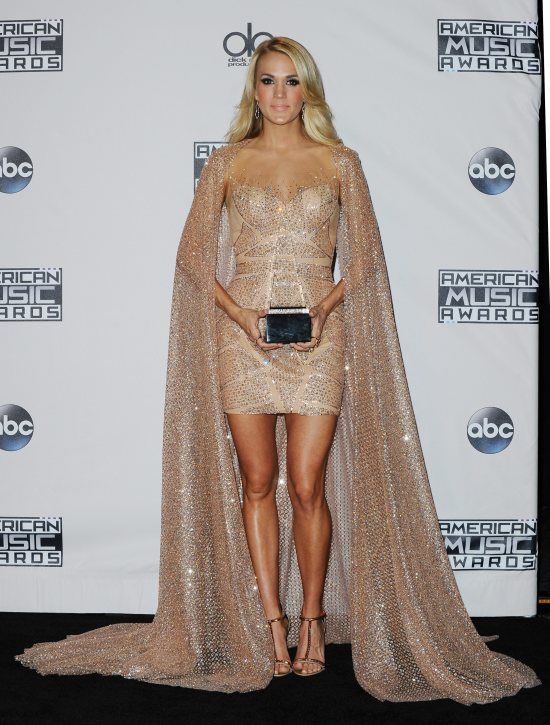