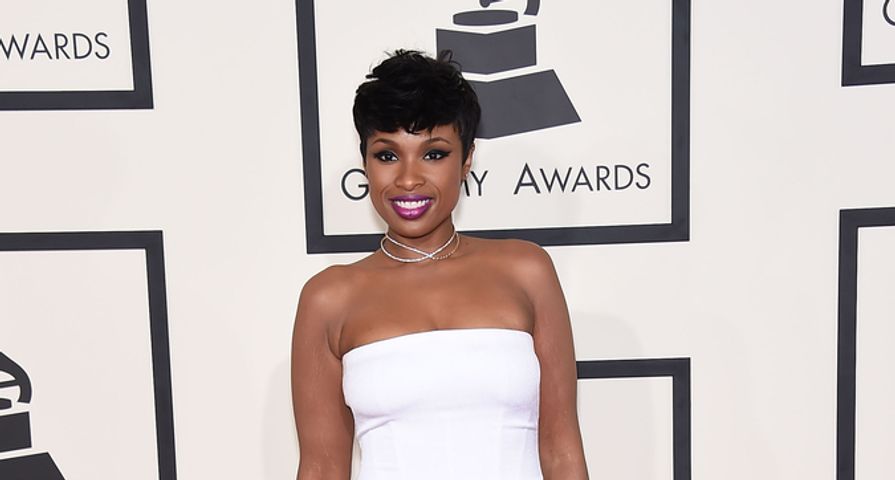 The beautiful and amazingly talented Jennifer Hudson has been wowing audiences with her voice since she first showed up on our television sets as a hopeful contestant on American Idol back in 2004. Although she didn’t take home the title, this became a launching point for the rest of her career. She has gone on to experience so much more like a role in the critically acclaimed film adaptation of Dreamgirls, Sex and the City, The Secret Life of Bees, the list goes on and on, and on top of it all, she’s earned an Oscar, a Golden Globe, and even a Grammy Award for her debut album! Jennifer Hudson is showing no signs of slowing down. She’s become a business mogul, singer, actress and now spokesperson…we’re pretty sure she does it all! Although she lives her life in the spotlight, Jennifer likes to remain private. But in honor of her 35th birthday, we’ve dug up a few things you probably didn’t know about Jennifer Hudson.

Born in 1981, Jennifer Kate Hudson grew up in the South Side of Chicago as the youngest of three children to her parents Darnell Donnerson and Samuel Simpson. Her father, who is now deceased, was a bus driver, while her brother Jason was a mechanic and her sister Julia works as a bus driver. She graduated from Dunbar Vocational Career Academy and attended Langston University, but dropped out because of homesickness and a general dislike of the weather. She later enrolled at Kennedy-King College. Growing up, singing has always been apart of her life. At the age of 7 she was singing in the Pleasant Gift Missionary Baptist Church Choir. When she got into her teenage years, she started working at a local Burger King to make money for school. Her first on-stage performance was starring as the muse Calliope in Hercules – A Muse-ical Comedy aboard the Disney Wonder Cruise ship. She used her experience there as a practicing platform for the reality competition show, American Idol. “I said, ‘if I can get through the ship, that means I’m cut out for Idol,’  she said in an interview with the Minneapolis Star Tribune.

In 2008 Jennifer got engaged to David Otunga, a professional wrestler who also has his law degree from Harvard. Otunga popped the question to “Jenny” with a Neil Lane diamond ring on her 27th birthday after dating for approximately 9 months. “Neither of us has ever been happier. He asked my mother for permission; he’s very traditional,” Hudson said. The couple welcomed a son in 2008 named David Daniel Otunga, Jr. However it’s been eight years since the two got engaged and they still aren’t married! When Jennifer Hudson went on the Wendy Williams show back in 2014 she explained why they’ve decided to wait so long: “Well the ring is there and we will get married one day but again, my thing is, once I get married, I don’t believe in divorce. And so when I get married, it’s for good. We want to be completely sure we’re together, we’re happy and when it’s time.” She also said that David wears a ring so that everybody knows he’s taken — they just haven’t done all the legal mumbo-jumbo stuff.

In 2003, she declined to renew her contract with Disney and joined the 11,000 other hopeful individuals in Atlanta to audition for season 3 of American Idol. As contestant #34403, Jennifer Hudson passed the audition round with flying colors and was cast as a main contestant on American Idol. She sang Aretha Franklin’s “Share Your Love With Me” and impressed former judge Randy Jackson so much he called her “brilliant.” Surprisingly, Hudson didn’t win the show. She made it to the finals but finished in 7th place. We’re not quite sure how that happened considering her vocals, and it didn’t sit well with viewers either. Many people called out the show for being racist after the bottom three contestants in the Top 7 were all African American females with incredible voices. Of course, her elimination didn’t stop her from pursuing a career in the music industry and she’s flourished more than any one else on her season. She held her head high and said, “Whatever it is, it was meant to be. If it was based on talent, I know I was robbed.”

In March 2007, Jennifer Hudson became the third African American celebrity and first African American singer to appear on the cover of Vogue magazine. The only other two African American women who appeared on the cover were Oprah Winfrey and Halle Berry. Editor-at-Large Andre Leon Talley was the one who advocated for Hudson to be on the cover as she was considered “unconventional” considering her size and the racial diversity. “When she sings, people of all ages and all races and all persuasions respond to her in an emotional way. They find in her voice, hope…to embrace Jennifer’s success and give her a cover that is absolutely historical and unique in the 115-year history of Vogue Magazine,” said Talley. This cover girl opportunity paved the way for so much more. A month later Hudson was asked to be the face of Avon’s Imari fragrance.

Hudson said she didn’t know she was overweight or considered a “big girl” until she was walking the red carpet in Hollywood and someone asked her, “What’s it like being a big girl in Hollywood?” At that time she was a size 12 and had already lost 60 pounds which she considered to be an average size. Today, she looks amazing at a size 6 and she said people definitely treat her differently. She began to drastically lose weight in 2010 after she was inspired to lose the weight for a role in the Winnie Mandela biopic. After she lost all the weight, she became a spokesperson for Weight Watchers. “It’s all about self-motivation because at the end of the day, you can have all the trainers and all the money in the world, but if you don’t have that mindset, it’s not possible,” she said. Her finace David also weighed in on her weight loss and said he’s proud of how confident it’s made her, but he couldn’t deny that he loved her curves! Even Jennifer admitted, “I like a little meat on my bones. A [size] 2 and a 0, that’s not for me.”

After six months of auditions, Jennifer Hudson beat out over 700 actresses for the role of Effie White in the 2006 film adaptation in the Broadway musical Dreamgirls. Landing this role was a breakthrough moment for Hudson, from this point onward, her career skyrocketed. Not only did she get to act alongside veterans in the biz like Beyonce Knowles and Jamie Foxx, the film itself was a huge success. It grossed more than $150 million worldwide. Hudson gave such a flawless performance she won 29 awards from film critics, taking home a Golden Globe Award for Best Supporting Actress, an Oscar Award, a BAFTA Award and a Screen Actors Guild Award! She became the first American Idol contestant to be nominated and win an Academy Award and is one of only seven other African American actresses to take home an Oscar — the only others are Whoopi Goldberg, Hattie McDaniel, Octavia Spencer, Mo’Nique and Halle Berry. The following year, Clive Davis signed her to his J Records label.

It’s definitely hard to keep things under the radar when you’re as big of a celebrity as Jennifer Hudson in Hollywood. But somehow, the Grammy-winning singer managed to hide her pregnancy until she was about 7 months along! The news was spoiled when a baby shower was held in her honor in her native city of Chicago. Hosted by her longtime friend, Felicia Fields, she said, “It was a baby shower, a quiet gathering of friends and mostly family. They’re really trying to keep it kind of quiet.” Throughout the entire pregnancy Hudson refused to confirm or deny the allegations that she was pregnant. Hudson and Otunga also kept the sex of their baby on the down low. No one knew until the birth on August 10, 2009 when they welcomed their baby boy into the world. He weighed in at 7 lbs and 14 oz. “I love being nurturing and caring because I love to see other people happy. Who better to devote my time to than my own child?,” she said.

Her brother, mother and 7-year-old nephew were fatally shot at the hands of Jennifer Hudson’s estranged brother-in-law and Julian’s stepfather, William Balfour, in October 2008. After her mother and brother were found, Julian was reported missing with a $10,000 reward for his return. He was found in the back of an SUV the following Monday with multiple gunshot wounds. Balfour was found guilty of three counts of first-degree murder. In an interview with Oprah, Hudson said there was always a part of her that never trusted her sister’s husband, even as a child back in the sixth grade. “In the sixth grade he was more to himself and quiet. He went to jail right out of eighth grade when we graduated and it didn’t surprise any of us,” she said. When asked about how she copes with the tragedy Hudson said: “It’s literally just takes a part of you. Because there were so many shocks involved in it – I can’t even get over who do I grieve for first. Who do I start with? So I find myself one moment, of course, I’m going to think of my mother because it’s my mother, so I think of her a lot. Next, Julian or my brother. I have moments where it’s bits and pieces. It’s too much…Your mind is confused. Your feelings are confused. You don’t know where to start.” In a strange twist of luck, Hudson said she was supposed to be at the house that day when her mother and brother were shot. She didn’t end up going because at the last minute her fiance David asked her to go to Florida with him.