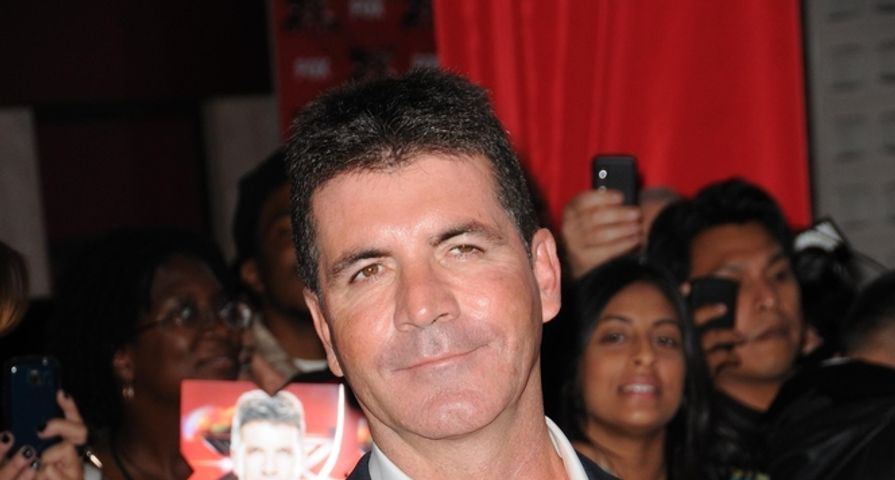 Simon Cowell made a name for himself as the nasty judge on American Idol who couldn’t help but insult the contestants on the show. Before he landed on primetime though, the sharp-tongued judge really struggled to find his place in the world and there were times where it didn’t seem as though he was going to make something of himself. In celebration of his birthday, we have 9 things you didn’t know about Simon Cowell:

He was born in Lambeth, London, to Julie, a ballet dancer and socialite, and Eric, an estate agent developer and music industry executive, but he was brought up in Elstree, Hertfordshire. His father’s family was mostly Jewish while his mother’s family was Christian and is of English descent. He has one younger brother, Nicholas, and three half brothers, John, Tony and Michael, and a half-sister, June.

The X Factor judge wasn’t a great student. He dropped out of school when he was 16 after he was held back a year and found himself in his younger brother’s grade. After dropping out, he took a number of menial jobs, like working on the set of Stanley Kubrick’s The Shining as a runner, but did not get along with his co-workers and bosses. His father, who was an executive at EMI Music Publishing, then got him a job at EMI working in the mailroom.

7. Struggling to Make It

In the early ‘80s, Cowell left EMI with a former boss to form E&S Music, but quit in 1983. He then formed Fanfare Records with Iain Burton. They signed Cowell’s girlfriend at the time, Sinitta, and had their first hit in 1986 with her song “So Macho.” However, in 1989, Fanfare Records, which was experiencing severe financial difficulties, went under. Cowell almost went bankrupt and was forced to move back in with his parents.

After going bankrupt, the former American Idol judge found a job with BMG as an A&R consultant where he was able to hone his skills in identifying potential hits. His next big break came when Robson Green and Jerome Flynn, from the UK television drama series Soldier Soldier, signed with him and recorded the song “Unchained Melody,” which they had performed in the show. The duo, named Robson & Jerome, reached number 1 in the UK and stayed at the top of the charts for seven weeks. They ended up releasing three albums and two more singles before quitting the business. Cowell claims that these two made him first million. He later signed Five, Westlife and Teletubbies.

In 2001, he became a judge for the series Pop Life. He and three other judges would judge the abilities of the contestants who were hoping to become professional pop singers. In 2002, he became a judge on American Idol, which was based on the British series Pop Idol, where he became known for his blunt honesty. Although he stayed on Idol until 2010, in 2004 he created the show X Factor using his production company Syco TV.

Simon Fuller, creator of British talent show Pop Idol and American Idol, sued Cowell, The X Factor and Fremantle Media in 2004, claiming The X Factor was a mere copy of Idol with 400 similarities. He was seeking an executive producer credit, as well as fees from the show. Cowell eventually settled with Fuller out of court. He reportedly received a greater share of American Idol in return for giving Fuller a stake in The X Factor.

Every morning, he watches old cartoons as he eats breakfast, has his morning bath and prepares his day. “It just puts me in a good mood,” he told GQ. “It’s less depressing than watching the news, which is just relentless. You’ve got to try it one morning. You’ll be happy for the rest of the day.” He typically finds them on cable, but he also has DVDs with the cartoons, just in case.

Cowell has been smoking since he was eight-years-old. He’s been a pretty heavy smoker, smoking about 80 cigarettes a day, but he’s trying to cut back now because of his son, Eric. He has tried hypnotherapy to help him quick the habit, but found himself smoking minutes after leaving the session. He’s now turned to vaping, which seems to be helping more than the hypnotherapy did.

The sharp-tongued judge found himself in the middle of a scandal when he impregnated his good friend Andrew Silverman’s wife, Laura. After news got out that Laura was pregnant, Andrew filed for an at-fault divorce, citing his wife’s adultery and naming Cowell as a co-respondent. On Valentine’s Day 2014, he and Laura welcomed a son, Eric, into the world. The couple is still together and Cowell has said that fatherhood has changed him.