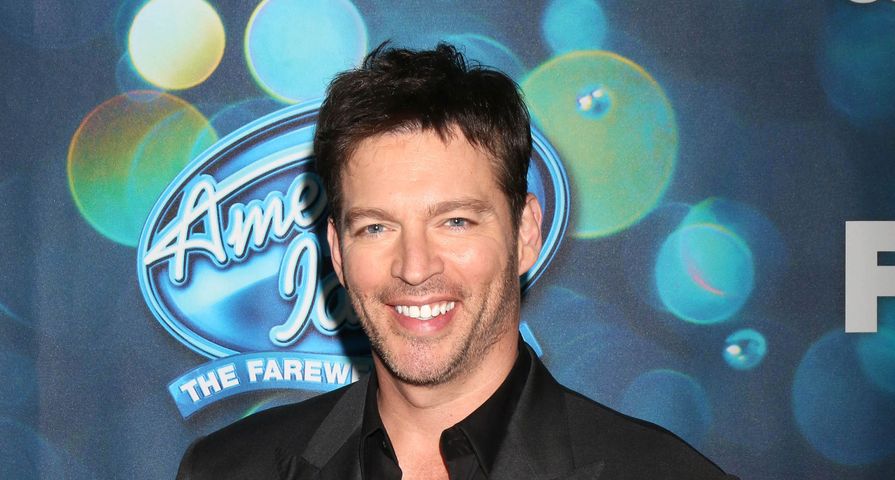 Harry Connick Jr. is one of the most talented celebrities in Hollywood, but has managed to stay out of the spotlight and media headlines for the most part. He is a singer, an actor, a musician, and extremely funny, providing much of the comic relief during his time as a judge on American Idol. He has been part of the music world and entertainment industry for almost his entire life, and went on to marry a Victoria’s Secret model, but there are still so many things to know about the handsome star! Check it out:

Harry Connick Jr. has a reputation for being a clean cut, good guy, but he has gotten himself in trouble at least once. In December of 1992, Connick Jr. was charged with bringing a gun to the security checkpoint in an airport. Port Authority Police arrested him and charged him with having a 9mm pistol in his possession at JFK International Airport. As a result, he had to spend a day in jail and had to make a PSA commercial warning the public against breaking gun laws. Along with that the court agreed to drop all the charges if he stayed out of trouble for six months.

Harry Connick Jr. was born Joseph Harry Fowler Connick Jr. on September 11, 1967 in New Orleans, Louisiana. He was born to Anita Frances and Joseph Harry Fowler Connick Jr., and he has one sister Suzanna. His mother was a lawyer and a judge and eventually a Louisiana Supreme Court justice, and his father was the district attorney of Orleans Parish from 1973-2003. His parents also owned a record store where the encouraged and helped cultivate Harry’s love of music. Connick attended Jesuit High School, Isidore Newman School, Lakeview School, and the New Orleans Center for the Creative Arts in New Orleans.

Unfortunately, at a young age, Harry Connick Jr. was faced with an extremely difficult tragedy in his life. In 1981, when he was only 13 years old his mother, Anita, passed away due to ovarian cancer. “My mother…I knew until I was 13. She died when I was 13 […] My mom and I were super tight. I think she really wanted me to be an artist, you know? She used to like to tell people she wanted to be Beethoven’s mother. That was her thing. She wanted to be mother of this person,” he recalled of his mom and losing her at such a young age.

this is a picture of me with my hero, my dad. he was born on march 27, 1926… today he’s 90 years old. happy birthday to the greatest man i’ve ever known – i love you so much, pop… thank you for setting the bar so high…

Due to his singing style, Harry Connick Jr. has always been compared to Frank Sinatra, and Sinatra frequently praised his skills, and referred to Connick as “The Kid,” but as it turns out they had at least one really awkward encounter. In an interview with Piers Morgan, Connick recalled the time he sang for Sinatra at his 75th birthday party, but ended up messing it up in front of not only Sinatra, but all of his famous guests as well, so he ended up catching up with Sinatra to apologize while they were in the elevator together with Connick’s future wife Jill Goodacre. “And I said, ‘Mr. Sinatra, I’m Harry Connick. I’m the guy who just sang for you and messed it up and blah, blah, blah.’ And the doors opened. And it would have been, in my mind, a perfect opportunity for him to sort of put his hand on my shoulder and say, ‘young man, you know, you’ve — you carry forth, you know?’ But he went to my wife and sort of cradled her face in his hands and said, ‘you’re beautiful.’ Then he kisses her right on the lips and left.”

Music became a major part of Harry Connick Jr.’s life very early on. He started learning the keyboard when he was three, began playing publicly by the age of five, and began recording with a local jazz band at ten. At only nine years old, he performed Beethoven’s Piano Concerto No. 3 Opus 37 with the New Orleans Symphony Orchestra. He attempted to study jazz music academically, but ended up moving to New York City to study at Hunter College and Manhattan School of Music where a Columbia Records executive convinced him to sign with their label. He released his first album, an instrumental record titled Harry Connick Jr., in 1987.

new orleans jazz fest… wish i were there… played there since i was a kid! #JazzFest

After adding to his reputation with shows at many high-profile New York venues, and then adding his own vocals to his second album, it didn’t take long for Hollywood to take notice of him. In 1989, director Rob Reiner asked Connick to provide a soundtrack for the romantic comedy When Harry Met Sally. The soundtrack was a major hit, and the following year, he made his own on-screen debut in Memphis Belle. He then continued to make music both on his own and for films, and acted, appearing in 1996’s most successful film, Independence Day.

Frank Sinatra’s birthday party is far from the only time Harry Connick Jr. has performed in front of a crowd of famous and powerful people. Back in 2010 he and his band performed the song “When the Saints Go Marching In” at the White House for Michelle Obama. Not only that, Michelle gushed about their friendship when she introduced him, saying, “Somebody who I love dearly and who has just been a friend to us for a very long time.”

After years of charming fans through his music, his movie characters, and as a judge on American Idol, he has now landed his own daytime talk show. Simply named “Harry” he promises the show will not be like any other “hour” on television. Eric and Justin Stangel, the head writers for ‘The Late Show’ for 17 years are in charge of writing and are very excited to work with Harry, who David Letterman says has “enormous appeal.”

another sneak peek from the set of my new show “HARRY” – premieres september 12! #HarryTV

Over his years of work in both the recording studio and in front of the cameras, Connick Jr. has been rewarded for his work several times including three Grammy Awards and two Primetime Emmy Awards. He won his first Grammy in 1990 for Best Male Jazz Vocal Performance for his When Harry Met Sally soundtrack. He then won again the next year in the same category for his album We Are in Love, and received his third win in 2002 for Best Traditional Pop Vocal Album for Songs I Heard. He then won two Emmys, one in 2004 and one in 2011, both for Outstanding Music Direction.