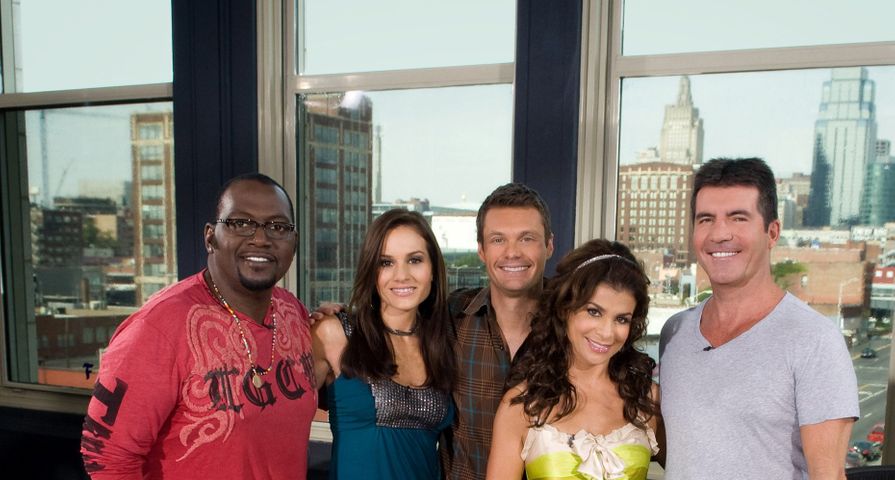 “American Idol” is one show that has proven to be endlessly entertaining if only because of all of the horrible auditions. We don’t know what possesses these people to go on the show. They obviously have no idea how untalented they are, which makes them easy targets on the show. We sometimes feel a bit bad laughing at them but, at the same time, they do it to themselves. In honor of the news that the show has been cancelled after the next season, here are the 10 worst “American “Idol” auditions. There was plenty to choose from, so we made sure to be really selective about our picks.

10. Trista Giese – If I Were The King of the Forest

Trista Giese’s strange rendition of “The King of the Forest” didn’t fly with the “American Idol” judges. Simon Cowell thought it was the strangest audition that he ever heard, which was not a compliment. The rest of the judges were equally unimpressed, even refusing to keep the poster she made for them. Poor girl.

General Larry Platt’s song “Pants on the Ground” didn’t help him pass his “American Idol” audition, but it did become a hit in the months that followed. The song sold more than 260,000 downloads and it even has a video.

8. Leroy Wells – Got Your Money

Leroy Wells had so much energy. He was like a kid high on sugar. Unfortunately, despite the incredible amount of energy, he couldn’t carry a note – which just happens to be the whole point of the competition.

Steven Thoen really thought it had what it takes to be the next American Idol; however, Simon Cowell completely disagreed. According to him, coaching Thoen to win “American Idol” would have been “like coaching a one legged man to win the 100 meter sprint.” Ouch.

The most interesting thing about Ian Benardo’s audition was the massive fight he got into with Simon Cowell. If he put as much effort into singing as he did into bashing Cowell, he could probably be the next American Idol.

Poor William Hung has no idea how bad his singing and dancing really is. The three judges quickly rejected him, letting him know just how untalented he really is; however, his audition video went viral. As a result, he was given a record deal and played himself in an episode of “Arrested Development.”

4. Matthew Paulson – Measure of a Man

Matthew Paulson butchered Clay Aiken’s song “Measure of a Man” for his audition for “American Idol,” but he didn’t see it that way. Like most “American Idol” rejects, he thinks he did a great job and that the judges were too blind to see it.

3. Rhonetta Johnson – You Remind Me

Randy Jackson, Paula Abdul and Simon Cowell were deeply unimpressed with Rhonetta Johnson’s audition. After Jackson told her, “Rhonetta, you’re not a good singer,” she responded with “I’m still going to make it though.” While she hasn’t made a name for herself in Hollywood, she has made a name for herself with Mecklenburg County Sheriff’s office.

2. Derek Stillings – In My Dreams

Poor Keith Beukelaer. He really thought he had what it takes to be the next American Idol when he performed “Like a Virgin” for Simon Cowell and Randy Jackson. Even when Cowell told him that he was “the worst singer” in the world, Beukelaer didn’t believe him. He responded with, Cowell “can kiss my a**.”