13 Minor Sons Of Anarchy Characters Who Stole The Show 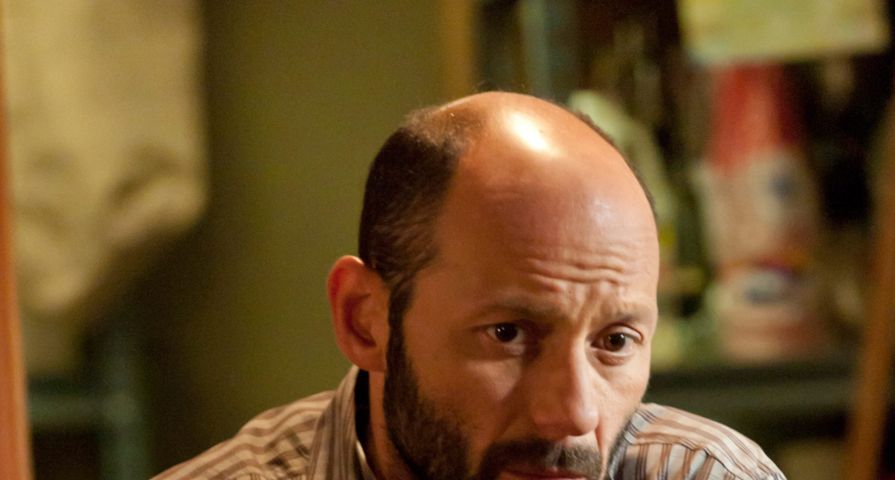 For seven seasons from 2008 to 2014, Sons of Anarchy was one of the most buzzed about shows on television. Over the course of seven seasons, many characters came and went as shocking and brutal deaths became commonplace, and while the main cast mostly stayed the same, there were some peripheral characters who had a pretty big impact on storylines and audiences. While all eyes were always on Jax, Tara, Gemma and SAMCRO, when these 13 characters were on the screen, fans definitely took notice! Check out 13 minor Sons of Anarchy characters who stole the show:

Although Nero Padilla became an integral part of the series, he didn’t appear until season five’s premiere “Sovereign.” Despite the fact he only appeared in 38 episodes from season five to season seven, his presence immediately breathed new life into the show. For once, Gemma had a stable love interest in Nero who was kind, smart and cared deeply about her which could most definitely not be said for Clay. Nero’s commanding force and leadership made him difficult to ignore, but most of all it was Jimmy Smits’ strength of acting that had audiences become immediately invested in his character and it isn’t hard to see how or why Nero became such an important character to the show.

When SAMCRO wasn’t dealing with rival gangs, they had their hands full with law enforcement, and they almost met their match with Agent June Stahl. Played by Ally Walker, Agent Stahl first appeared in seasons one’s sixth episode “AK-51,” and she made it immediately clear she was going to cause a lot of problems for the crew. Many SOA fans will agree that the earlier seasons of the show were the best, and Agent Stahl’s storylines are what kept everything moving at a fast and suspenseful pace. When she wasn’t causing trouble for SAMCRO, she also stole the show for being yet another powerful female character in the series which was one of the defining markers of the series and helped earn it critical acclaim.

Being a part of SAMCRO isn’t easy and it certainly isn’t easy for the prospects including Edward Kip “Half Sack” Epps. Even though he was only a prospect, he quickly became a notable member of the show and soon had more and more storylines revolving around him. From his love with Cherry to stealing an ambulance, and the many jokes made at his expense and “half sack” injury, there was never a dull moment when it came to the character, and many fans were rooting for him to finally be patched into SAMCRO. Although he wasn’t a main character, many were devastated when he was killed in season two, becoming the first regular character to be killed off in what would become a long list of fan-favorite characters meeting their ends.

Season five brought Jax and the rest of SAMCRO one of their most formidable foes in drug kingpin Damon Pope and leader of the One-Niners. Just as Sons of Anarchy fans were beginning to think the show had lost its way a little, the storyline involving Pope sucked fans right back in. The image of Dawn Trager being burned to death by Pope right in front of Tig still haunts viewers, and they knew that anytime Pope was around something serious was going to happen. Jax and the guys had a lot of enemies to contend with, but one fans will never forget is most definitely Damon Pope.

If Damon Pope left a memorable impression on Sons of Anarchy fans than Romeo Parada most definitely did as well. Along with Pope, Parada was one of the main antagonists for SAMCRO in seasons four and five, and as one of the main influences in the California underworld, much was decided upon by Parada. Of course, his storyline only became more intriguing when it was revealed he was an undercover CIA operative. Although the character brought a lot of suspense to the 14 episodes he was in, it cannot be denied that the reason he stole the show was that Romeo Parada was played by none other than on-screen legend Danny Trejo who leaves on a mark on every film and series he is involved with.

Over its entire season seven-run, Sons of Anarchy had a juxtaposing dynamic with its depiction of women. While there were some female characters present strictly for the entertainment of men, and in most cases seemed disposable, on the flip side of that depiction, the show gave fans some of TV’s strongest and boldest ladies, and one that certainly does not get enough credit is Lyla Winston. Although she was first introduced as just another pretty face and adult entertainment star, Lyla quickly became one of the show’s most admirable women as she preserved and endured assault and the death of Opie after which she fearlessly took on the task of raising his children. Her screen time may have been limited, but fans won’t deny that the show and Opie’s storyline would not have been nearly as good without her which goes to show how big of an impact she had as a minor character.

There was never an end to the entertainment value when Venus Van Dam was in a scene on Sons of Anarchy. Walton Goggins portrayal of the transgender prostitute was so good that fans were demanding an Emmy for the actor out of all the supporting stars on the show. It may be hard to believe, but Venus only appeared in six episodes in total, but that doesn’t mean she didn’t go down in SOA history. Venus proved that Sons of Anarchy would not be labeled and would always work to bring people to the forefront of TV in ways audiences never expected. Although often joked about, Venus and Tig’s real relationship ended up being one of the most important to the entire show.

From the season one pilot to the season seven finale, Marcus Alvarez appeared in 32 episodes of the show, making him an important character, but not a main one. As the President of the Mayans Motorcycle Club’s Oakland, California chapter, Alvarez went from being one of SAMCRO’s enemies to working closely with the Charming motorcycle gang, and as the main antagonist of seasons one and two, is one of the reasons the show became as successful as it did. Marcus Alvarez and the Mayans had such an impact on the series that creator Kurt Sutter has now created a spinoff based solely on the motorcycle gang, and nothing says stealing the show like getting your very own series.

Given how much violence, murder and drug trafficking happens in the small town of Charming, it isn’t surprising they had a hard time keeping responsible law enforcement around and when Eli Roosevelt was introduced as Charming’s new sheriff in season four there weren’t many high hopes for him. Surprisingly, the show took a new angle on the law enforcement vs. SAMCRO storyline and turned Roosevelt into the type of cop who knew he couldn’t drive the motorcycle club out and instead respected them and even found an understanding with them. Roosevelt was an unsuspecting character that fans didn’t realize actually had a major impression on the show until his death which impacted viewers way more than they thought it would.

Ray McKinnon’s portrayal of U.S. Assistant Attorney Lincoln Potter still haunts those who watched the show. Smart, ruthless, determined, eccentric and slightly creepy, the character was quick to put everyone on edge, but also is what made season four one of the best seasons of them all. Potter’s involvement with SAMCRO led to so many twists and turns that fans essentially forgave SOA for the disaster that was season three before it and renewed the feelings that the show really was one of the best on TV. A lot of characters came and went on Sons of Anarchy, but even with only appearing in 12 episodes, Lincoln Potter remains one of the most important and memorable when it comes to the show’s trajectory and success.

Much like Nero, Wendy Case seemed like a major character of the show, but in reality, she only appeared in 35 episodes through all seven seasons yet there is no denying she was definitely one of the biggest scene stealers in those episodes. From her beginnings as a drug addict while pregnant with Abel to her reform in season four, Wendy quietly underwent one of the biggest character developments out of anyone in the series and with all of the drama and deaths, she also quietly became extremely important. After everything she was put through by Jax and Gemma especially, Wendy stepped up when nearly no one was else was left to ensure the safety and raise both Abel and Thomas, and in the end, Jax’s goodbye to her was one of the hardest scenes to watch.

Kurt Sutter not only created an epic show, he was also a huge part of its intrigue as incarcerated SAMCRO member Otto Delaney. Sutter was pretty busy running the series but he managed to also appear in 20 episodes which were all it took for Otto to become arguably the toughest character out of everyone which is saying a lot. Otto endured sexual assault, bit off his own tongue and stabbed people with whatever he could get his hands on, making for some of the most graphic and gruesome scenes which undoubtedly stole the show.

From prospects to law enforcement and friends of the club, absolutely no one was quite like Chucky. When Chuck “Chucky” Marstein was first introduced to the show in season one’s “Giving Back,” probably no fan anticipated that he was going to become one of the fan-favorite characters of the whole series. Chucky had a heart of gold and became a friend, confidant, babysitter, helper and whatever the club needed him to be. What makes him stands out the most, however, is that Chucky was at the center of some of the show’s most heartwarming and hilarious moments, and in a show with graphic deaths, assaults, and violence, those moments were hard to come and most certainly very memorable.