Home » Entertainment » Celebrities » Things You Might Not Know About Charlie Hunnam 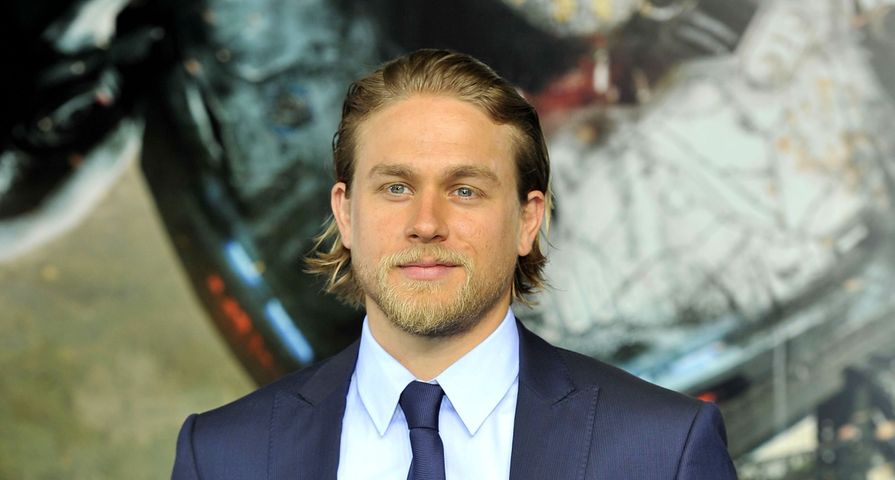 Charlie Hunnam has been acting since the mid to late ’90s but he rose to the top of the A-list and quickly with his role as Jax Teller on Sons of Anarchy. At 37 years old, his career is in full swing and, with legions of fans, every new project is awaited with a lot of anticipation. Although, he is well-known, he likes to keep to himself and not too much is known about the handsome British actor. Get to know him better with these 10 things you didn’t know about Charles Matthew “Charlie” Hunnam.

In Sons of Anarchy Hunnam portrays the leader of a biker gang, and if he needed to do any research about the outlaw lifestyle he didn’t have to look any farther than his own father. William Hunnam was a well known gangster and scrap-metal dealer in Newcastle and Hunnam once said about his father, “My dad’s a real hard guy. He made money outside of the law. So I was very aware of the outlaw mentality. He’s very kind of feared and respected in equal parts. I mean, he was really a kind of serious guy when he was younger.”

Unlike most Hollywood discovery stories, Charlie Hunnam’s started with him being drunk in a shoe store. He explained he always did his shopping on Christmas Eve after having a few drinks and, when trying on shoes to possibly buy for his brother, he saw a lady staring at him so he blew a kiss at her. Turns out the lady was a production manager for a kids show called Byker Grove and ended up casting him in three episodes.

Because he grew up poor, Hunnam admits he went over the top when he could finally buy the expensive sneakers he always wanted as a kid and at one point ended up with 85 pairs of Nike Airmax 90s. He later explained he quickly realized how ridiculous that was: “I went through and picked out the ones that I had serious emotional attachment to, which was only about six or seven pairs. Then I gave a few pairs to buddies, and I’m going to give the rest to charity and be done with this sneaker thing once and for all.” He also admitted he has a tendency to steal clothes from movie sets and has stolen quite a few pieces of clothing from Sons.

7. Life on the Ranch

Hunnam has been dating jewelry designer Morgana McNelis since they first met in 2007, and the two keep a low profile living on a ranch outside of L.A. “We’ve got 30 chickens and a couple of donkeys, a couple of ducks and we’ve got a big, organic garden. We are going to try to live a bit more sustainably,” he once stated.

After some acting roles in Britain, Hunnam moved to L.A. when he was 18 after being invited for several auditions. Having not been to L.A. or America before, he didn’t know what else to do but roam the beaches all day, ending up with a severly sunburned face the day before he was supposed to meet with the first set of casting producers.

It turns out that being tough and fearless on Sons of Anarchy, isn’t just an act for Charlie Hunnam. While on the late-night talk show Conan, he described how he had to fend off not one but two would-be burglars in separate situations. Hunnam explained that in each case he would grab a “weapon” like a baseball bat or machete and had no problem confronting the people trying to break into his house.

By now everyone is well aware that he was the first actor cast and confirmed to star as Christian Grey in Fifty Shades of Grey before backing out of the role a couple weeks later. It turns out he almost starred in quite a few other big name movies. In 2002 Hunnam auditioned for the role of Anakin Skywalker in Star Wars: Episode II Attack of the Clones, but lost out to Hayden Christensen. He also auditioned for the lead role of Thor, but of course lost out to Chris Hemsworth. Jason Segel also wrote the role of Aldous Snow in Forgetting Sarah Marshall for Hunnam; however, he did not take it because he didn’t think he could do a proper job, leaving the role open for Russell Brand instead.

Back in 1998, Hunnam met his now ex-wife Katherine Towne at an audition for Dawson’s Creek and they got married afer only knowing each other for three weeks. The marriage only lasted a few years and they were divorced in 2002.

Hunnam may be a talented actor, but he never intended to be an actor after graduation from Cumbria College of Art and Design with a degree in theory and history of film and after writing quite a few screenplays. His screenplay Vlad was sold to Summit Entertainment with Brad Pitt’s Plan B Studios co-producing. He also has has two more in the work, one of which he is hoping to direct himself when it gets to that point.

Although he doesn’t talk about it much, or speaks out how it has affected him, Charlie Hunnam is dyslexic.