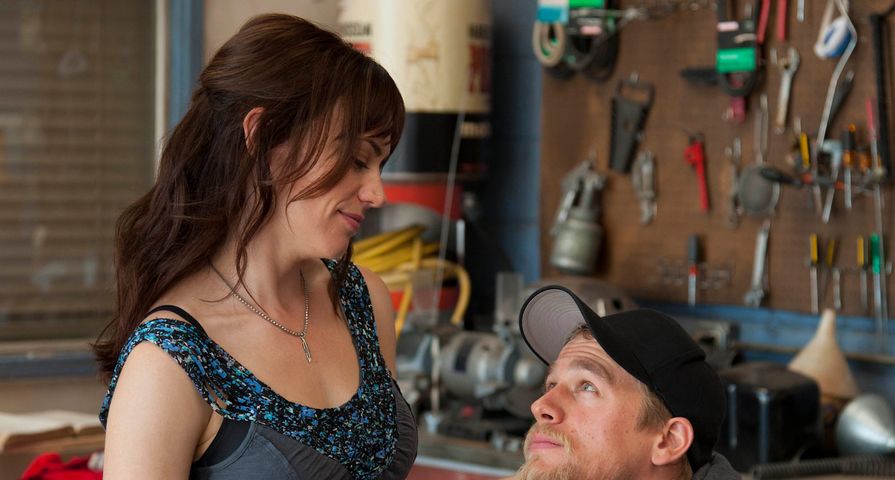 FX created a hit when they unleashed Sons of Anarchy on TV viewing audiences. The gritty, biker drama took hold with a lot of fans during its seven season run and, while the aim was definitely at male viewership, the show garnered an unexpected amount of female fans. In between, the drug dealing, graphic scenes, swearing and deaths, there was some focus on relationships that of course twisted and formed into the brutal world of the biker gang. Given the fleeting nature of some of the relationships, the term “couples” in the show is used lightly, but there were some fans rooted for and some we couldn’t wait to see end. Some couples made a lot of sense and worked great together, while others fell flat of the intense desire we were supposed to feel between them due to lack of chemistry. Here are 6 of the worst on the otherwise really good show.

Well, in all honestly, there shouldn’t have been any chemistry between these two seeing as how they were half brother and sister. Upon SAMCRO’s arrival in Belfast, Ireland, it was evident that Trinity had a thing for the blonde gang biker, and who can blame her? However, before audiences even knew they were related, the whole thing seemed weird. It is clear Jax Teller has little problem choosing his women, but Trinity just seemed too young to effectively seduce him and it felt awkward. Luckily, their uncomfortable flirtations were only dealt with for three episodes before their mothers finally told them they shared a dad…right before they were going to sleep together.

Ryan Hurst as Harry ‘Opie’ Winston was a fantastic casting and although the man was perhaps the most believable of the SAMCRO gang members, he couldn’t make it believable between himself and adult film star, Lyla. Although viewers only saw Opie and his wife Donna together a few times before her death, there was definitely a believable marriage between them, and it could not be recreated when Opie and Lyla started hooking up. As separate characters they were great, but together it seemed like a relationship of convenience more than there actually being anything between them.

Jax Teller went through women no problem on the show, until he reconnected with Tara but it didn’t take long for him to cheat on her a couple of times. Of course when things really do seem to be coming to an end for the dysfunctional couple, Jax wastes no time in jumping into bed with brothel runner Colette Jane. On the opposite end of the awkward scale of Jax and Trinity, there is no sexiness between Jax and Colette because she just seems too old for him. There is nothing that makes fans believe there is actual chemistry, sexual or otherwise, between the two and it just makes it that much more cringe-worthy when they’re seen getting it on and Tara walks in.

Filip ‘Chibs’ Telford had quite the backstory after being the original prospect of SAMCRO having been chased out of Ireland and having his family taken from him. While we heard very little of his wife and daughter, the circumstances in which he had to leave them and the fact he hadn’t seen them in so long had audiences amped up for a better result when they finally got reunited. There was no feeling of a long lost love or a time and marriage of long past, while both are fantastic actors, the story of what was once a great love and the devastation of being separated was quickly dampened when it was obvious the two didn’t reflect that between them.

Gemma Teller is a real show stealer and Katey Sagal did a fantastic job in the role and very much the same can be said of Ron Perlman as Clay Morrow. Unfortunately, the two as a couple never clicked the way it was supposed to, maybe it was the idea that Gemma was much too young-looking and hot for an old guy like Clay or the fact they were just much more believable as enemies, but in the end it resulted in there being zero romantic chemistry between the two. Romantic scenes were extremely uncomfortable and the lack of chemistry was overlooked by many fans because they didn’t realize how bad it was until Gemma hooked up with Nero, with whom there was a ton of electric chemistry.

In all fairness, Jax and Tara did have good chemistry in the beginning, but it didn’t take long before they were too different to for it to continue to be believable. Tara’s constant disapproving looks did nothing to make us believe that she really had burning love and desire for Jax. What was supposed to be a compelling relationship fizzled out quick and as Jax stayed the same and Tara matured. The whole thing felt really flat and it came across that way even when they were together. What is really sad is the most believable chemistry that was felt between the two was when Jax is holding a dead Tara in his arms, screaming in emotional pain from her death.