11 Things You Probably Didn’t Know About Sons Of Anarchy 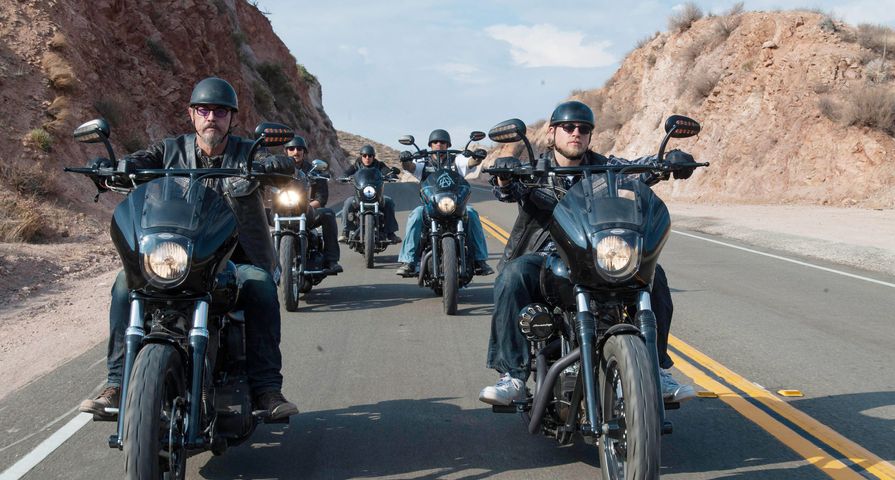 FX’s Sons of Anarchy (2008-2014) was just one of FX’s newer shows that gained a cult following almost instantly thanks to its gritty and violent nature and, of course, its excellent casting. Based on a motorcycle gang located in the fictional town of Charming, California, the series depicts the rise and fall of the club’s vice president, Jackson ‘Jax’ Teller, as he struggles with learning the darkest secrets of the club, including the truth behind his own father’s death. Jax also struggles with wanting to escape the gang’s lifestyle for the sake of his own family, but just ends up getting pulled in deeper. Sons of Anarchy has everything most shows do, including drama, intrigue, humor and death, but it just does it a little bit better, with an excellent storyline that even the least likely of fans can’t help but get drawn into. Find out 11 Things You Probably Didn’t Know About Sons of Anarchy!

David Labrava was originally a technical advisor for Sons of Anarchy, but asked to be on the show and played Happy Lowman. He is also a member of Hell’s Angels, but is currently inactive. He has a death head tattoo and all of his other tattoos are real.

Sons of Anarchy was not the first time Tommy Flanagan (Filip ‘Chibs’ Telford) and Tony Curran (Gains) worked together. They both appeared in Gladiator (2000) where Flanagan played Cicero and Curran portrayed an assassin.

Every season of Sons of Anarchy includes a song performed by Katey Sagal (Gemma Morrow). She has also sung back up for Bette Midler, Bob Dylan, Tanya Tucker, and Gene Simmons. In 2004, she released her own CD entitled “Room.”

Tommy Flanagan’s (Filip ‘Chibs’ Telford) face scars are not the work of a makeup artist, but sustained from when he was attacked in his younger years.

Many of the cast members, such as Charlie Hunnam who plays Jax Teller, ride motorcycles off-set and several of them also do their own stunts. However, Ron Perlman (Clay Morrow) was scared of his Harley when he was first cast.

Gemma Morrow (Katey Sagal) hides out at her dad’s home in Oregon to escape the feds. Tig Trager (Kim Coates) suggests she disguise herself by dying her hair red.  Gemma is disgusted and asserts she’d rather be bald than a redhead, an intentional joke at the epense of a character she played years before. Sagal had red hair from 1987-1997 when she played Peg Bundy on Married with Children.

All four original cast members of The Shield (2002-2008) made guest appearances on Sons of Anarchy. The show focused on an LA police precinct where cops break the law in order to uphold it and featured David Rees Snell (Ronnie), Walton Goggins (Shane), Michael Chiklis (Vic), and Kenny Johnston (Lem). Several others have also been featured on SOA: Jay Karnes, Benito Martinez, CCH Pounder, and David Marciano. To appear different than his Shield character Shane Vendrell, Walton Goggins appears several times in Sons of Anarchy as a transgender woman, Venus Van Dam.

1. The Clay Morrow That Never Was

Scott Glenn was the original Clay Morrow. After filming the pilot, the show’s creators decided that it just wasn’t working and Ron Pearlman took over the role and re-shot all of Morrow’s scenes. Scott Glenn is still visible in the background when the warehouse explodes.