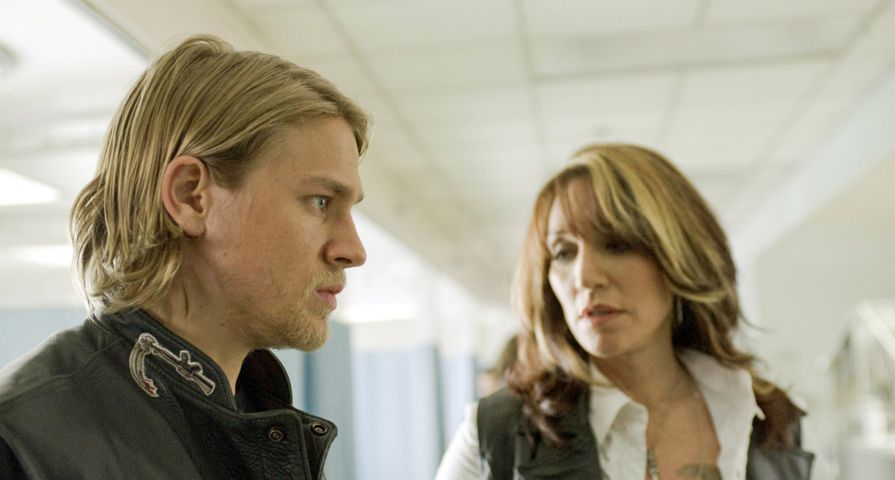 Sons of Anarchy ran for seven seasons on FX and it didn’t take long for it to become one of the biggest and most talked about shows on television. It had an ensemble cast of endless talent with a storyline and writing that is not often seen on television thanks to the show’s creator and sometimes guest star Kurt Sutter. While it garnered a loyal legion of fans, many are quick to comment that things really went downhill after the first couple of seasons; however, scattered through all of the seasons lie the most poignant and best episodes of the series. With a show that focuses so much on violence and death it is essential to separate the best episodes with the most memorable because some of the most graphic scenes are the most memorable, but are not necessarily the best. Due to the nature of the show however, important deaths often coincide with the best episodes. Check out the 10 best episodes from Sons of Anarchy:

As is the case with many series, season premieres and finales often resonate the most with fans and have the most impact on the show, and that is true for the season three finale of Sons. Revenge is a key theme in the show and nothing was more satisfying to see that come to fruition for not one but two popular characters in the episode “NS.” The episode revisits the shocking end of season two and allows Opie to finally avenge the death of his wife Donna by killing Agent Stahl in the same way Donna died. Meanwhile Chibs was exacted his own revenge on Jimmy O’Phelan. Not only was this episode rewarding for characters and fans, but it illuminated the fact that dealings with the club are unpredictable, as it was Tig who killed Donna and it was Stahl who died.

Season one ended in two extremely powerful episodes (the first of which will be addressed later), setting the stage and bar extremely high in terms of expectations. Powerful acting influenced every episode and was able to draw fans in even long after they thought the show had run its course, and one of the earliest markers of this was in season one’s “The Revelator.” Following the unexpected murder of one of the club’s innocents, the episode begins a crucial storyline that forever changes the rest of the series. The unraveling of the club which is meant to be a brotherhood changed the mindset of fans and created a new take on characters that was highly unexpected, with the ending scene of Donna’s funeral visually representing the “break” that had occurred.

For many fans, episode three of season five “Laying Pipe” was the last straw after trying to keep up with the dark, violent, turbulent and unpredictable world of Charming and the dealings of SAMCRO. What started off as an amazing series had drifted into unexplainable storylines and, while the episode was in fact a turning point for some viewers, it also stands as one of the best. Watching the death of Opie is almost impossible, but the message around it brought Sons of Anarchy back to what it was in the beginning, and at least for a moment, reminded Jax of what he was fighting for, lending hope to a better future for the club. The episode had everything you’d want from a Sons of Anarchy episode, aside from the death of perhaps the show’s most loved character. It is pivotal however, as Opie was a symbol of loyalty and inherent goodness in a life filled with evil, while also showing how one can lose themselves through that devotion and loyalty as Opie had become a shell of the man he was before after Donna’s death and threw himself into reckless situations for the club which killed her.

Coming off of the insane ending of season one, a lot hinged on season two’s premiere “Albification” to reach fan’s expectations of the show. Once again writers and the cast delivered with the extremely dark episode, which ended up being one of the best because it represented that the show was mentally and emotionally triggering, and not all motorcycle chases and gun violence. As a key character, “Albification” demonstrated just how powerful Gemma is in the SAMCRO organization, which unfortunately is through a brutal attack and violence on her.

Without a doubt one of the most memorable, season six’s “A Mother’s Work” involves a dramatic turning point in the show through the death of one of the main characters. Through six seasons there had been both tension and amiability between Tara and Gemma because of their devotion to their sons and their will to do anything to protect them, which inevitably comes to a head in this episode. While Gemma had committed herself to the club life, Tara never fully gave herself over and never stopped trying to get her family out, and after giving up on Jax, struck deals to at least secure the safety of their sons, Abel and Thomas. Fans were torn about Tara’s actions and were unprepared for her gruesome death at the hands of Gemma. Jax’s reaction to finding his dead wife was the most emotionally draining moments of the entire series and triggered a side of Jax that would in the end secure his own fate, making it a pinnacle episode of the show.

This moment was a long time coming and, much like the pivotal death in the 12th episode of season one, the 12th episode of the final season plays out as the most significant in terms of fans realizing where the show was headed. With only “Red Rose” and one other episode to wrap up seven seasons of neverending highs, lows, deaths and drama, the inevitable confrontation of Jax and Gemma resonates back through all the episodes that came before it, all leading to the death of Gemma at the hands of Jax. The disbelief that, after everything each had done for each other, fans were to actually watch a son kill his mother is one of the reasons the show stands above a lot of others, even through its ridiculous storylines and most horrible seasons. As is the case with some of the other best episodes, “Red Rose” perfectly captures the themes crucial to the show along with violent deaths, psychologically thrilling scenes, storylines and excellent acting that drew fans in all along.

The shift of power dynamics is fragile and constant in the show and the last episode of season two, which is also one of the show’s best seasons, demonstrates two very notable dynamic power changes. The show does not have a large female presence, but it does not deny the power of women especially through the characters of Tara and Gemma and in the beginning, Agent Stahl. Although the club got to exact vengeance twice, neither one was clean and Stahl got the upper hand on Gemma, sending her on the run. Then of course was the cliffhanger that Abel had been kidnapped by the Irish and, while many hated the season three storyline of the club being in Ireland, the effect of the kidnapping was enough to have fans livid that they had to wait months before it continued.

At this point in the series, the death of former SAMCRO leader Clay is long overdue, but that doesn’t make the episode where it finally happens any less impressive. Through six seasons fans watch an increasingly antagonist relationship grow between Clay and Jax and know that Jax has decided that in order to right the club, those holding it back and allowing it to decay need to be disposed of. This episode was essential for establishing Jax’s cunning side, as anyone who doubted his ability to lead were silenced by his perfect set up of both Clay and Galen O’Shay’s deaths. There is no telling when something is going to change at the last minute, but the resolution of Clay’s death after so many close-calls before was essential to the show, not to mention the fact that even at that point Jax still didn’t realize there was no simple way or one death that could create the SAMCRO he wanted to see.

Through the entire first season it was abundantly clear that Sons of Anarchy was not going to be predictable, or easy to follow with blurred lines between morals and the “good” and “bad” guys, but the second last episode of season 1 solidified the intrigue. “Sleep of Babies” was not only one of the best because of the shocking death of Donna registering to fans this wasn’t an ordinary drama, but the ramifications of the death had a very serious impact on the show’s main characters. Opie would never be the same person after the death of his wife, but this also dramatically affects Jax who is no longer guided by his best friend to right the club like they had planned. The significance of Donna’s death resonates on many levels and also suggests there is no way of exiting that life once in it except for death, something that we then see Jax struggle with for all ensuing seasons.

The pilot episode of any season is of course extremely important, and although some series take a few episodes to get the ball rolling, that was not the case for Sons of Anarchy. With season one widely regarded as the best season of all, it is hard not to then point to the episode that started it all as the best of the show. The pilot episode sets up a lot of crucial information for following the remainder of the show, and instantly let fans know what the show was about without trying to draw them in with false pretences. Right off the bat there was death, confused ideas of who actually runs the town and of course an intriguing plot. The strong storyline mapped out by Jax finding his own father’s manuscript while awaiting the tumultous and fragile birth of his own son made it clear there was something a lot bigger at work in the series than just sex, drugs and violence.