Home » Entertainment » Celebrities » Things You Might Not Know About Sofia Vergara 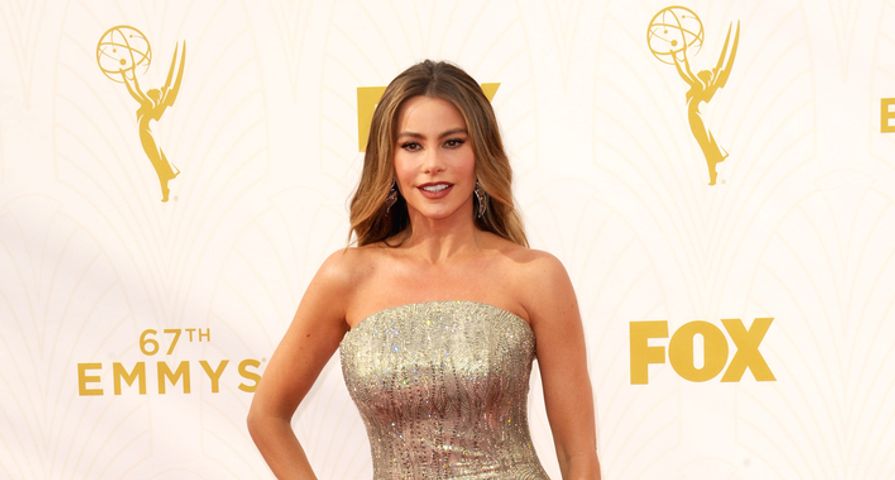 Sofia Vergara has risen to international fame through her role as Gloria Delgado-Pritchett on the widely popular sitcom, Modern Family. She quickly became a fan favorite on the show with her comical performance and lovable character. Sofia came from humble beginnings in Columbia, and is now one of the highest-earning women in U.S. television and was ranked one of the most powerful women in the world by Forbes in 2014. She’s received several Emmy and Screen Actors Guild Award nominations over the span of her career and is now married to fellow actor, Joe Manganiello. In honor of her upcoming birthday, here’s a look at 12 things you probably didn’t know about this Sofia Vergara!

Sofia Margarita Vergara was born in 1972 in Barranquilla, Atlantico, Columbia. Her mother, Margarita Vergara Davila de Vergara, was a stay at home mother, and her father, Julio Enrique Vergara Robayo, was a cattle farmer for the meat industry. She attended a bilingual school where she learned to speak in both Spanish and English school in Columbia. Growing up her nickname was ‘La Toti.’

When she was only 17-years-old, Sofia was discovered by a photographer and began modeling. She soon began landing gigs like starring in a Pepsi commercial and she would use the money to support her family. Her acting and modeling career sometimes conflicted with her very strict Catholic religion. She was raised in a Catholic family and attended a Catholic school, so she was “apprehensive about doing her first television commercial until her Catholic school teachers gave her their personal permission to take the assignment.” She landed modeling gigs with big companies like Pepsi and Miller Lite.

She got married at an extremely young age when she was only 18-years-old to her high school sweetheart, Joe Gonzalez. She then had her first child in 1992 when she was only 19; his name was Manolo. A huge fan of the film Scarface, she named her son after Steven Bauer’s character. Her experience sounds awfully similar to her character on Modern Family! Like many young marriages, it didn’t last long and she divorced him a year after their son was born. In an interview with People she said, “I always tried to do the best for my kid. I was 19 when I had him!”

9. She Almost Became a Dentist

She went on to study dentistry at a university in Columbia. She was in the program for 3 years until she got her big break and first ‘real’ acting gig on a Spanish-speaking soap opera called Acapulco, Cuerpo y Alma in 1995. At the time she was only two semesters away from graduating, but instead she dropped out in order to pursue a career in entertainment. From here on out the roles just came flooding in and she began experiencing huge success. Sofia Vergara became a household name in Latin America. She was the co-host of a Spanish travel show called Fuera De Serie and she got to travel to various exotic locations around the world. Even though she dropped out of school and never became a dentist, she admits her dental hygiene is still impeccable. “I’m obsessed. My son thinks I’m crazy because I make him do a cleaning every three months. I try to bribe the dentist to make him do it sooner!”

Sofia Vergara might rock brown hair frequently, but she’s actually a natural blonde! She colored her hair to fit better into the Hollywood perception of Latin women in order to get more acting roles and modeling gigs. Clearly, it worked because she landed herself a huge role on the popular sitcom Modern Family in the role of Gloria. One thing that is real? Her accent! She admits to exaggerating it a bit for the show, but in actuality that’s how Sofia sounds in her everyday life. She said during an interview that sometimes people are surprised to hear her accent when she’s seen out in public. “I go out to a mall or restaurant and when somebody hears me they’ll go, ‘Oh my God, it’s your real accent.’ I tell them, ‘Yeah, I guess I’m not that good an actress!'” She also said, “I do made the accent a little stronger. I understand English; I read and write English perfectly, but the accent won’t go away.”

Sofia Vergara and Joe Manganiello are quite possibly the most attractive couple in Hollywood. These two are bombshells in their own right, and when they started dating back in 2014, fans were ecstatic. Their relationship moved quickly as they got engaged three months after their first date and exchanged nuptials a year later. The hot couple met at a White House Correspondent’s Dinner in the month of May, but at the time she was still engaged to her former fiance, Nicholas Loeb. She broke off her engagement and soon after started dating Manganiello in June. Now happily married, Joe and Sofia have both expressed an interest in hopefully having children one day. “Joe is younger than me. He’s 38, He’s never had kids. How am I going to say no? I tell him if we’re going to do this, we have to do it, like, now, because I don’t want to be 50 with a baby,” she said.

Sofia Vergara and Tom Cruise had a brief fling in 2005 when she was working on the film Four Brothers. Their romance never really took off because she was reportedly terrified of Scientology.

5. She Had Thyroid Cancer

In 2000 she was diagnosed with thyroid cancer and had to undergo treatment and surgery to have the thyroid gland removed. While it was happening, she dealt with it in private, but she now speaks publicly about her experience and how it was an life-altering situation. During an interview with Self magazine back in 2010, Sofia said: “When they tell you that you have cancer, you panic. Now I’m in remission, and the scar doesn’t bother me. After the surgery in 2003, I had my son Photoshop a Frankenstein scar on my neck and sent it to my friends and said, ‘I’m fine, I look perfect!’ It was really funny.” She now takes medication to control her thyroid condition.

Sofia was able to find success in Columbia as an actress co-hosting and acting on a Spanish soap opera, but there was a lot of unrest in her native country so in the ’90s she decided to move to Miami. The violence in Columbia continued and eventually lead to the passing of her older brother. He was killed during a kidnapping attempt.

Prior to Sofia’s relationship and marriage to True Blood and Magic Mike star, Joe Manganiello, she was engaged to the New York business mogul, Nick Loeb. The couple got engaged back in 2012, but by May of 2014 they had broken up. Their relationship was rocky as they dated on and off from 2010 until they finally ended things in 2014 when she cited their break up as being a result of their schedules not meeting up and being too busy to spend time together. Unfortunately, their split wasn’t totally amicable. Loeb filed a lawsuit in California to have custody of their embryos so that he could implant them into a surrogate. During their tumultuous relationship, Loeb often cited that he wanted to start a family, but Vergara was busy building her career on Modern Family. Sofia fought against his claims, but a judge allowed him to move forward with the case. It is now tied up in the courts with no verdict.

When Sofia lived in Columbia as a child, her father was a cattle farmer who supplied for the meat industry, so it might seem odd that she doesn’t eat red meat. She said when she moved to America she stopped eating meat because it tastes strange in comparison to Colombian meat. We’re thinking she was raised on fresh red meat, whereas the supermarkets’ packaged meat not really compare.

1. She Thought Ed O’Neill was Spanish

Today, Sofia Vergara has risen to international fame for her role as Gloria on Modern Family. She co-stars alongside Ed O’Neill as his character’s wife, but growing up Sofia has admitted that she grew up watching him on Married…with Children when Katey Sagal was his on-screen wife. When she first got her role on the sitcom she was incredible intimidated by O’Neill because of her lack of experience compared to him. She said he sometimes knows more than the directors — he’s been in showbiz so long. Not only did she idolize Ed O’Neill, but she used to think he spoke Spanish! Of course, growing up in Columbia watching the show, the sitcom aired in Spanish, so she just assumed he knew how to speak the language. When she met him for the first time she greeted him in her native tongue and was shocked and embarrassed to learn he doesn’t actually speak Spanish!