Home » Entertainment » Celebrities » Things You Might Not Know About Ryan Gosling 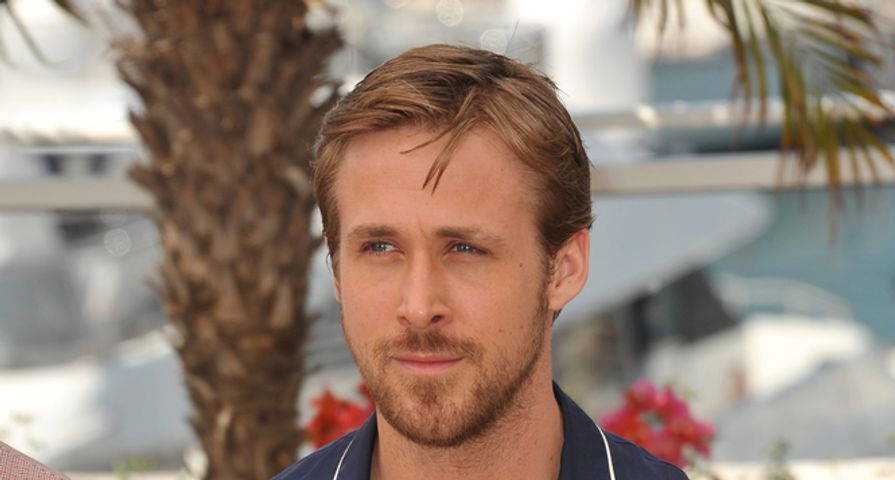 Ryan Gosling has established himself as one of the finest actors of his generation. The Canadian-born actor has impressive range and is known for giving strong, dramatic performances; however, he is also considered – like Brad Pitt – one of Hollywood’s sexiest men. Since women everywhere are interested in him, here are 12 things you didn’t know about Ryan Gosling!

As a child, Ryan Gosling was diagnosed with attention deficit hyperactivity disorder (ADHD) and was prescribed Ritalin. As a result of his ADHD, he had difficulty learning to read and was placed in a special needs class. When he was 10, his mother took him out of school, quit her job and then home-schooled Ryan. According to him, home schooling consisted of watching movies with his mom and listening to Chet Baker and Billie Holiday.

The Lars and the Real Girl star’s parents were both devout Mormons and that is how they raised both Ryan and his sister Mandi. “We were brought up pretty religious. My mother admits it: she says, you were raised by a religious zealot. She’s different now, but at the time, it was a part of everything – what they ate, how they thought,” he said. Now, he considers himself “religious but nondenominational.”

The former child star is in a rock band with his best friend Zach Shields called Dean Man’s Bones. Ryan does vocals and plays piano, guitar and bass while Zach does vocals and plays percussion, drums and guitar. They released an album in 2009, which is a collaboration with the Silverlake Conservatory Children’s Choir. Gosling also performs under the alias “Baby Goose.”

While filming The Mickey Mouse Club, the Blue Valentine actor had a major crush on his co-star, Britney Spears. He has admitted that the two used to share the occasional innocent kiss when he was 12 and she was 11 and he has referred to her as his “girl next door.” “Britney was a sweetheart. She lived right above me, the girl next door,” he told The Sunday Times Style magazine. “The little girl I used to play basketball and spin the bottle with.”

The Canadian actor was cast as the grieving father in The Lovely Bones, but was replaced by Mark Wahlberg one month before filming began. Gosling had gained 20 pounds and grew a beard for the role and said, “The age of the character versus my real age [of twenty-nine] was always a concern of mine. Peter [Jackson] and I tried to make it work and ultimately it just didn’t.”

The Half Nelson star reportedly dated Blake Lively back in 2010. The Gossip Girl star had been spotted with him at Disneyland and at the Blue Valentine premiere in Los Angeles and at the film’s after-party. The relationship, which was more like a fling, only lasted a couple of months and was done by the New Year.

During the second year of filming for The Mickey Mouse Club, Gosling lived with Justin Timberlake and his mother. Since Gosling’s mother had to keep her job in Canada, Timberlake’s mother became the actor’s guardian for about six months. They were pretty close back then and would get in trouble together. One time, they stole a golf cart and drove it to MGM Studios! “We stole a golf cart. And we we’re like ‘Yeah, man. We’re stealing a golf cart,’ but meanwhile, you know what it’s like on a backlot. There’s just golf carts everywhere. So, we stole the golf cart and we drove into MGM Studios, which is totally illegal by the way. I was like, ‘What you want to do, thug?’ And he [Ryan] was like, ‘I don’t know, cuz,’ because definitely that’s how we talked,” Timberlake said.

The Notebook star is rumored to have had a fling with Olivia Wilde. In 2011, the two were spotted flirting at Harvey Weinstein’s Golden Globes after-party and on a date at a Cincinnati aquarium. Gosling was in Cincinnati filming The Ides of March at the time, but Wilde had no part in the film, so she was obviously in town to see the actor.

According to People magazine, the producers of Gosling’s film Fracture had a hard time tracking the actor down to give him the film’s script because he was living in a tent for two months for reasons he won’t disclose. Producers managed to find him and give him the script and he really liked it, so he gave up tent life to take part in the film.

Ryan Gosling is rumored to have dated Natalie Portman. The two met in 2009 at a club in Los Angeles called Bardot. He was performing as a DJ set at the nightspot when he was introduced to the actress through mutual acquaintances. They began hanging out on the DL, but it was nothing serious. He, however, was said to be pretty crazy about the Oscar-winning actress, but wasn’t going to push for a relationship.

The former Mousketeer and his ex-girlfriend Rachel McAdams – who he dated off and on for about four years from 2005 until 2008 – were both born in London, Ontario, at St. Joseph’s Hospital. She was born there in 1978 and he was born there in 1980. Pop star Justin Bieber was also born at that same hospital in 1994.

The Place Beyond the Pines actor was busted for a DUI back in 2005. He later pleaded no contest to a misdemeanor charge of “exhibiting speed” even though he was originally charged with “driving under the influence of alcohol and/or drugs” and “driving with a blood alcohol content of 0.08 or greater.” He was sentenced to two years probation and ordered to pay $849 in fines.