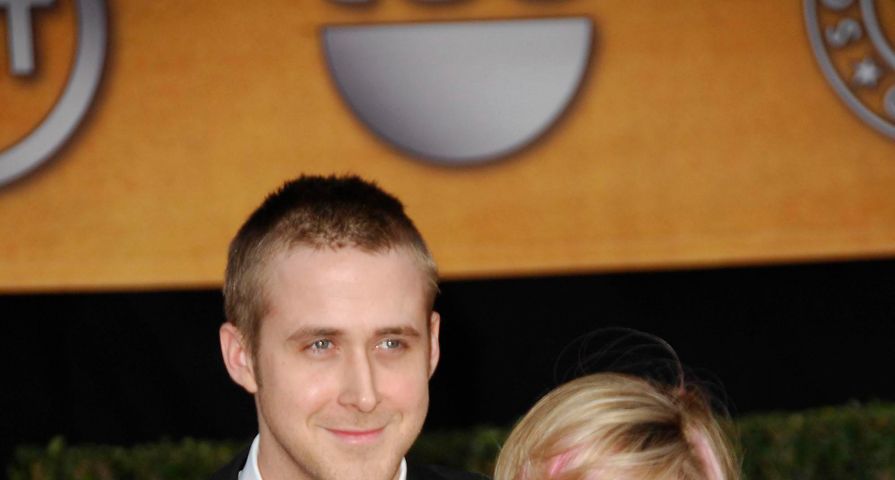 Back in the day, Rachel McAdams and Ryan Gosling were one of the cutest couples in Hollywood. Their on-screen romance sparked a real one and had many fans swooning over their love. But like many other things in the 2000s, their relationship sadly came to an end. Even still, we can’t help but reminisce about their iconic romance that lasted from 2005 to 2008. Here’s 10 things you may not know about Ryan and Rachel’s relationship:

As the famous story goes, Ryan and Rachel first met each other when they were cast as love interests in the 2004 film The Notebook. But unlike their characters, the two could barely tolerate each other on the set. Director Nick Cassavetes told Us about the challenges he had in trying to keep the peace between them. “Ryan came to me, and there’s 150 people standing in this big scene, and he says, ‘Nick come here.’ And he’s doing a scene with Rachel and he says, ‘Would you take her out of here and bring in another actress to read off camera with me?’ I said, ‘What?’ He says, ‘I can’t. I can’t do it with her. I’m just not getting anything from this.'” In the hopes of trying to diffuse the situation, Nick brought the two actors into a separate room with one of the film’s producers. “They started screaming and yelling at each other,” he recalled. “I walked out. At that point I was smoking cigarettes. I smoked a cigarette and everybody came out like, ‘All right let’s do this.’ And it got better after that. They had it out…I think Ryan respected her for standing up for her character and Rachel was happy to get that out in the open. The rest of the film wasn’t smooth sailing, but it was smoother sailing.”

Ryan and Rachel continued to argue on the set, but the palpable tension created a more convincing love story on screen. “We inspired the worst in each other. It was a strange experience, making a love story and not getting along with your co-star in any way,” Ryan said in a 2007 GQ interview.

Much to their surprise, they realized they had feelings for each other. After the filming of The Notebook wrapped up, the actors wondered if they had been wrong about their co-star. “I don’t know what happened,” Gosling told GQ. “Two years later I saw her in New York and we started getting the idea that maybe we were wrong about each other.” The story holds up on Rachel’s end as well. In 2013 she told the British newspaper The Times, “[Our later relationship] certainly wasn’t something that either of us had expected would come out of that filmmaking experience. Which goes to show you that you can engineer chemistry on screen just by telling the audience that these two people love each other. And, unless your actors are doing a really terrible job, I think people will want to see that. As an actor you don’t have to feel it. You don’t have to feel anything. Just imagine it.”

When word got out that Rachel and Ryan were dating, they quickly became of Hollywood’s favorite couples. In 2005, the Teen Choice Awards nominated them for the category “Best Kiss” for their lip locks in The Notebook. When Paul Walker announced they had won, they passionately reenacted their kiss on stage, and the audience couldn’t get enough!

Rachel and Ryan were heavily involved in activst work while they were together. In 2005, they voluteered for cleanup efforts in Biloxi, Mississippi, and Louisiana after Hurricane Katrina. That same year, Ryan travelled to Darfur refugee camps in Chad, and Rachel participated in the “Day Without Immigrants” protest in Los Angeles in 2006 to challenge the government’s attempts to criminalize immigrants in the United States.

Unfortunately, Rachel and Ryan’s relationship couldn’t stand the test of time. In 2007, they called it quits on their relationship. Ryan told GQ that it wasn’t the media attention that brought them down. Rather, it was something more subtle that he couldn’t quite put his finger on. “The only thing I remember is we both went down swingin’ and we called it a draw,” he revealed.

In 2008, the two decided to rekindle their romance, but it only lasted for a few months. The reason for the split this time was reported to be due to their “busy schedules”.

Although we’re sure Ryan and Rachel were upset about their split, it seems fans had an even harder time with the news. “Women are mad at me,” Gosling told GQ. “A girl came up to me on the street and she almost smacked me. Like, ‘How could you let a girl like that go.’ I feel like I want to give people hugs, they seem so sad. Rachel and I should be the ones getting hugs! Instead, we’re consoling everybody else.”

2. Better Romance Than A Movie

Despite the breakup, Ryan and Rachel have nothing but good things to say about their former romance. “God bless The Notebook,” Ryan once said. “It introduced me to one of the great loves of my life. But people do Rachel and me a disservice by assuming we were anything like the people in that movie. Rachel and my love story is a hell of a lot more romantic than that.” Similarly, Rachel speaks fondly about her old flame. When asked what she thought was the best part of The Notebook, she said, “The best part of the film? Meeting Ryan Gosling.” The two have since remained friends.

Since the end of their relationship, the two have gone on to date others. Ryan paired up with Eva Mendes in 2011, and the couple now have two daughters together, Esmeralda and Amada. Rachel dated Welsh actor Michael Sheen from 2010 to 2013. Most recently, she’s been linked to screenwriter Jamie Linden.