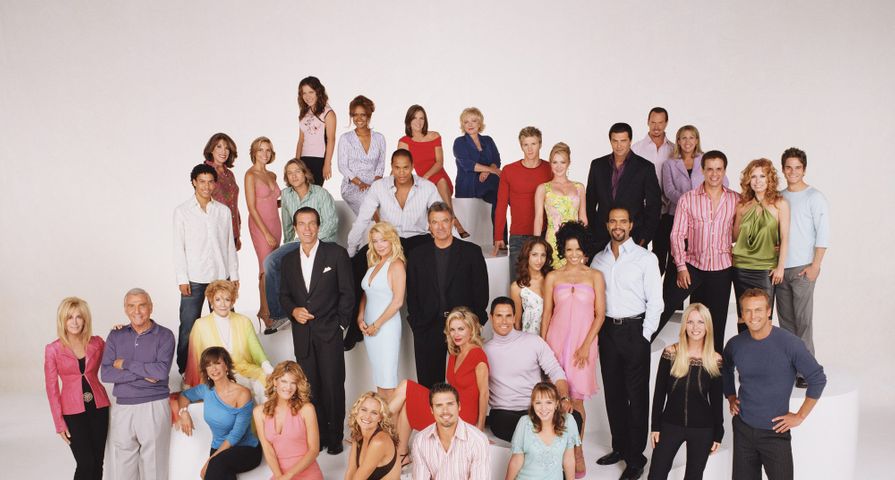 Guiding Light was the very first daytime drama to air on U.S. television in late June 1952 and when it did soap operas were born. The show started a radio-to-TV transition at that point and audiences fell in love with the idea of tuning in daily to see what their favorite soap characters were up to. Over sixty years later, many soaps have followed in the show’s footsteps and fans still tune in on television (and sometimes the web) to get their daily dish of love, romance, and drama. Below is an overview of the 12 greatest soaps, ranked!

Centered around the trials and tribulations in a small town called Harmony, Passions became quite popular during its short television tenure. It was on the air for about eight years and had some interesting yet often bizarre storylines. Fans fell in love with the Cranes, Bennetts, Russells, and who could forget the Lopez-Fitzgeralds, when the show debuted in 1999. Alas, NBC did cancel the soap in 2007 and Passions was then picked up by DirectTV. Sadly, that was short-lived too, as it was dropped in 2008 when the broadcast satellite company decided not to renew the contract. Some fans miss the show while others wonder why they wasted their time with the soap.

Remember Ryan’s Hope? The soap only lasted a lucky 13 years, but enjoyed a pretty good run of popularity. Debuting in 1975, the show centered around an American family of Irish decent, living in the Washington Heights community of Manhattan. The show saw two incredible years of success, and after that, it ran into some issues. One big one would be recasting, which would leave fans disconnected to the core family of the show and often wondering who was who. Another epic fail was wonky storylines such as an arc that saw a character kidnapped by a gorilla, a la King Kong. Sadly, the show was cancelled due to declining ratings in 1989.

All good soap operas have three pivotal locations where storylines revolve from: the police station, the local coffee shop/pub, and the hospital. This was the idea behind the daytime drama, The Doctors, a soap that first aired in 1963. It centered around the Hope Memorial Hospital located in a small town called Madison. The soap would produce 5,280 shows in total and have a run of about two decades. Sadly, their continued shift in their time slot meant they lost quite a few viewers and The Doctors was eventually cancelled in 1982.

9. Bold and the Beautiful

As one of the very few soap operas still in existence, the Bold and the Beautiful (B&B) is undeniably popular … but how popular would it be without its sister show’s influence? The soap has an incredibly cozy time slot after the Young and the Restless (Y&R) and with only 30 minutes of drama, it can be a convenient watch for many fans who have just finished reeling off the drama in Genoa City … not to mention the fact that the show gets plenty of character cross overs (and does the same for the Y&R). It debuted in 1987 and hasn’t done too badly for itself. It continues to wow its fans daily with trials and tribulations in the fashion industry.

Bay City ruled the daytime airwaves at one point in time and many Another World fans still miss the soap to this day. First airing in 1964, the show was hugely popular and had enjoyed many firsts in the soap industry. It was the first soap to dive into controversial topics like abortion. It was also the first daytime drama that aired character crossovers from other soaps, like Guiding Light’s Mike Bauer, and it was the first soap to release a spin-off (not one, but two) in the form of Texas and Somerset. Lastly, it was the first daytime drama to have its theme song performed by Crystal Gayle and Gay Morris hit the Billboard 100 in 1987. Sadly, the show was cancelled in 1999 and was replaced by Passions shortly after.

Debuting in the summer of 1968, One Life to Life (OLTL) started out as a 30-minute soap opera, but grew in popularity to a 45-minute show in 1976, and was eventually expanded to an hour in 1978. With a huge focus on the Lord family (and all those around them), OLTL experienced a high wave of success during its 43 years on television. Alas, like many soaps before it, ABC cancelled the show in 2011, but the silver lining was that Prospect Park picked it up in January 2013 and continued the show’s saga by airing a web series on iTunes and Hulu through the Online Network. Interestingly enough, some OLTL characters jumped ship to the General Hospital (GH) bandwagon, which brought a lawsuit on between ABC and Prospect Park. This jeopardized the success of OLTL and production ceased in September of that year.

6. As The World Turns

Despite the fact that As The World Turns (ATWT) has been cancelled for quite some time now, it still remains one of the longest-reigning soaps of all time. It debuted in 1956 and was the sister soap to Guiding Light. Taking place in a – you guessed it – small town (Oakdale, Illinois to be exact) it was the most-watched soap opera, according to the ratings, from 1958 to 1978, with about 10 million fans tuning in daily. With the ever-spiraling decline in the soap opera concept, ATWT was cancelled in 2010, but many fans still mourn the show to this day.

Who else misses Erica Kane? With an incredible 40-year tenure on the air All My Children (AMC) is undoubtedly one of the most popular soap operas of all time. Centered around the little town of Pine Valley, the show first debuted in 1970. Much like it’s fellow ABC soap, OTLT, Prospect Park picked it up in January 2013 and began airing a web series on iTunes and Hulu through the Online Network. Still, much like OLTL, production was suspended because of the ABC/PP lawsuit. However, with the lawsuit dropped as of late, soap fans everywhere can’t help but speculate. Will we see some Pine Valley characters drop into GH now that ABC can use AMC’s old storylines? Time will tell.

4. Days of Our Lives

As one of the final four remaining soap operas on the television airwaves, Days of Our Lives (DOOL) hits number three on this list. Debuting in 1965, the show has a huge following and has lasted over five decades on TV. The fact that it is still on the air is a huge accomplishment and avid DOOL fans tune in daily to see what their favorite Salemite friends are up to. Sadly, this soap may be the next victim of the soap opera low-rating chopping block. A recent report from People.com has indicated that the show may not be renewed once the contract is up later on this year. Nothing is set and stone and hopefully (for DOOL viewers) NBC will see the value in keeping this show around for many years to come.

Despite that it’s been almost eight years since the show was cancelled, Guiding Light still holds bragging rights as the longest-running American daytime drama on TV. It debuted on television in 1952, after an incredible 15-year stint on the radio. It began running in 15-minute slots when it first aired on television, moved to 30 in 1968, and was eventually one hour in 1977. Sadly, GL was cancelled in 2009, but the show had an incredible run and fan base that is still remembered today.

2. The Young and the Restless

The Y&R hits number two simply for its popularity and success. As one of the four soaps still left on the airwaves, the residents of Genoa City keep fans tuned in with their bold storylines and interesting character developments. On the air for over 40 years, the daytime drama spawned a sister show in the form of the B&B. With incredible couples, phenomenal writing, drama, and long-time soap character, Victor Newman, Y&R is undoubtedly one of the best soap operas to ever hit television.

Port Charles had its fair share of ups and downs over its 54-year tenure. The soap centers around a hospital (obviously), but also has unique storylines around the mob scene, spy adventure, and the corporate battles over ELQ. How can it not be one of the best of the best if viewers are still tuning in this many years later? The soap has never shied away from raising awareness around hard issues and creating unique storylines around topics like HIV/AIDS, mental health, alcoholism, drug addiction, and sexual assault, not to mention the fact that GH created the epic super couple that started it all. Luke and Laura not only changed the way audiences viewed daytime couples, their wedding broke television ratings, and the day they got hitched stills stands as the most-watched soap opera episode on American television.