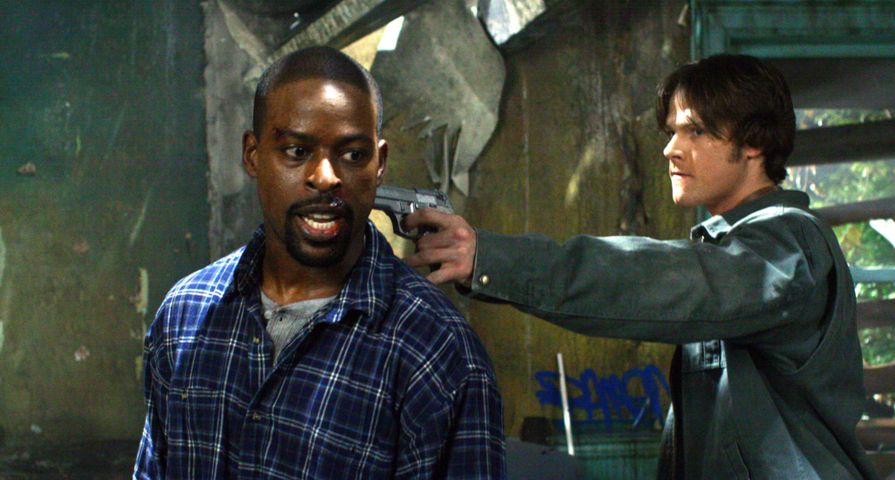 When Supernatural‘s 11th season began airing in 2015, the series effectively became the longest-running American fantasy series on TV. After so many seasons and now more than ten years since Supernatural first began, the show has seen a lot of celebrity guest stars and appearances by actors and actresses from before their careers skyrocketed. Of course Supernatural has seen some very big and memorable stars appear throughout the series, but others have been long forgotten. Through 12 seasons, take a look back on 12 celebrities you forgot guest starred on Supernatural:

The name Alden Ehrenreich still might not mean a lot to TV and movie fans, but it soon will. The up-and-comer has been tapped to play the coveted role of a young Han Solo in the highly anticipated Stars Wars film based on the beloved character. Before landing the huge role, however, Ehrenreich was seen in only the second episode of Supernatural as Ben Collins, the younger brother of a hiker who had gone missing. Now, he has gone to movie roles in films such as Beautiful Creatures, Blue Jasmine, Hail, Caesar! and, of course, the upcoming Han Solo films, meaning everyone is going to be seeing a lot more of the actor who got his start on Supernatural.

Adrianne Palicki is a well known TV actress thanks in large part to her role as Tyra Collette in the popular series Friday Night Lights, but her small yet integral role in Supernatural has now been forgotten. Palicki appeared in the very first Supernatural episode as Jess, Sam’s girlfriend who is killed by the demon in the same way as the Winchester brother’s mother. Since then, Palicki has gone on to appear in movies such as Red Dawn, G.I. Joe: Retaliation, and John Wick and also had a recurring role in Agents of S.H.I.E.L.D. from 2014-2016.

Everyone has to start somewhere, and for a lot of young stars, this is the beginning of their career. In 2008, Jean-Luc Bilodeau appeared in the season four Supernatural episode “It’s the Great Pumpkin, Sam Winchester” as a high school student named Justin who gets killed by a demon. Now, the actor has not only appeared in several films, he starred as the lead in the ABC series Baby Daddy which has come to an end after six successful seasons!

It definitely seems as though Candice King was destined for sci-fi stardom after she appeared in Supernatural before starring in the hit series The Vampire Diaries. After getting her start in the 2007 film Juno and appearing in How I Met Your Mother, the actress landed a role in Supernatural‘s season four episode “After School Special,” which featured high-school aged Sam and Dean played by Brock Kelly and Colin Ford. That same year she appeared in the episode, King’s career reached even bigger heights when she began her run as Caroline Forbes on The Vampire Diaries.

There have been some seriously strange and entertaining celebrity guest stars and cameo appearances on Supernatural, and one of the weirdest was Paris Hilton in the season five episode “Fallen Idols.” Hilton stars as a Pagan god who is using the bodies of famous people both past and present to kill their fans to feed on their blood. By 2009 Paris Hilton’s time in the spotlight had definitely worn down which made it even more strange to see her in the episode, and now easily forgettable as she has continued to stay out of the limelight.

From 2004-2007, Jason Dohring was one of TV’s most popular actors as Logan Echolls in Veronica Mars. After fading from the spotlight for a little while, Dohring returned in Supernatural in season seven’s “Time After Time” as time god Cronos. Although his character didn’t make it past the one episode, he set up a very important storyline for Supernatural and Dohring has gone on to star in the Veronica Mars movie and appear in hit shows such as iZombie and The Originals.

With 12 seasons under its belt, fans are well aware of the strange storylines Supernatural has entered over the years and one of those included none other than an appearance from Jersey Shore‘s Nicole “Snooki” Polizzi. Snooki appeared in season nine of the series as none other than an alternate version of herself who was actually a vessel for a crossroads demon. Eventually “Snooki” is exorcised by Sam and Dean, and Dean comments that her being a demon “explains a lot.” While the cameo was actually pretty entertaining, Snooki will forever be known for her reality TV stints which include Jersey Shore, Snooki and Jwoww and Dancing With the Stars.

Before even appearing on Supernatural, Aldis Hodge had roles in movies such as Die Hard: With a Vengeance, Big Momma’s House 2 and The Tenants, not to mention appearances in series such as NYPD Blue, Buffy the Vampire Slayer, Charmed, and ER. Despite all of this, in 2006 things started to really take off for the actor as he landed the role of Ray ‘Voodoo’ Tatum in Friday Night Lights as well as Jake Talley in two episodes of Supernatural’s second season. He has since gone on to have success in many other shows such as Leverage, TURN: Washington’s Spies and Underground, not to mention roles in films such as Hidden Figures, Straight Outta Compton and A Good Day to Die Hard. With such an impressive resume, it isn’t surprising his small part in Supernatural has been forgotten.

Ashley Benson is one of those actresses who seems to always pop up in the biggest series and films well before her career really took off with a starring role on the hit series Pretty Little Liars. In 2008, two years before PLL premiered, Benson appeared in four episodes of Supernatural as a witch named Tracy Davis who was pretending to be a high school student. Since the one episode stint, Benson has appeared in series such as CSI: Miami and How I Met Your Mother, but is, of course, best known for her Pretty Little Liars‘ fame now.

Cory Monteith was one of Hollywood’s most promising young actors when he passed away at only 31 years of age in 2013. As the star of Glee, Monteith was one of TV’s biggest stars, and his career began with small one episode roles, including in Supernatural. In only his third on-screen role ever, Monteith appeared in Supernatural‘s second episode as a camper who gets killed by the Wendigo. He, of course, went on to become a very well known and beloved star with his role as Finn Hudson in Glee.

It seems fitting that the one and only Linda Blair would appear in Supernatural. Blair has become iconic since starring in the 1973 classic horror film The Exorcist when she was only 13 years old. More than thirty years later, Blair appeared in an episode of season two of Supernatural as a detective who arrests Sam and Dean. It is easy to forget about the cameo considering it was now ten seasons ago, but it is one of the few times Blair has returned to acting since starring in The Exorcist.

Sterling K. Brown is a super talented actor who has recently stunned fans with his Emmy-winning role in American Crime Story and his portrayal of Randall Pearson in the NBC smash hit This Is Us. But before all of that, he appeared in the second season of Supernatural as vampire hunter Gordan Walker before he was turned into a vampire himself. While he had several roles before appearing on the series, there was no telling just how big his career was going to get. Now, as well as starring in This Is Us, Brown has roles in huge upcoming films such as The Predator and Black Panther.