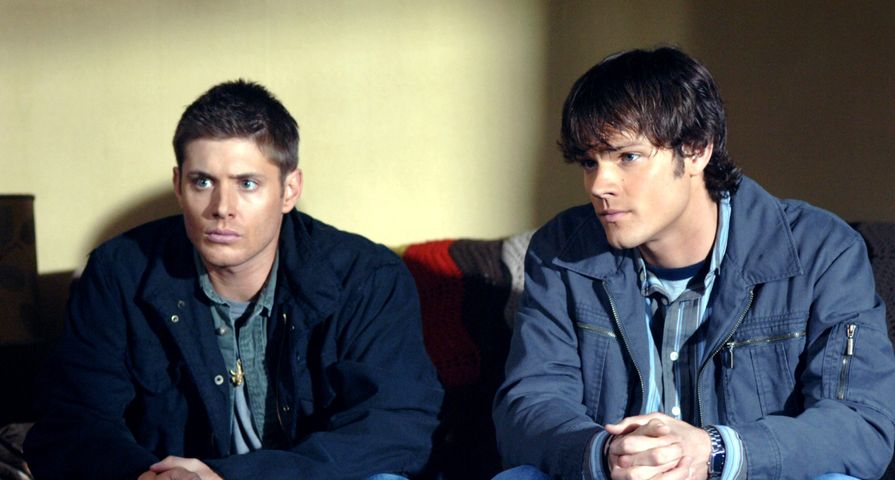 The CW’s Supernatural has surprised everyone with its major success since first airing in  September, 2005. With an extremely talented and cohesive cast, not to mention spectacular writing, the show has raked in a very large and very loyal fanbase, which has propelled it into television history. For almost eleven years, week after week, millions have tuned in for the adventures of the Winchester brothers, but there is still so much more to know about the show! Check it out!

Originally Jared Padalecki’s character’s name was Sal so that the main characters would be Sal and Dean in homage to Jack Kerouc’s novel On the Road, but creator Eric Kripke changed the name to Sam when he realized Sal wasn’t working for a main character name. Meanwhile Jensen Ackle’s character Dean was supposed to have lots of tattoos, but budget constraints on the first season wouldn’t allow for it. Ackles also first auditioned for the role of Sam, but was recast as the older brother after Jared Padalecki came in and read for Sam.

When Supernatural premiered its eleventh season on October 7, 2015, it officially became the longest-running North American science-fiction series, and now has 236 episodes, surpassing Smallville which ended with 218 episodes.

Originally, Eric Kripke only planned the series for three seasons, and with the enormous success expanded it to five, but the success never slowed down! At the 100th episode party, the cast and crew joked about how no one thought the show would make it as far as it already had and then said, “Maybe we’ll see you at the 200th,” assuming the show would be long over by then. However, on March 11, 2016 Supernatural was renewed for a 12th season! Even though many series suffer after the creator leaves, Supernatural has had continued success even after Kripke departed as the showrunner after season five following the conclusion of the main storyline he had planned out.

At first, the Winchester brothers were supposed to be the Harrison brothers in homage to iconic actor Harrison Ford and Kripke wanted Dean to have the “devil-may-care swagger of Han Solo,” which is of course Harrison Ford’s infamous Star Wars character. It didn’t work out though because there was a Sam Harrison living in Kansas, and the name couldn’t be used for legal reasons. In season 1, Kripke got in a Star Wars reference when he had Sam and Dean pose as FBI agents named Agent Ford and Agent Hamill, as Harrison Ford and Mark Hamill are the two stars of the original Star Wars series.

Cancelled CW Shows We Wish Would Make A Comeback

Jared Padalecki seems prone to hurting himself! During the filming of season two, Padaelcki ended up breaking his wrists after performing one of his own stunts for an episode. Then, while messing around and jokingly wrestling with co-star Osric Chau (Kevin Tran), Padalecki dislocated his shoulder forcing writers to create a story explaining Sam wearing a sling for the beginning of season 10.

Misha Collins who plays Castiel was only meant to make a few guest appearances through season four, but because of the overwhelming fan response about the actor and character, producers decided to make him a series regular. Collins has since joked that if he had known he was going to become a regular on the show, he wouldn’t have used a low, gravelly voice for the role because it actually hurts and irritates his throat quite a bit.

Eric Kripke worked on Supernatural for nearly ten years before it finally made it to TV. He originally had it planned as a movie and then went on to pitching it as a series which he envisioned in anthology style and then changed it to being based around a reporter who drives around the country “fighting demons in search of the truth.” When he finally got the chance to pitch to The WB, they liked the idea but not about the reporter so he quickly changed it to being two brothers driving around fighting demons. Kripke ended up having to make more changes, specifically with the script including the fact he first had the brothers raised by their aunt and uncle, but to make things easier, had them raised by their father instead who trained them to be hunters.

Eric Kripke’s ideas for Supernatural all started from his love as urban legends throughout his life. He then took a lot of his own personal interests and added them into the show including great cars and classic rock which explains the focus of both in the show. In 2007, Kripke welcomed a son on May 2 which he says is “creepy” because that is also the birthday of Sam Winchester.

After casting Ackles and Padalecki in the lead roles, there was also a shift in the show because no one anticipated the chemistry that would be between the two. At first, the focus of the show was just supposed to be the weekly monster while Sam and Dean were just “an engine to get us in and out of different horror movies every week.” After the two actor’s on-screen chemistry took over the show and was undeniable, Kripke and executive producer Bob Singer decided to focus on the brothers’ relationship instead and based the weekly monster around the storyline they wanted for the Winchesters, not the other way around. Kripke noted, “sometimes we don’t even have the monster until way late in the break, once we get all the angst and the drama done first.” Ackles even commented on the friendship and bond that has been created between the two, saying, “Jared and I are lucky to get along so well without having any effort to make. One day, the producers came to see us and told us they had never worked with actors who got along so well. It gives us the opportunity to make the relationship between Sam and Dean have credibility. I think the audience feels how much Jared and I like being together.”

In the first few seasons, Dean’s cell number was always given out and, for a little bit, the studio actually had it connected so that anyone who called the number would hear a recording of Ackles saying, “This is Dean Winchester. If this is an emergency, leave a message. If you are calling about 11-2-83, page me with your coordinates.” It seems now the number leads to a fax machine, but no one knows where the fax machine is.