Supernatural: Secrets Behind The Show’s Success 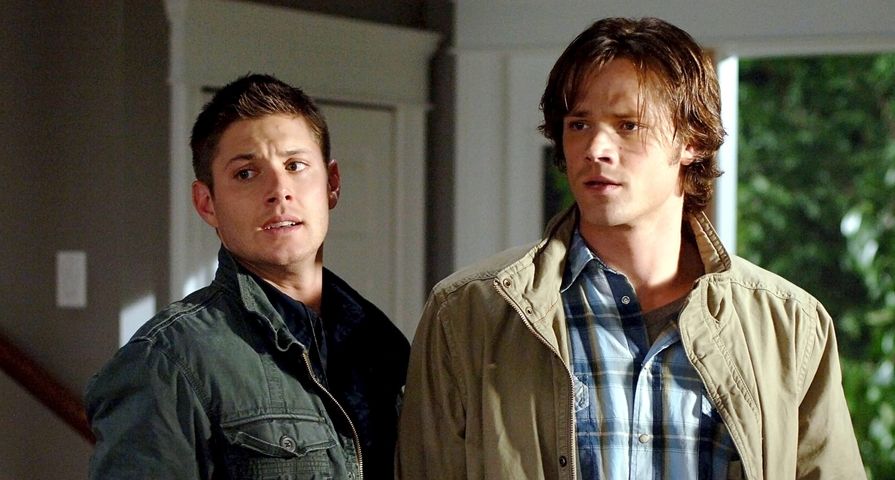 You don’t need to tell Supernatural fans the obvious: the show is good, but still, 13 seasons is an admirable feat for any television series. With a lot of good shows on TV and a lot that have already gone off the air, Supernatural holds the distinction of being the longest-running North American fantasy television series, and shows no signs of slowing down. A lot of hard work goes into making a show that successful, so with the 13th season on the way, we decided to check out the 12 secrets behind the show’s success!

Sometimes it comes down to the simplest of things, but it is true that one of the biggest factors of Supernatural‘s success over the years has been consistency in its ratings. Although the ratings were considered “low” for the first few seasons, it’s dominance with certain age demographics kept The WB renewing the series. After it’s season four premiere on The CW, it’s ratings climbed and, along with positive reception from fans and critics, there is just no reason to cut the show off. It’s ratings may not be stellar when compared with other networks, but on the CW, the show remains a powerhouse.

12 years in the making :). Thanks to everybody who voted! This cover belongs, not just to Jensen Ackles and me, but to the entire #SPNFamily.

Supernatural is often thrown around in the same context as The X-Files and Buffy the Vampire Slayer, but the difference is those shows ended a long time ago, leaving the genre and that fan demographic almost solely to Supernatural. It goes without saying that it has been a great advantage of that show to not have many shows quite like it in the Fantasy genre.

Without Eric Kripke, there would be no Supernatural and despite the fact he left the show after season five, Kripke made Supernatural the TV powerhouse that it is. He worked on developing the series for nearly 10 years and went through extensive research of urban legends to form a concrete idea for the show even though he had originally envisioned it as a movie. After a lot of tweaks to the concept and story, Kripke finally had Supernatural the way fans saw it when it premiered in 2005, and gave it the five season basis that has allowed it continue on for many more seasons without him.

At the base, Supernatural actually has a very simple story, but the show’s ability to form the narrative and deliver to fans week after week and season after season without becoming lost or convoluted is truly remarkable. The simple premise of two brothers hunting supernatural beings across America quickly turns into a storyline with discreetly woven in details and aspects that, before fans even realize it, they have been sucked in to every episode. The small details play a very important part of quietly building into a story until it has become an entire story arc for an entire season. Perhaps most importantly, it is one of the few narratives on TV which has reached continuous success without having to focus on a romantic relationships, which is heavily relied on in most series. Supernatural can appeal to so many different people, from avid fans to occasional viewers and it really seems to be able to do no wrong.

Along the same line of storytelling, Supernatural has been able to build up incredible storylines such as the build up to the Apocalypse that all together created an entire universe fans get obsessed with and invested in. Needless to say, the show has no basis in reality, yet it creates a world that seems not only possible, but completely plausible and, not only that, never falters within those lines even after 13 seasons. Supernatural has taken a great interest to many people, which is urban legends and ideas of Heaven, Hell, Angels and Demons and made the show into something for which those people can explore those ideas even more.

Every show owes its success to its fans. Without viewers and support, no show can continue and Supernatural’s support has been so great that it has not only continued, but broken records along the way. The thing is Supernatural‘s fandom has become quite well known because of their extreme dedication to the series, the cast and the stories. Their interaction and engagement with all things Supernatural has spurred the series on, and brought the best out of the crew and actors in hopes of meeting and exceeding the expectations of the most loyal fans. Producers have been known for being active on social media in order to interact with fans and, of course, there was that complete fan-based “Fan Fiction” episode, honoring their fans for the 200th episode.

As mentioned, Supernatural may have two handsome stars and run on one of the most popular networks which is best known for “teen dramas,” but it really doesn’t fit into normal categories aside from those things. It does not rely on romance to further storylines, but focuses on other relationships not as adamantly explored in most other shows, which is the relationship between the brothers, Sam and Dean Winchester. Then, of course, there is the fact that it does not cut corners when bringing the “horror” of the supernatural. For a CW show, Supernatural doesn’t hint at action and cut away which is indicative of other great fantasy shows like Buffy and The X-Files. Instead it shows you gruesome deaths, smashed bodies, removed limbs and flesh splices.

Supernatural has now been through two networks, and at least three showrunners, and while not every episode can be television gold, the previously mentioned storytelling and world-building is all thanks to the writers and their dedication to detail. No matter who is on board, the writers have to follow scripts that stay true to the long established stories and of course fit the characters perfectly, and through all of the seasons, Supernatural has achieved this.

With a show so focused on two central characters, Supernatural has only really left doors open for most other characters to be “recurring,” yet they have had so much success with these characters that they have become as well loved as Sam and Dean. The minds behind Supernatural are extremely good at casting guest actors, giving fans even more to go nuts over.

Many critics, Supernatural fans, and television fans in general have explored reasons how one show has lasted so long when even some similar series only made it 9 or 10 seasons at the very best. Interestingly enough, many have come to one unanimous conclusion as to just why Supernatural is so successful and that is because it is funny, but it isn’t a comedy. The humor is often dark, but so funny it is hysterical, and most importantly, so well delivered that there is no denying that a key element in a show based on horror, mythology and lots of death is the humor. Jensen Ackles’ penchant for comedy in both his delivery and facial expressions has made it easy for writers to continue to throw the most absurd things they can think of at the character and he pulls it off every single time while the audience laughs out loud.

Thanks to fans that will embrace any sort of Supernatural tie-in, or spin-off, the series has been able to always bring something new, and keep their fandom on the edge of their seats. Not only has the show itself been able to remain popular, it has brought about spin-offs including Ghostfacers and Supernatural: The Anime Series, and Supernatural: Bloodlines.

Last but certainly not least and definitely the most obvious is the show’s lead characters. Fans needs stars who are believable in their roles and there is no pair better than Jensen Ackles and Jared Padalecki as Dean and Sam Winchester. They were cast so perfectly in fact that, in the beginning, Eric Kripke and producers had no clue just how strong the pair’s on-screen chemistry was. The series began with a “weekly monster” premise, but after watching the two actors together, the idea was scrapped in favor of focusing on their relationship as brothers. From brotherly bantering to emotional moments and everything in between, these two nail it and it doesn’t matter who your favorite is because they will always deliver to perfection.