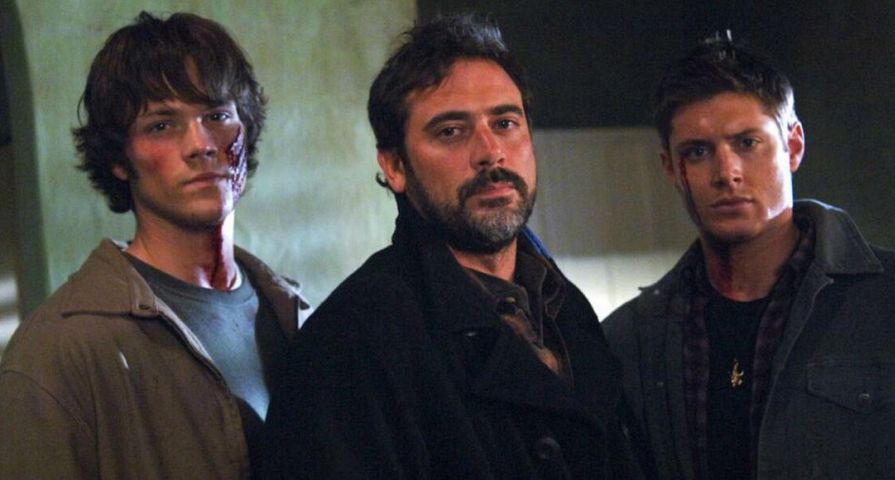 For manyseasons now, Supernatural has dominated on TV. Since its premiere in 2005, the series has gained a very large and very loyal fanbase who love everything there is to do with the show, from the cast and crew to trivia facts and of course fan conventions and spin-off projects. With hugely popular shows, it is always interesting to dive behind the scenes and learn even more about on-set secrets and the filming process! Check out 9 behind the scene secrets from Supernatural:

Initially, showrunners hired companies such as Entity FX to work on Supernatural for its premiere episode, but after the show’s success, they created an entire special effects department specifically for the series. Due to the detailed level of special effects needed for the show, it is quite a lengthy process to get a show ready for air. The visual effects supervisor has to go through the script and look for areas where the effects are going to be needed, and then has to meet with writers, and then has to be present for the filming of every scene to ensure that it is being filmed in the best way for the effects to be added afterwards. The department is also tasked with being the ones who come up with rules and physics for each creature to appear on the show which then has to fit into the story.

Unlike a lot of other series, Supernatural employs two composers specifically for the series. Each composer takes turns scoring episodes so that they always have an additional week to work on the score for their specific episode. As well as the original music, Kripke made certain to incorporate classic rock into as many of the episodes as possible, and made sure to keep a line between the score from the composers and the rock songs used; however, the composers have had to provide 15-20 seconds of rock music because it was too costly to acquire rights to the songs they wanted.

Supernatural‘s whole story began when Sam’s girlfriend was killed by a demon in a gruesome death in which Sam and Dean find her burning on the ceiling. As it turns, the original plan was to have their dad killed by a demon at the end of the episode, but the idea was scrapped as development for the show progressed so that the series could explore Sam and Dean’s relationship with their father instead.

Creator Eric Kripke spent years researching urban legends and all the tie-ins of Supernatural beliefs and has added what he has learned to the show in both big and small ways. For example, he actually used numerology to dictate when Sam would next encounter the Yellow-Eyed Demon, Azazel. Azazel comes back into Sam’s life exactly 22 years after the day he first disappeared and this was done because the number 22 is related to the idea that goals that go beyond an individual trump personal motivation, which is of course the situation Sam is in when he has to come to terms with his powers.

Unlike a lot of series, it would seem Supernatural‘s wardrobe department has a pretty easy job because there is rarely any outlandish costumes that they need to outfit the characters with. As it turns out, the wardrobe department still has a lot of work cut out for them considering that, in season 4 alone, Misha Collins, who portrays Castiel, went through 80 trench coats. Erick Kripke said that at the end of each scene he wanted Castiel’s coat to be burned, but never specified why.

A few years ago, Supernatural’s creator Eric Kripke opened up about about the amount of skin that Jared Padalecki and Jensen Ackles have ended up showing on-screen. According to Kripke he never intended that for either of the characters, but the shirtless scenes have come at the request of many, many fans. For instance Kripke added in a whole scene of the season 1 episode “Hell House” just for the purpose of making fans happy by having Jared Padalecki without his shirt on.

Before the show was even in production, Kripke knew that he wanted the car to be a major part of Supernatural‘s central story. Despite the ’67 Impalas prominence in the show now, he first intended for the car to be a ’65 Mustang, but it was actually Kripke’s neighbor who convinced him to change it. The neighbor told him that a ’67 Impala would be better because “you can put a body in the trunk” and “you want a car that, when people stop next to it at the lights, they lock their doors.” In the end, Kripke was very happy with his decision, stating, “It’s a Rottweiler of a car, and I think it adds authenticity for fans of automobiles because of that, because it’s not a pretty ride. It’s an aggressive, muscular car, and I think that’s what people respond to, and why it fits so well into the tone of our show.”

Speaking of the Impala, after 10 seasons, Supernatural had already explored a lot of unique and interesting avenues for the series, but in season 11, they decided to give the car the credit it was due with its very own episode! Despite the simplicity of the episode’s premise, quite a lot of work had to go into and it was actually one of the most interesting ones for the cast to film out of them all. Of filming the episode, Jensen Ackles stated, “The fact that we were shooting everything from essentially one character’s perspective and that character happens to be a car, but keeping everything inside […] You didn’t have, you know, two dozen crewmen staring at you holding equipment, holding a boom…There was none of that, it was just two guys in a car driving, with little cameras set up around the car, so that aspect of the filmmaking, it was almost a little more like a live performance.”

Fans are well aware that Sam’s on-screen love interest, Ruby, quickly became his off-screen love interest as well, but as it turns out Jared Padalecki and Genevieve Cortese’s  real life relationship continued to mess up the plans for their characters. At first, Sam and Ruby were supposed to be married at the end of season 4, but at that time Padalecki and Cortese had just announced their engagement and showrunners didn’t want it to be “tacky,” for their characters to follow. Then in season 7, it was in the works for their characters to have a baby together after Ruby was re-incarnated, but then the pair in real life made the announcement that they really were expecting a baby.