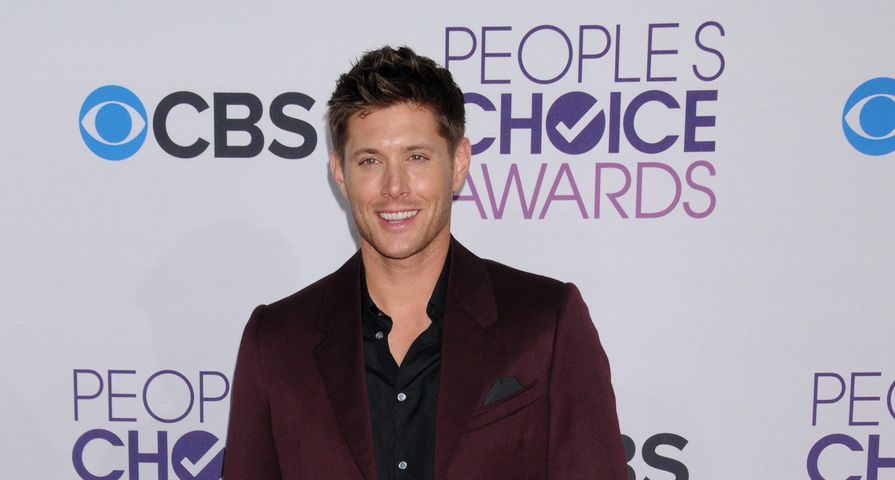 Actor Jensen Ackles has been charming fans on-screen since he began acting in the mid-90s, but it has been his starring role in the long-running CW series Supernatural as Dean Winchester that has made him a major star. His talent, good looks, and sarcastic/witty personality makes him impossible not to like. Although he has become such a big star, he leads a very private, personal life which means there is lots his fans still do not know about him. Check out 11 things you didn’t know about Jensen Ackles!

Back before he was a Supernatural star, Jensen dated none other than Jessica Simpson in the ’90s. Simpson allegedly spoke about their breakup years later on her show with then husband Nick Lachey Newlyweds: Nick and Jessica and stated that the relationship ended after Ackels cheated on her with LeAnn Rimes!

Before he was an actor, Jensen Ackles was a model. He started modelling at the age of 2, but quit when he was 4 only to start up again when he was 10.

Even though he did well modelling, which is a good gateway into acting, it was not his original career plan. Ackles originally wanted to study sports medicine at Texas Tech University and become a physical therapist. When acting opportunities called, however, he decided to move to LA and give it a serious try instead.

His decision to steer towards acting may have something to do with the fact that his father, Alan Ackles, is also an actor. Alan has appeared in series such as Dallas, and Walker, Texas Ranger, and he and Jensen have also worked together. They appeared together in the 2005 film Devour and in 2010 Alan appeared in Supernatural in the episode “Weekend at Bobby’s” as a newscaster and then in 2012 in the episode “Heartache” as Detective Pike.

Many are well aware that before Supernatural, Jensen Ackles took a guest starring role in the hit show Smallville from 2004-2005. He first additioned for the role of Clark Kent that went to Tom Welling, but was called back when the role of Jason Teague came up. Prior to that, however, he appeared in an episode of the ’90s series Sweet Valley High and then on Dawson’s Creek as C.J.

Jensen Ackles has a lot of varied interests. In highschool he played baseball and lacrosse, but is also a big football fan. He likes photography and is often taking pictures on set of Supernatural, and he also likes to golf and horseback ride.

After so many years portraying brothers on Supernatural, the bond between Jensen Ackles and his co-star Jared Padalecki is very real. He considers Jared his best friend and once stated, “I would jump in front of a bullet for him and not think twice.” They’re chemistry was immediate as well. “Jared and I are lucky to get along so well without having any effort to make. One day, the producers came to see us and told us they had never worked with actors who got along so well. It gives us the opportunity to make the relationship between Sam and Dean have credibility. I think the audience feels how much Jared and I like being together.”

After taking up modelling again when he was 10, Jensen had a hard time convincing his peers it was cool. “When I was in middle school, some of my so-called friends found a catalog I did for Superman pajamas. They made as many copies as they could and pasted them up all over school.”

Jensen Ackles has always been family oriented and, when he first moved to L.A. from Texas, his grandmother would send him letters once a week so that he wouldn’t get homesick. His close bond with his family has made him a very dedicated husband and father. Ackles married One Tree Hill actress Danneel Harris, who played Rachel Gatina on the hit show, on May 15, 2010. They welcomed their daughter Justice Jay “JJ” Ackles on May 30, 2013.

On his list of talents, apart from all of his hobbies as well as acting and modelling, it turns out Ackles can really sing too. He has sung lead on two albums Sharing the Covers with Steve Carlson, and Christmas with Friends with Jason Manns.

When he was younger, Ackles lost his best friend in a car accident in which his friend was killed by a drunk driver. Afterwards he made a necklace in honor of his friend which he now regards as his most treasured possession.