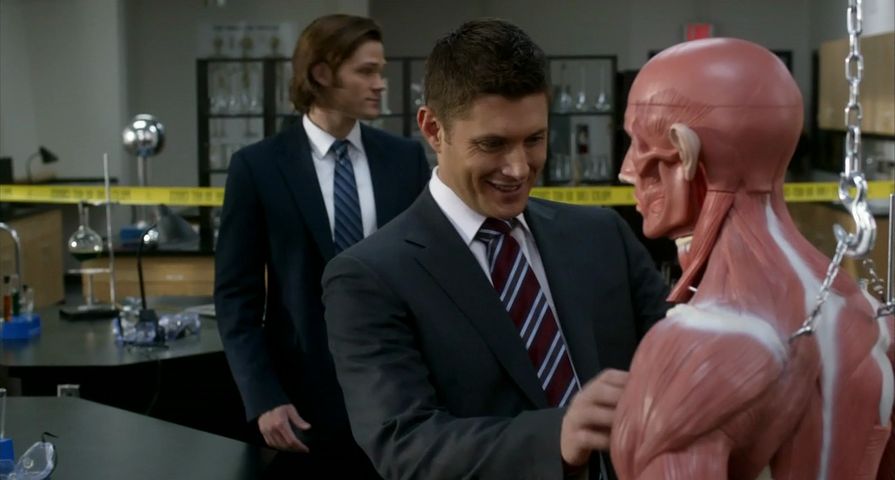 Supernatural is a great series, so great in fact that it is now into its 12th season and along the way has amassed one of the largest and most loyal fanbases of perhaps any TV show ever. Like with all long-running series, however, not everything can go flawlessly and amidst 12 seasons of episodes. There are always a few that were just not the writer’s best work. Since Supernatural fans are so passionate, there are always differences in opinions on the worst and the best when it comes to the series, but these 10 episodes are widely agreed upon to be some of the worst of all:

Sorry Supernatural, but Charmed did the Wendigo storyline way better years before. Season one’s “Wendigo” is perhaps one of the most contested episodes of Supernatural’s canon, only because it was clearly awful, yet it was only the second episode of the series, so fans have to cut it some slack. Regardless, after the amazing pilot episode, “Wendigo” was a huge letdown. Later, creator Eric Kripke admitted that the episode was one of the worst of all and was extremely disappointed with the wendigo design.

9. All Dogs Go To Heaven

Way more than is necessary it would seem Supernatural has delved into dog or animal episodes and while some were brilliant (Dog Dean Afternoon), season six’s “All Dogs Go to Heaven” was one of the worst. Overall the episode was downright strange, but more than that, many of its aspects were just a let-down. For animal lovers, the fear of adopting a dog because it could be a skinwalker was just sad, and then for the skinwalkers to be less than creepy or scary was just even more of a disappointment.

8. Season Seven, Time For A Wedding!

While season six had a lot of misses, season seven did not do itself any favors with its eighth episode, “Season Seven, Time For A Wedding!” This is one of the worst episodes to many fans because first and foremost it gives fans, especially female ones, a particularly bad name. Then of course there is the issues of Becky taking advantage and essentially assaulting Sam. Unfortunately, this was another goofy episode that just went that step too far off the rails.

7. Clap Your Hands If You Believe

Throughout many seasons, Supernatural has not been afraid to dive right into seemingly ridiculous episodes, and while many of those worked out wonderfully, season six’s “Clap Your Hands If You Believe” most certainly did not. Alien episodes are bound to be interesting, but then fairies were involved…and then leprechauns, and that was all fans needed to see. This episode went from a great source of one-liners to really dumb in a matter of minutes, and it was also problematic because it did not fit in with the show at all. Most fans will agree that quite a bit of season six was a wreck, and “Clap Your Hands If You Believe” is one of the reasons for that argument.

Season eight had a ton of good episodes but when it comes to “Man’s Best Friend with Benefits” there are just far too many underlying issues. For reasons yet to be explained, Supernatural has had one too many forays into hinting at bestiality, but this episode essentially didn’t even beat around the bush about it. Then comes the extremely obvious racist and homophobic undertones that had many fans wondering just what the heck the episode was trying to accomplish. Perhaps that is not what the writers were aiming at when they formed this episode, but the end result was nothing short of appalling.

With so many spectacular storylines, and of course an amazing cast, Supernatural audiences have become much too accustomed to great episodes, so when one is boring and literally stands as a “filler” episode it instantly gets ripped apart. Season six’s “Mannequin 3: The Reckoning” is a bad episode, and one of the worst, simply because it is just too dumb. Few fans like any episode in which the Winchester brothers split up, and this episode had not only that, but a over-the-top ridiculous storyline with such a silly ending that fans couldn’t help but face the fact that it was only there because they needed enough episodes to fill out a season.

For the most part, season one’s “Route 666” is largely forgettable, but the basis of a racist truck has led its way into one of the most disliked and generally worst Supernatural episodes out there. As the 13th episode of the show’s first season it was clear to fans that the show was still finding its way, but it was also clear that the series could in fact do much better than not only a killer possessed truck, but a racist one at that.

Season nine’s 20th episode had a lot of fans absolutely angry, and to many “Bloodlines” is the worst Supernatural episode of all. There were several issues with this episode, but most of all is the fact that it lacks Sam and Dean, although that was the point. To make matters worse, the episode was supposed to be a backdoor pilot into a whole new Supernatural era and it was so disappointing and met with such hate that the potential spin-off has since been dropped entirely.

It seems to be pretty obvious that, by the middle of each season, writers really struggle to put together a great episode. Season 10’s 13th episode “Halt & Catch Fire” is another example of a “filler” episode that fans just could not stand. The entire thing has been widely deemed as “lazy” when it comes to the writing, especially considering it hinged on Dean being “technologically illiterate” when it had been well established that he most definitely was not. This episode had little to no redeeming points and mostly just irritates fans straight to the point of complete frustration.

After 12 seasons it might be a little difficult to remember every episode, especially from early seasons, but season one’s “Bugs” stands out for all the wrong reasons. A lot of fans choose to give the episode a pass because it was so early in Supernatural‘s inaugural season, but that doesn’t change the fact that the series went on to make fun of the episode itself in season four’s “The Monster at the End of This Book.” It was ridiculous and detracted from the tone that the series was trying to establish for itself, and looking back at it now just exemplifies how truly awful this episode really was.