11 Things You Need To Know About True Detective Season Two 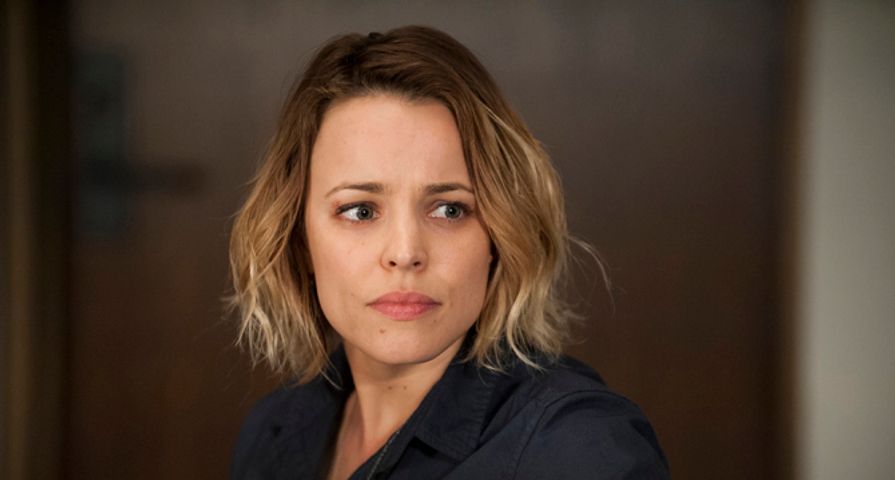 True Detective Season 2 will air June 21, 2015 exclusively on HBO.  The show’s all star cast includes Colin Farrell, Taylor Kitsch, Rachel McAdams, and Vince Vaughn.  The series is written and created by Nic Pizzolatto and will have eight episodes, the same as Season One and after the massive success of the first season with Matthew McConaughey and Woody Harrelson, fans cannot wait to see what these four stars will bring.

11. Sex and the City Connections.

Season One lead Matthew McConaughey and Season Two lead Vince Vaughn were both featured in episodes that were back to back on Sex and the City Season Three.  McConaughey played himself in episode 14 “Escape from New York” and met with Carrie over making her column into a movie.  Vaughn was in the role of a personal assistant posing as a Hollywood agent in episode 15 “Sex and Another City”.  In Sex and the City they were in back to back episodes, now in True Detective, they are in back to back seasons.

Season One of True Detective got heat for its lack of female characters (who weren’t prostitutes or victims).  As a result, Season Two will be introducing female officer Ani Bezzerides (McAdams) and Abigail Spencer will also be featured in a strong female role as Alisia – potentially the “missing girl”.  While the show follows one female officer out of the three law enforcement leads (Farrell and Kitsch), women make up 10% of America’s law enforcement officers as cited in a 2008 study.

9. A Series of Stinkers.

Vince Vaughn’s career is currently in a rut after starring in several unsuccessful films.  His latest film Unfinished Business (2015) received $13.5 million, while Delivery Man (2013) grossed $51 million, and The Internship (2013) earned $93 million (and had a budget of $58 million).  These are pretty sparse numbers by Hollywood standards.  After completing True Detective Season One, Matthew McConaughey went on to film Interstellar (2014) which accumulated $673 million.  Will True Detective have the same effect on Vaughn’s career?

8. Before Kitsch Got Rich.

While Season One took place in Louisiana, Season Two is located in California.  When Taylor Kitsch first moved to L.A. he lived out of his car.  To prepare for his move to L.A. from New York he dug ditches in Barbados six days a week and made $4,500 which he thought would last him six months in California.  He ran out of money in a month and ended up sleeping in his car.  To make money over Christmas, he delivered cookies and thank you letters to casting directors from his manager.

Half of the leads of True Detective Season Two are Canadian. Taylor Kitsch will play Paul Woodrugh, a California Highway Patrol Officer and former veteran with a tortured past.  Kitsch was born in Kelowna, British Columbia and grew up in Vancouver.  He moved to New York in 2002 to pursue acting and in addition to landing roles in John Tucker Must Die (2006) and Snakes on a Plane (2006), he was also an Abercrombie and Fitch model.  Rachel McAdams is also a Canadian native born in London, Ontario.  She starred on a Canadian TV show called Slings and Arrows (2003).

It is rumored that although Rachel McAdams is in a relationship with Jake Gyllenhaal, she is dating Colin Farrell after working on the set of True Detective. Farrell will play Ray Velcoro, a detective in Vinci, L.A. County who works for a corrupt police department.  Apparently McAdams and Farrell have a lot of chemistry when filming…

Rachel McAdams will actually be teamed up with familiar faces from her previous films.  McAdams and Vince Vaughn co-starred in Wedding Crashers (2005). Vaughn will be appearing in True Detective as Frank Semyon “a career criminal in danger of losing his empire when his move into legitimate enterprise is upended by the murder of a business partner,” (HBO 2015).  Kelly Reilly, who played Mary Watson in Sherlock Homes: A Game of Shadows (2011) which also featured McAdams as Irene Adler, will join the True Detective cast as Semyon’s wife, Jordan.

Rachel McAdams will play the role of Ani Bezzerides, a Venture County Sheriff’s Detective who faces a gambling and alcohol addiction in the upcoming season of True Detective. Allegedly, she was not the only actress considered for the role and beat out Jessica Biel, Elisabeth Moss, Jessica Chastain, Brit Marling, Keira Knightley, Rosario Dawson, and Malin Ackerman for the part.

1. One of these things is not like the other.

If you’re hoping that the second season of  True Detective  will reunite you with Detectives Rustin “Rust” Cohle and Martin Hart, you will be sorely disappointed.  True Detective was created as an anthology and will feature a completely different cast and storyline.  The newest installation of the series will focus on the murder of Ben Caspar, a shady Californian city manager.  Three officers from different branches of law enforcement are assigned to the case which has sinister and dangerous consequences.