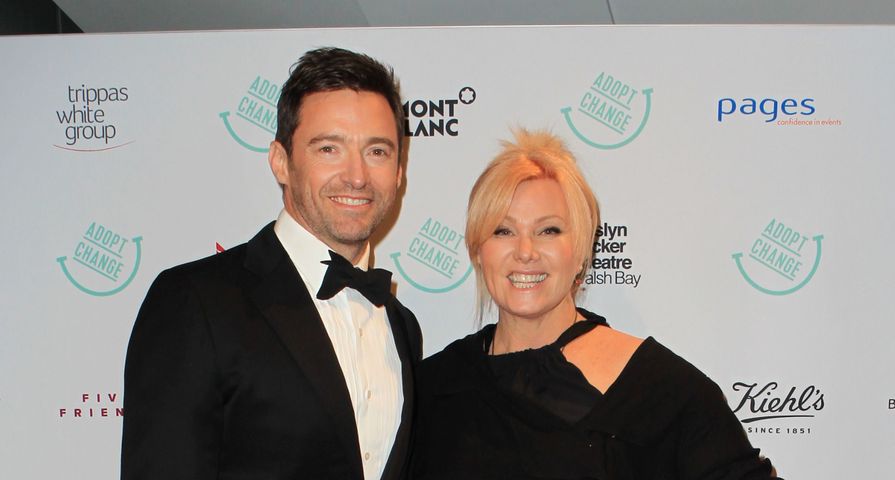 These days it seems it is more and more rare to hear about a long and loving celebrity marriage. Whether both people in the relationship are famous, or just one, it always seems to take a toll, but not when it comes to Hugh Jackman and his wife of over 20 years, Deborra-Lee Furness. The pair is perhaps one of the most down-to-earth and relatable celebrity couples out there who, despite fame and the length of their marriage, manage to stay pretty much out of the spotlight. Here are 11 things you didn’t know about the adorable pair and their relationship:

Hugh Jackman and his longtime wife met back in 1995 on the set of the Australian series Correlli, which was only Jackman’s second ever credited on-screen role, while Furness was the show’s lead actress. At the time Jackman was around 26 years old, and Furness was 39, but that also didn’t stop Jackman from developing real feelings for the leading lady. “She was the star and I had this major crush on her. Everyone did. The whole crew had a crush on her and I was so embarrassed by that, I didn’t talk to her for about a week,” Jackman recalled. 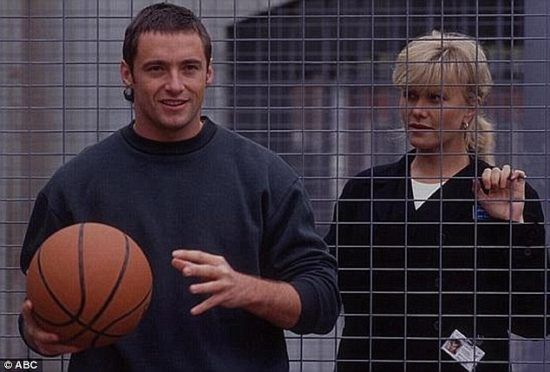 Although Jackman took the approach to not act on his crush and not talk to Furness, it seems Furness really didn’t see the relationship coming either. In a joint CBS News interview when asked if she was “reluctant” to be anything more than friends with Jackman, Furness said, “So reluctant. My New Year’s resolution was: I’m not dating any actors and definitely none under 30…meet my husband.” Despite holding back on both of their parts, it all became more when Jackman invited her over to a dinner party. “She said, ‘What’s a matter, have I annoyed you? You’re not talking to me anymore. What have I done wrong?’ and I said – I’d had a couple – and I said ‘oh look, I’ve got a crush on you, I’ll get over it.’ And she went, ‘Oh really.’ And I was like, ‘Oh, that is bad.’ And she goes, ‘Yeah, I got one on you too.’ And I’m like, ‘Oh, great!’ So that was it. Twenty-one years later,” Jackman explained in a 2016 interview. 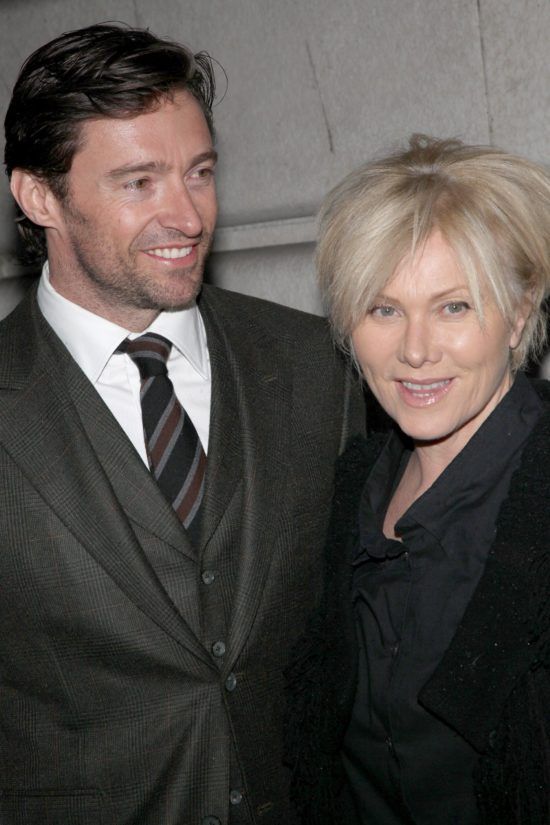 After deciding there was no point in trying to reject the feelings they had, they immediately fell in love, and Jackman knew right away he wanted to marry her. “I decided, I won’t ask her to marry me for six months. Then after four months I thought, that’s the most ridiculous rule!” Three and a half months into their relationship, Jackman had a platinum and rose-gold diamond ring custom designed for Furness. He then planned a romantic and surprise proposal with the help of a friend which included setting up a beautiful table with croissants and flowers beside a lake at a botanical garden. He simply asked Furness to go on an early morning walk with him, and when she saw the table, “Deb just stopped and said, ‘Oh, my God, it’s gorgeous,'” Jackman revealed. He added that at that moment a group of schoolgirls stopped and watched, “I whispered in her ear, ‘Surprise,'” and then got down on one knee and proposed. The schoolgirls then asked Deborra what she answered so, “Deb stood on top of the table and called out, ‘I said yes!'”

Eleven months after his romantic proposal, Jackman and Furness were married. The two said “I do” on April 11, 1996 at St. John’s in Toork, Victoria. Much to their dismay, many have called their marriage a “sham” insisting that Jackman is actually gay. While Jackman doesn’t really care about the rumors, he says that his wife is a “justice freak,” and “When she hears the gossip, she finds it hard to shut up about it. It’s frustrating that she doesn’t have a voice in the situation.”

Unlike very few Hollywood couples, Jackman and Furness got together before fame took over and have been able to weather the changes it has brought together. “I’m kind of really grateful that I met her before anything kind of happened. Everything that’s happened in my career and onscreen, offscreen, we’ve always done it together,” Jackman said. For those who have followed his career they know he has played a multitude of personalities and characters, and Deborra says it is part of the fun, “I’m always having affairs with these characters,” she said, while also joking she likes him a bit bigger than with his complete muscle look for his role as Logan/Wolverine. 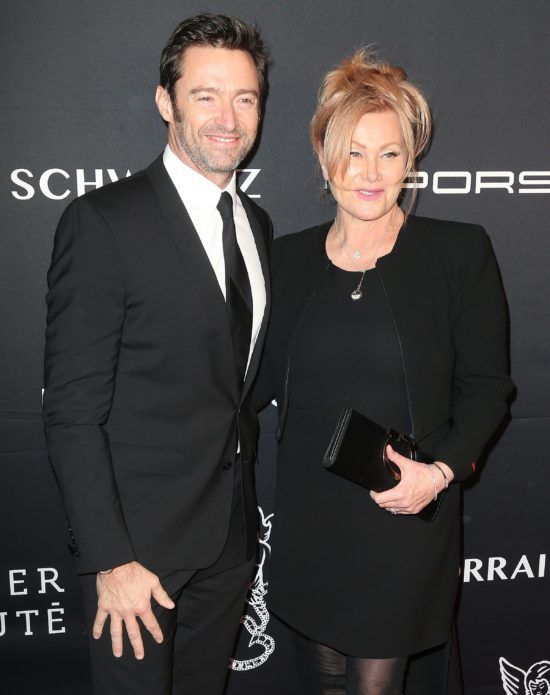 After over twenty years of marriage, Jackman and Furness know the importance of keeping the romance alive and the handsome actor shared his secret to their success in a 2013 interview. “My number one rule for romance is surprise. If I bring Deb flowers every Tuesday, yeah, it’s nice, but is it romantic? Especially when a couple has children, so much of life is about routine.” He then described a time when he told her he would be late on set working, but instead surprised her by not only returning home early but also made reservations at their favorite lunch place. “It was three hours before the kids finished school, and it was because it was unplanned,” he explained. He also revealed that they have a rule where he is never away from her and their family for more than two weeks, and it was his wife who gave him the idea. “When I met her, she’d already done about 20 movies, and she understood distance’s effect on intimacy. She said, ‘It’s not that I think you’re going to go off with a costar, or vice versa. But people get used to living apart. You get used to handling a problem yourself.’ We talk about everything all the time. The bedrock of any relationship is to communicate, and Deb and I have always done that, discussing what’s going on, good or bad.” 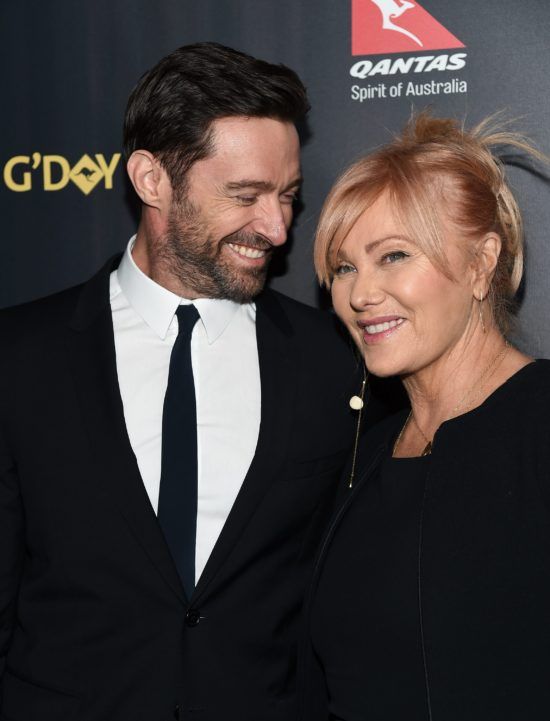 Following their April wedding in 1996, both stars wanted to start a family immediately, but it wasn’t as easy as they had hoped. Since Furness was already 40, they started in vitro fertilization but tragedy struck when she suffered not one, but two miscarriages. “It’s a tough process,” Jackman said in an interview. “While you’re going through IVF and get pregnant, every day is ‘We’re still holding! We’re still holding!’ You know how precarious it is and how much she’s been through to get there. And [miscarriage] is a massive letdown. It’s really difficult — and much harder for the woman.” Following their second miscarriage, the two, who had always wanted to adopt anyway, decided to focus more on that in order to create their family.

After deciding on adoption but wanting to continue IVF, the pair decided to go to U.S. because in Australia it wasn’t allowed for parents to adopt if they were going through IVF. Jackman said they made the “deliberate” choice to adopt mix-raced children because many of them are turned away by people preferring a baby of a certain race. He also revealed that they were even turned away by mothers or parents who didn’t want their child to go to “those Hollywood types who never stay together.” Finally in the Spring of 2000, they were given news that they were getting a baby, their son Oscar who is African-American, Caucasian, Hawaiian, and Cherokee. Then in 2005, they adopted their second child, Ava, at four days old, who was half Mexican and half German. 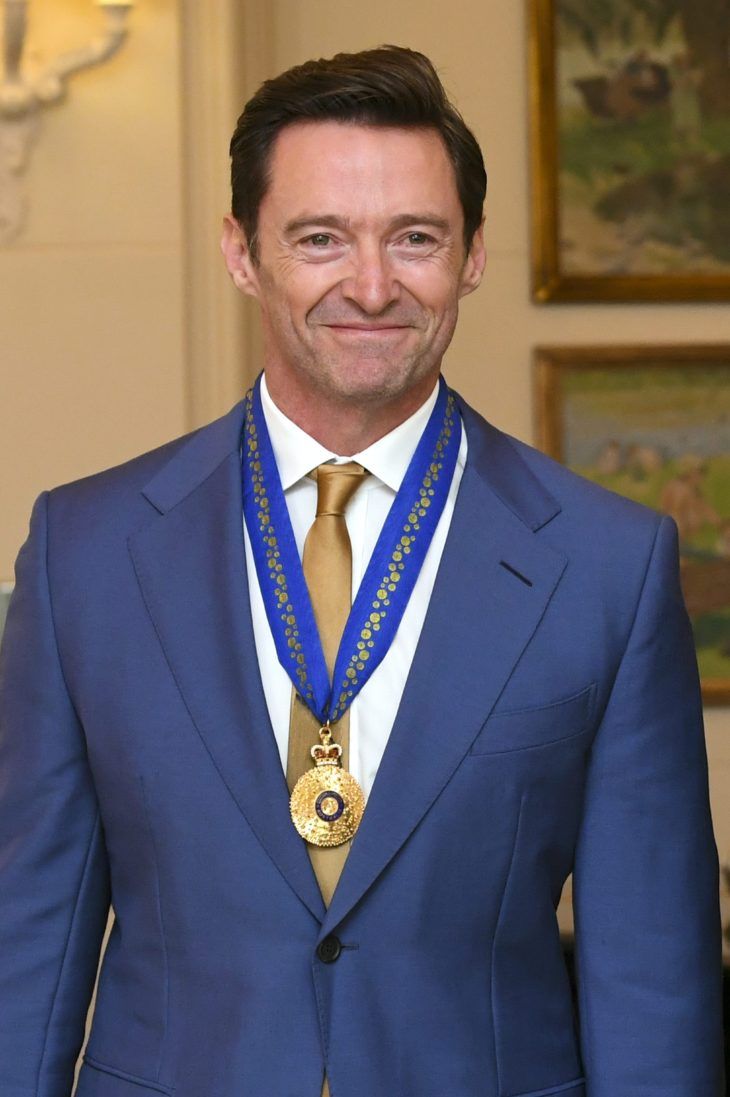 To many, it truly seems that Hugh Jackman and Deborra-Lee Furness are living a fairytale life. Not only is he one of the nicest and most charming men in Hollywood, but he is also highly sought after, while Deborra has her own impressive acting resume to bring to the table. Together the pair have an estimated net worth of $160 million. Furness has an estimated individual net worth of $10 million while Jackman brings in the remaining $150 million. 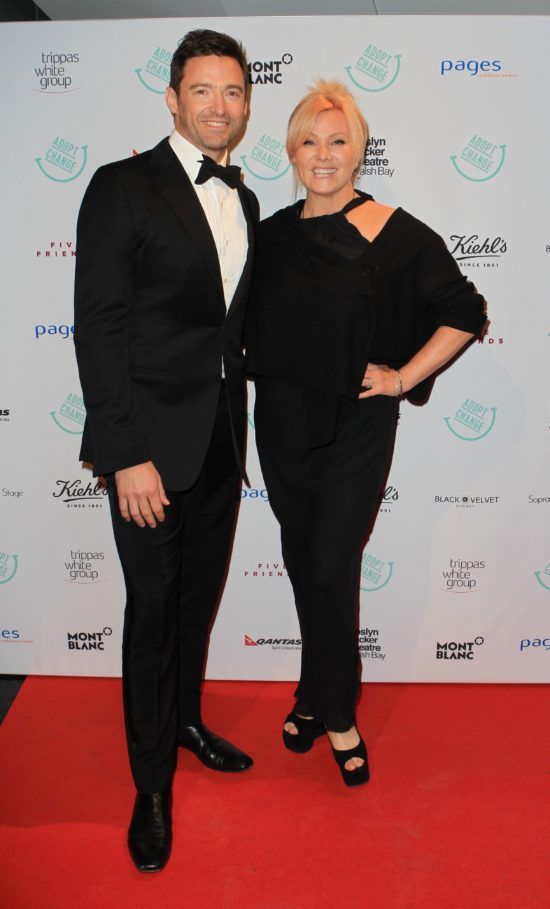 At the beginning of their relationship, Furness was the bigger star and there is no doubt that in the years since the spotlight has focused very much on Jackman’s ascent to the top of Hollywood’s A-list. Now people often tell her how “lucky” she is to be married to him because she is older than him, but she says luck has nothing to do with it. “That to me is a putdown. It’s like suggesting I won the chook raffle. I think we create our own destiny. When people look at my life, they don’t the challenges, just like I don’t know someone else’s. With every privilege comes responsibility and challenges.”

Back in 1999, Jackman and Furness were just a couple from Australia, and Jackman was not even close to being the Hollywood superstar he is today, but that all changed when he was offered the role of Logan/Wolverine in the very first X-Men movie which was released in 2000. As it happens, the two had come to L.A. for their adoption appointment, and Jackman decided to call his U.S. agent just to see if there were any opportunities while he was there, and it turned out the lead actor just dropped out of the main role in X-Men. At the time, the two didn’t have very much money and the role meant they could fully pursue their wishes to adopt, and it also meant many other things would change. Jackman revealed that at first his wife told him not to take the role, because she said it was a little ridiculous while Jackman had no idea what X-Men was, and thought they were asking him to play a member of an obscure Australian rock band called Uncanny X-Men. “It was the one time I was wrong,” Furness said about telling Jackman not to take the part. Jackman said he took the life-changing and career defining role despite his wife’s wishes because he “really didn’t have any other options.” 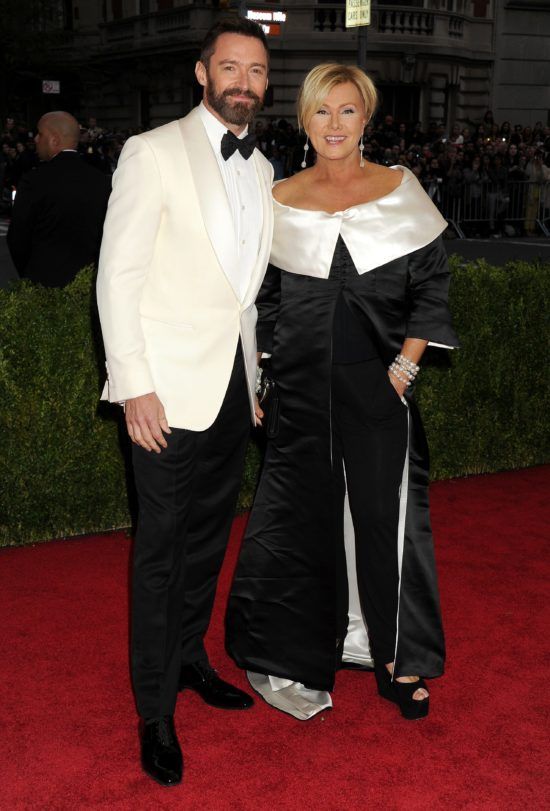