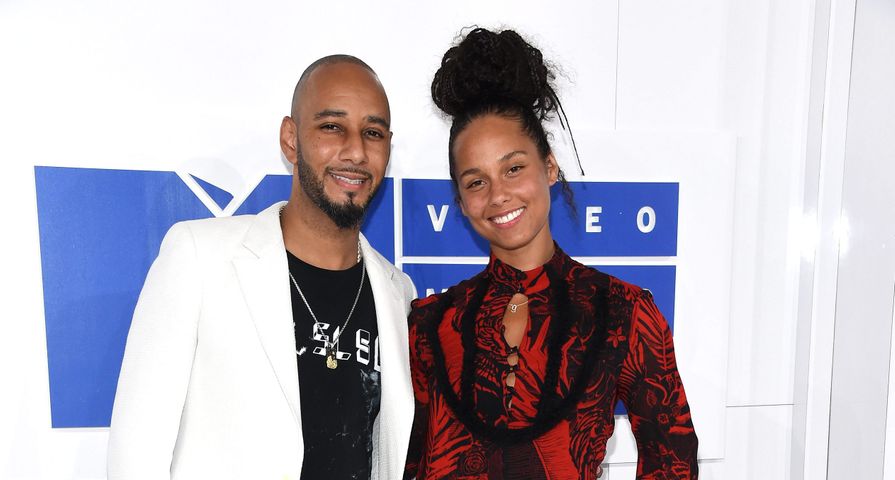 Alicia Keys and Swizz Beatz (real name Kasseem Dean) are one of those Hollywood couples who are so fiercely private and keep such a low profile that many people might not even know they were together! Not to worry, we’ve done all the digging and found 8 things you might not have known about Swizz Beatz and Alicia Keys relationship!

Many people have wondered how a sweet piano-playing singer met a hip hop producer. Alicia Keys said she met Swizz Beatz when they were teenagers — she was 16 and he was 17. They were introduced by a mutual friend.

7. It Wasn’t Love at First Sight

We all hear about these sweet love stories where someone falls in love the moment they meet their husband or wife-to-be. This was not the case with Alicia and Swizz. In an interview with Marie Claire, Alicia said she actually didn’t like him when she first met him. “Honestly, I didn’t really like him that much. I thought he was too ostentatious. Swizz will have the fastest car, the biggest jewelry, the loudest jacket. Everything with him is really over the top. I used to see him and think, ‘He’s so annoying,'” she said.

JStone / Shutterstock.com
Things You Might Not Know About Harry Connick Jr. And Jill Goodacre's Relationship

6. Resisted Working with Him

Not surprisingly, since she didn’t like him she didn’t want to work with him. Her management team tried to get them to work together several times, but she resisted over and over until one day she finally gave in. “I fought it tooth and nail. Why should I work with him? Finally, though, we did it and we had a ball,” she said to Marie Claire.

The timeline of their relationship is a little fuzzy, especially considering Swizz was formerly married to Mashonda Tifrere, and still married to her around the time that Alicia and Swizz reportedly began dating. Once Swizz was separated from Mashonda in 2008, Alicia through him a surprise birthday party at New York’s Guggenheim Museum. They’ve never confirmed at exactly what point they began dating, but after much speculation, Swizz confirmed their relationship in Drake’s song “Best I Ever Had” when he said, “She gave me a party at the Guggenheim…What’s next? The ring? The baby? She really loves me.” Swizz has produced a number of Alicia’s singles like “Million Dollar Bill,” “Put It in a Love Song,” “New Day,” and several songs on her newest album, Here.

Their relationship moved really quickly after they started dating. Swizz proposed to Alicia in 2009, and when they announced their engagement, they also revealed they were expecting their first child together! They got married on the French Island of Corsica in July 2010, three months before she gave birth to their first child, a son named Egypt. They welcomed another son, Genesis Ali Dean, in December 2014.

Both Swizz and Alicia have vehemently denied any rumors that Swizz cheated on his ex-wife, or that Alicia broke up their marriage. In separate interviews, they’ve both explained that Swizz and Mashonda had been separated for months prior to their relationship. On the flip side, Mashonda has told a different story through her Twitter rants, interviews and open letters. Mashonda claims she didn’t feel “separated” from her husband because they’d just had a baby and were still engaged in a sexual relationship. To make matters worse, Swizz had welcomed a baby with a third woman named Jahna Sabastian in 2008 while this was all going on. It seems we’ll never know what exactly is the truth, but it seems to be all good between the three now because in March 2014, Alicia, Swizz, and Mashonda were all spotted on vacation in Nikki Beach with their children.

2. What They’ve Taught Each Other

Like in most successful relationships, Alicia and Swizz make each other better and according to Alicia, she’s learned how to live life to it’s fullest from him, and she believes she’s taught him a lot as well. “I think we’ve taught each other a lot. He’s taught me to live more fully, and I think I’ve taught him to live more deeply,” she said.

Maintaining a relationship while working in the entertainment industry can be extremely hard, so it’s always interesting to hear how each star keeps their relationship going. For Alicia and Swizz, they rely on secret weekend dates. “[Swizz and I] like surprising each other and going on secret weekend dates,” she said to People. “One of us plans it and the other has no idea where we are going. We’ve found some undiscovered gems and moments to take hikes or walks or just discover new things about life and each other. Those are my favorite times.”