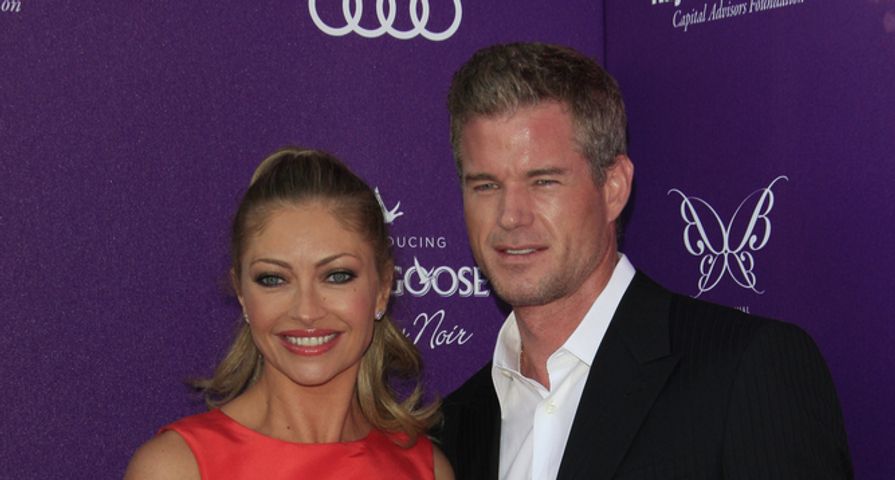 Eric Dane and Rebecca Gayheart have been married for over a decade now. Even though there have been a few instances when these two have landed in the gossip rags, they have otherwise kept a surprisingly low profile, so low in fact that most people tend to forget that they are even married. These two are going to be celebrating 13 years of marriage so, in honor of their anniversary, check out these 7 things most people don’t know about the ultra-private couple:

The couple only dated for ten months before they were married. According to Dane, how they met isn’t a particularly interesting story. “It’s probably one of the least interesting stories in the world. It went basically like this: ‘You wanna go out?’ ‘Yeah, sure.’ Ten months later, we were married,” he told Flaunt magazine.

The two got married after Gayheart dared him to propose to her. “We were having dinner at a restaurant and she asked me if I ever did anything impulsive and I said, ‘Like what? Ask someone to marry me?’’ and she said, ‘Yeah, something like that,’ and I said, ‘Do you want to marry me…?’” he told WENN. “I was terrified and she said, ‘Yes,’ I said, ‘Check,’ we got the check, jumped in my car, we got the last flight out of Los Angeles to Las Vegas. We’ve been happily married ever since and we have two beautiful little girls.”

In 2009, Gawker released a video of Dane, Gayheart and Kari Ann Peniche all hanging out together naked. While no sexual acts occurred in the video, Gayheart was holding a suspicious-looking pipe. All three have claimed that there was no sex involved. According to Pinache, the tape had been recorded two years prior and it was country star Mindy McCready, her roommate at the time, who had stolen it when she moved out. When looking back on the scandal, Dane told People, “We’ve all made mistakes. My one regret is that I got the person I love most wrapped up in all that: Rebecca.”

Rebecca and Eric have two daughters together: Billie Beatrice, who was born on March 3, 2010, and Georgia Geraldine, who was born on December 28, 2011. The couple had reportedly been trying for a while before they finally got pregnant and for both of their pregnancies they didn’t formally confirm that they were expecting. After starting a family together, Eric told People that he has become more attracted to Rebecca as a result. “You know, I’m a hundred times more attracted to her now and I love her exponentially more than I did before. It’s just great to see her be a mother,” he said.

The actor understands that his actress wife will have to kiss other guys when she’s filming shows, so he doesn’t really get jealous. “I don’t want her to kiss other guys,” he said. “But it’s part of the job. I don’t really have a problem with it.” Although there were rumors that she was jealous of her hubby’s success with Grey’s Anatomy, those rumors have not been substantiated.

On-screen, Dane may have played a doctor and now a captain, but at home, the former ‘90s actress is the one who has the control in the relationship. “My wife is definitely the one behind the steering wheel,” The Last Ship star told Bild.de. “She does, so to speak, wear the trousers.”

According to the former Grey’s Anatomy star, he and his wife don’t bicker anymore. “Yeah. We don’t bicker at all. Once you have kids, there are really no big deals anymore. We realized that the little stuff that used to bother us doesn’t bother us anymore,” he told Your Tango. Their relationship also doesn’t take a lot of work – they just get along. “I was going to say ‘it’s work, relationships take work,’ but that makes it sound like relationships are hard, that they’re work. Rebecca and I have always gotten along really well. We’ve always had a really strong connection. I’m the last guy that should be giving people advice on love, that’s for sure. But I have a great marriage. I just got lucky, I guess,” he said.