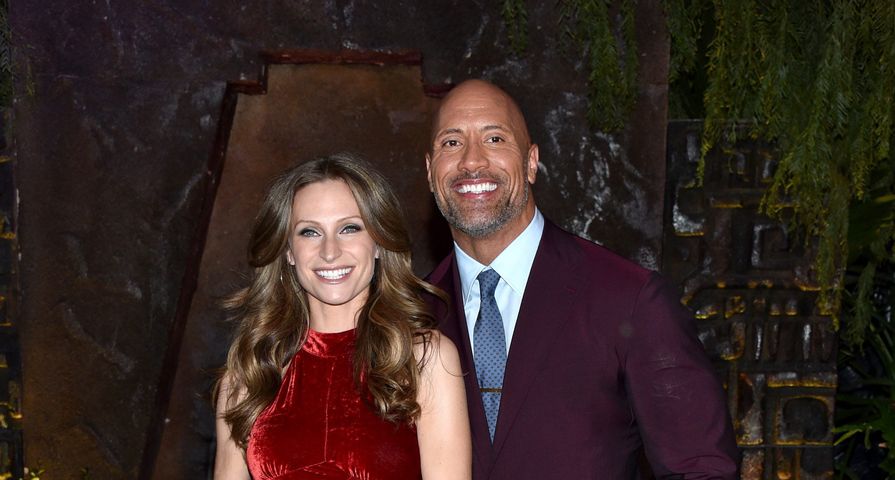 Dwayne ‘The Rock’ Johnson and Lauren Hashian have been together for over a decade, which may come as a surprise to some people because they rarely appear in public together and are fiercely private about their personal lives. While Hashian gladly lets Johnson bask in the spotlight all on his own, she’s also famous in her own right. The singer-songwriter is the daughter of Boston drummer, Sib Hashian! Since this cute couple recently announced they have another baby on the way, we’ve decided to dig up 12 things you probably didn’t know about their relationship!

Johnson and Hashian met on the set of The Game Plan, but they didn’t start dating until a year later. Like we said, these two are fiercely private and rarely ever make any public appearances together. Even though they’ve been together for about 10 years, they didn’t make their red carpet debut together until 2013 at the L.A. premiere of G.I. Joe.

11. He Credits His Success to Her

In a 2015 interview with Esquire, Johnson took a moment to brag about his significant other. “We do these stories and we talk so much about the business end, the success end, but then Lauren isn’t mentioned and my daughter isn’t mentioned. I always like making sure we find the balance and my home life is in there and Lauren Hashian is in there and my daughter is in there. You gotta get the better half in there. With all the cool shit and success that I’ve been lucky enough to get? That doesn’t happen unless the home life is solid,” he said.

Even though these two have been public with their romance for several years, they’ve still only walked four red carpets together and she rarely makes any appearances on his social media. Their first red carpet appearance was at the 2013 premiere of G.I. Joe, then 2014’s Hercules, followed by the 2015 Academy Awards and most recently at the Jumanji premiere in December 2017. Seems like these two like to give each other a lot of space when it comes to their careers!

9. She Was There When He Found Out About Paul Walker’s Death

One of the most devastating moments of Dwayne’s life was finding out his longtime friend and former Fast and the Furious co-star had passed away in a car accident. Lauren was there with him when he first found out and she was the one who told him. “I was driving with Lauren when she immediately turned very quiet and was looking at me, studying, wondering if I knew. I pulled over and looked at my messages and had a moment where I just caught my breath,” he said to the Hollywood Reporter.

In an interview with People, the Moana actor described his relationship with Hashian as “the greatest relationship” because they are able to make each other laugh. “First of all, she teases me about everything. Everything. Nothing is off limits in our house. And it’s the beauty of it. And I tease her with everything,” he said.

In an interview with People, Dwayne Johnson gushed about his long-time girlfriend and admitted that he’s only been in love twice, first with his ex-wife Garcia, and now Lauren Hashian. “I was so fortunate to have fallen in love once. To fall in love again? That’s a hard thing to do twice in the position I’m in. I’m one lucky son of a b-tch,” he said.

6. Spend A Lot of Time With First Daughter, Simone

No doubt Dwayne had one of the most amicable divorces we’ve ever seen in Hollywood, and a lot of it must be thanks to his laidback girlfriend, Lauren Hashian. She doesn’t mind sharing her life and beau with his past which includes his daughter Simone and even his ex-wife Garcia who’s still very much around. In a 2015 interview with Esquire, Dwayne said he and Lauren travel to Florida to visit his daughter often: “I’ve lived with my longtime girlfriend, Lauren Hashian, going on, like, eight, nine years now. She’s a singer-songwriter. We spend a lot of time with my daughter in Florida, Simone, who’s 13.”

One of the reasons that Dwyane is still able to still work so closely with his ex-wife Dany Garcia while dating Lauren is because both he and she have moved on with people who share the same values. Garcia said to Newsweek, “What brings the magic is the perspective from Dave and Lauren. They’re focused on family, they have so many of the same virtues [as we do].”

3. She Makes Him Smile

In an episode of Oprah’s Master Class, Dwayne Johnson opened up about why he can’t stop smiling lately, and it’s all due to Lauren. “I’ve learned the power that we have to make other people happy and content in a relationship. I wake up every day so grateful and so thankful that [I] have someone like that. Someone who could walk through this world with,” he said. “This is the kid who grew up an only child, who shouldered all the family’s problems. That kid, who had a hard time with relationships, to this man today. Yeah, the smile is real, when I think about that.”

2. Will They Get Married?

While there are many couples in and outside of Hollywood that choose not to get married, it still seems to be something that is fairly uncommon. Now that Dwayne and Lauren have been together for 10 years and share two children together, it’s natural for people to wonder whether or not they are considering getting married someday. In an interview with Elle, Johnson was asked if a wedding is in their future and he said, “I can see it happening.” On August 19, 2019, the actor surprised everyone by taking to his Instagram to reveal he and Hashian had married in Hawaii over the weekend!

1. Lauren Saved Him From Depression

You wouldn’t think the Rock, who’s one of the most lovable and just genuinely happy actors in the industry suffered from depression, but he has several times. One of the worst occasions was after his divorce from his college sweetheart, Dany Garcia. The two have an amazing relationship today; they co-parent their daughter Simone, and Garcia still runs his production company. Not only that but Garcia’s brother is Johnson’s producing partner and her husband is his conditioning coach. In an interview with The Hollywood Reporter, Johnson said that Hashian was the one who pulled him from his depression. They began dating around the same time Johnson went through his difficult divorce. “She embraced and loved me at my very worst and lifted me up to be my very best,” he said.