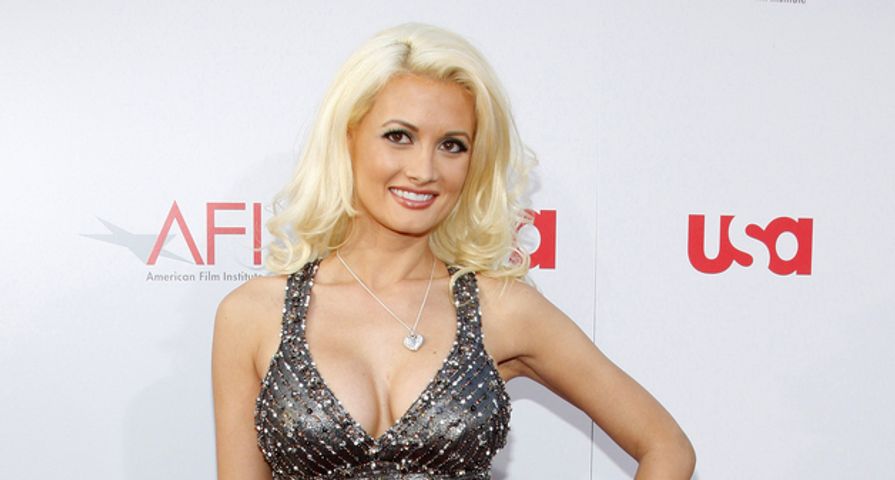 Most people are familiar with Holly Madison because of her relationship with Hugh Hefner, which was closely followed on the hit reality TV show, The Girls Next Door. Since breaking up with Hef and leaving the reality TV world, the blonde bombshell has been keeping busy by writing a couple of books. Since she has a birthday coming up, get to know the star with these 11 not widely known facts about her:

The former reality TV star worked as a model for Hawaiian Tropic to supplement her income when she was first living in Los Angeles. It was during an event for Hawaiian Tropic that she was invited to one of her first Playboy Mansion parties. Hugh Hefner’s physician had scoped her out while she was dressed in a swimsuit and a Miss Hawaiian Tropic pageant sash and asked her if she’d be interested in coming to the Midsummer’s Night Dream party at the Mansion which is where she met Hef.

When Madison first moved to Los Angeles, she got a job working as a waitress at Hooters. While working there, she first heard about Hugh Hefner’s legendary parties. She continued working at Hooters until she was living at the Playboy Mansion. Hef demanded that she quit when she asked him if she could go participate in the national Hooters bikini contest, so she did.

The Peepshow star studied theatre and psychology for two years at Portland State University before she transferred to Loyola Marymount University in Los Angeles. Going to L.A. was a lot more expensive than studying in Portland, Oregon, so she had to work as a waitress and a model to make ends meet, but these jobs ultimately ended up distracting Madison from her education, so she dropped out to pursue an acting career.

Holly Sue Cullen was born on December 23, 1979 in Astoria, Oregon, to Steve, who worked in the maritime shipping industry, and Patsy Cullen. She has two younger siblings, a brother named Joseph and a sister named Stephanie. Because of her father’s job, the family moved around. When she was two, her family moved to Craig, Alaska, on Prince of Wales Island, and when she was in middle school, they moved to St. Helens, Oregon.

7. Dancing with the Stars

The Girls Next Door star replaced Jewel on season eight of Dancing with the Stars after the singer fractured her tibia in both legs. Unfortunately, Madison didn’t have much luck either, as she injured her ribs while on the show and needed medication to treat the pain. Lucky for her, she and her partner, Dmitry Chaplin, were eliminated in week four, which put an end to her suffering.

Madison has been involved with several famous men. Her most famous boyfriend was Hugh Hefner, who she dated from 2001 until 2008. They tried to have children together via IVF, but none of his sperm were viable. She then briefly dated magician Criss Angel in 2008 and Benji Madden from 2009 to 2010. In 2011, she dated Jack Barakat, a singer for the band All Time Low, who she met on Twitter. She then hooked up with Pasquale Rotella, a party promoter and CEO of Insomniac Events. They have been together since 2011 and were married in 2013. They have two children together: a daughter Rainbow, who was born in 2013, and a son Forest, who was born in 2016.

In April 2016, the blonde bombshell opened a 1920s-inspired speakeasy in Las Vegas called 1923 Bourbon & Burlesque. The prohibition-style bar will feature dancers who will work the room, as well as a four-piece band. Madison will also, on occasion, be singing at the club and will be accompanied by dancers, who strip down to their undergarments, perform with her.

The former Playboy model has been quite vocal about the plastic surgery she’s had. When she was in college, she took out three credit cards to pay for her breast implants. While performing on Peepshow, she took out a $1 million insurance policy on her breasts. According to her, if anything were to happen to them, she’d probably be out a million dollars. Madison has also had her nose done. She did this while living at the Playboy Mansion. She would get photos of herself after events and didn’t like how her nose photographed, so she asked Hef if she could get a nose job. At first he was against the idea, but then he approved it and paid for it!

Although she claimed on The Girls Next Door that she never had an interest in being a playmate, in her book Down the Rabbit Hole, she admits that during her second year of college, she went to an open call for the magazine’s Playmate of the Millennium. She wasn’t the only former girlfriend who entered this contest – Bridget Marquardt also auditioned, but neither of them won.

While living at the playboy mansion, the Holly’s World star struggled with depression and had even contemplated suicide. At one point, she asked Hef to see a psychiatrist, he flat out refused, but she was able to see a therapist, who diagnosed her with depression brought on by anxiety. She was prescribed an anti-depressant, which she later weaned herself off.

The reality TV starlet wasn’t a fan of small town life and would escape her mundane surroundings with Marilyn Monroe movies, her favorite being How to Marry a Millionaire. It was from watching these movies that she became obsessed with the glitz and the glamour of Hollywood and decided that she wanted to become an actress.