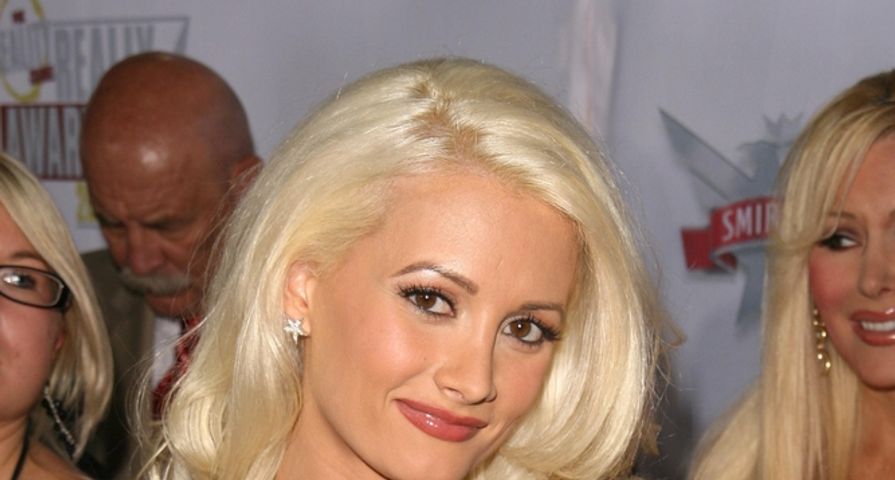 Holly Madison’s memoir “Down the Rabbit Hole: Curious Adventures and Cautionary Tales of a Former Playboy Bunny” is coming out this month and some of the salacious details have already been leaked. So far, we’d say that this book is looking really good. She doesn’t hold back at all. It looks like the Playboy magnate didn’t make her sign a non-disclosure agreement, which means that she can say whatever she wants about her time at the Playboy mansion. For those of you are interested, here are the 8 most shocking revelations from the book so far.

According to Holly, when she first met Hef, he offered her Quaaludes. When she declined, he reportedly said, “Usually, I don’t approve of drugs, but you know, in the ‘70s they used to call these pills thigh openers.”

Holly alleges that Hef controlled everything, right down to his girlfriends’ appearances. He wanted all of his girlfriends to have long, white-blonde hair, so he became particularly irate when Holly cut her hair short. She claims that Hef threw a string of insults at her when he saw her hair, one of them being that she looked “old, hard and cheap,” and he even spat on her.

Hef Pitted His Girlfriends Against Each Other

Holly asserts that Hef was a master manipulator. He reportedly wanted his girlfriends to feel a sense of competition, so he would pit them against each other. “There were always different political alliances with the girls,” she wrote. “Hef liked to play the main girlfriend off the youngest one to try to create competition.”

“When I think about it now, it’s almost comical. Every red-blooded American male has no doubt fantasized about what went on in Hugh Hefner’s bedroom with his harem of blond bombshells. The answer? Not a whole lot,” she wrote. A number of the women would get intimate with Hef during these rendezvouses; however, there was absolutely no intimacy. “My turn was over just as quickly as it had started,” Holly claimed.

Holly and Kendra Wilkinson really are enemies. In her memoir, Holly discusses how Kendra totally cut her and Bridget Marquardt off once “The Girls Next Door” finished filming. Holly texted her about it and Kendra exploded: “WHO ARE YOU???? I DON’T EVEN KNOW YOU! WE WERE NEVER FRIENDS. IT WAS ALL JUST WORK.”

Holly didn’t care though. “After that, I deleted her number from my phone. Kendra and I haven’t spoken since, and I have to say, I don’t miss her,” she wrote.

While living at the Playboy mansion, Holly became suicidal. “Maybe it was the pot and the alcohol, but drowning myself seemed like the logical way to escape the ridiculous life I was leading,” she wrote. “I just couldn’t take my misery anymore. Of course my family would be devastated, but I rarely saw them enough for my absence to make a difference.”

Hef and Holly Tried To Start a Family

While Kendra and Bridget were still living at the mansion, he tried to start a family with Holly. “I know how absolutely insane it sounds to want to have kids with someone in their 70s. You are basically robbing a child of his or her father before it is even born. Now that I am a mom myself, the idea seems even more unpalatable,” she said. “But I suppose I thought of it as a ticket out – in more ways than one. The last time the mansion had been multiple-girlfriend-free was when Hef was married and had two children.”

Unfortunately, the semen samples that Hef submitted were not viable, which prompted Holly to leave. “This was concrete proof slapping me in the face that there was no future for me at the mansion and it was either sit in there and rot or take the plunge and face the world,” she wrote.

Hef Put Holly in His Will

When Holly was going to leave Hef for good, he tried to get her to stay by putting her in his will. “It was there, in black and white. The will stated that $3,000,000 would be bestowed to Holly Madison at the time of his death (provided I still lived in the Mansion). At the time, it was more money than I’d ever know what to do with… But I didn’t want it. I actually pitied him for stooping to that level. I couldn’t help but be offended. Did he really think he could buy me? I put the folder back on the bed just as I had found it and never breathed a word of it,” she wrote.